Experts expect an increasing number of dollar millionaires - and Mercedes will focus more on them in the future. 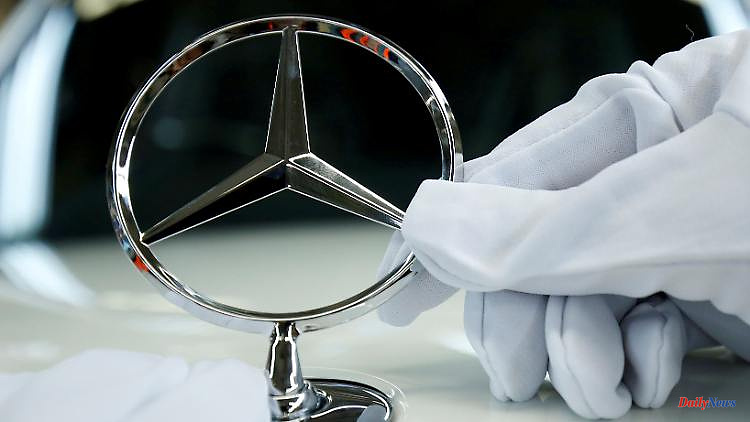 Experts expect an increasing number of dollar millionaires - and Mercedes will focus more on them in the future. The luxury segment is expanded. Three entry-level models, on the other hand, will disappear. With the expansion of e-mobility, they would no longer be needed for the green footprint.

The car manufacturer Mercedes-Benz focuses on luxury and intends to sell more top-of-the-line models such as the S-Class, Maybach and AMG in the future. "The company will focus even more on the luxury segment, further upgrade the product portfolio, accelerate the path to the all-electric future and strive for structurally higher profitability," said the Dax group. As the largest luxury car manufacturer with a good 300,000 vehicles a year in this segment, the brand with the star wants to build the “most desirable cars in the world”, said Mercedes boss Ola Källenius. At an event with around 100 analysts, influencers and customers in Monaco, he announced that their share of sales should increase by a good 17 percent from 11 percent in 2019 to 2026.

According to Mercedes-Benz, the market for expensive, chic luxury cars will grow disproportionately in the coming years - not only in China, but also in Europe and the USA. Credit Suisse estimates that the number of dollar millionaires will increase to 84 million by 2025. The Swabians are therefore fanning out the range in the top of their three segments with cars that cost upwards of 100,000 euros.

Even more expensive special editions for collectors are to be built in small numbers in the manufactory. "Many customers are willing to pay a surcharge for this luxury," said Head of Development Markus Schäfer in an interview.

In contrast, Mercedes-Benz has reduced the entry-level segment of compact cars from seven to four models. It will be called "Entry Luxury" in the future. What will be completely eliminated from the A, B or C class in the age of electric cars remained open. The cheapest Mercedes should offer more comfort in the future, explained Schäfer. "We're going up in terms of content and technology. We're going to be massively enriching these vehicles." Schäfer still wants to keep costs under control. Digitization should accelerate development and simplify production.

So far, the compact cars have been used to comply with falling CO2 emission limits, said Källenius. With the now even more accelerated switch to e-cars, this equation no longer applies. The brand with the star wants to cover up to 50 percent of its sales with partially and fully electric cars by 2025 and switch to 100 percent emission-free e-cars by 2030 if there is sufficient demand.

The clear double-digit return achieved since last year should become permanent, even under unfavorable market conditions. By the middle of the decade, a return on sales of around 14 percent is aimed for in a favorable environment, around 12 percent under normal market conditions, 10 percent in the unfavorable case and eight percent in a miserable situation. So far, according to the weather map system presented in October 2020, the Swabians have only dared to achieve double-digit returns when the sun is shining.

Before the special situation of the corona pandemic, which led to a shortage of chips, a shortage of new cars and price increases, the ten percent operating return for the Stuttgart-based company was a record value that had rarely been achieved. With the new goal, Mercedes-Benz is working its way into a region that was previously reserved for the sports car manufacturer Porsche among German car manufacturers. Last year, the car division achieved an operating return of 12.4 percent, which was exceeded in the first quarter with 16.5 percent.

The lack of chips will pass, but according to Källenius Mercedes-Benz will stick to "price discipline", i.e. not increase the usual discounts in competition again. After all, Mercedes does not compete with volume manufacturers and strives for value instead of high sales figures, he affirmed. Ultimately, the luxury strategy aims to drive up the share price in the long term. Despite the new yield targets, the titles fell significantly.

1 Home office flat rate also in 2023: Bundestag decides... 2 USA, China, euro zone: The global economy is threatened... 3 Honor in Aachen: Charlemagne Medal for historian Clark... 4 War in Ukraine exacerbates hunger: G7 brace themselves... 5 Barcelona, ​​Inter, Rangers: Who has to be afraid... 6 Fallen Steelworks in Mariupol: The resistance was... 7 Back on track after criticism: Russian military expert... 8 Smachnoho: Ukrainian Syrniki - Cooking with Anastasia 9 Mutti's house should believe in it: Leni Klum... 10 Sanctions must be lifted: Russia only opens Ukrainian... 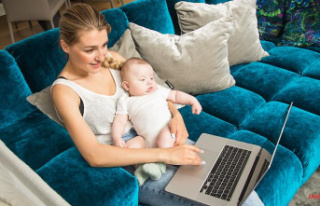