"You have to win": Football, cycling, boating ... Tapie, the president who went straight to the point

Sport has always been part of his life. 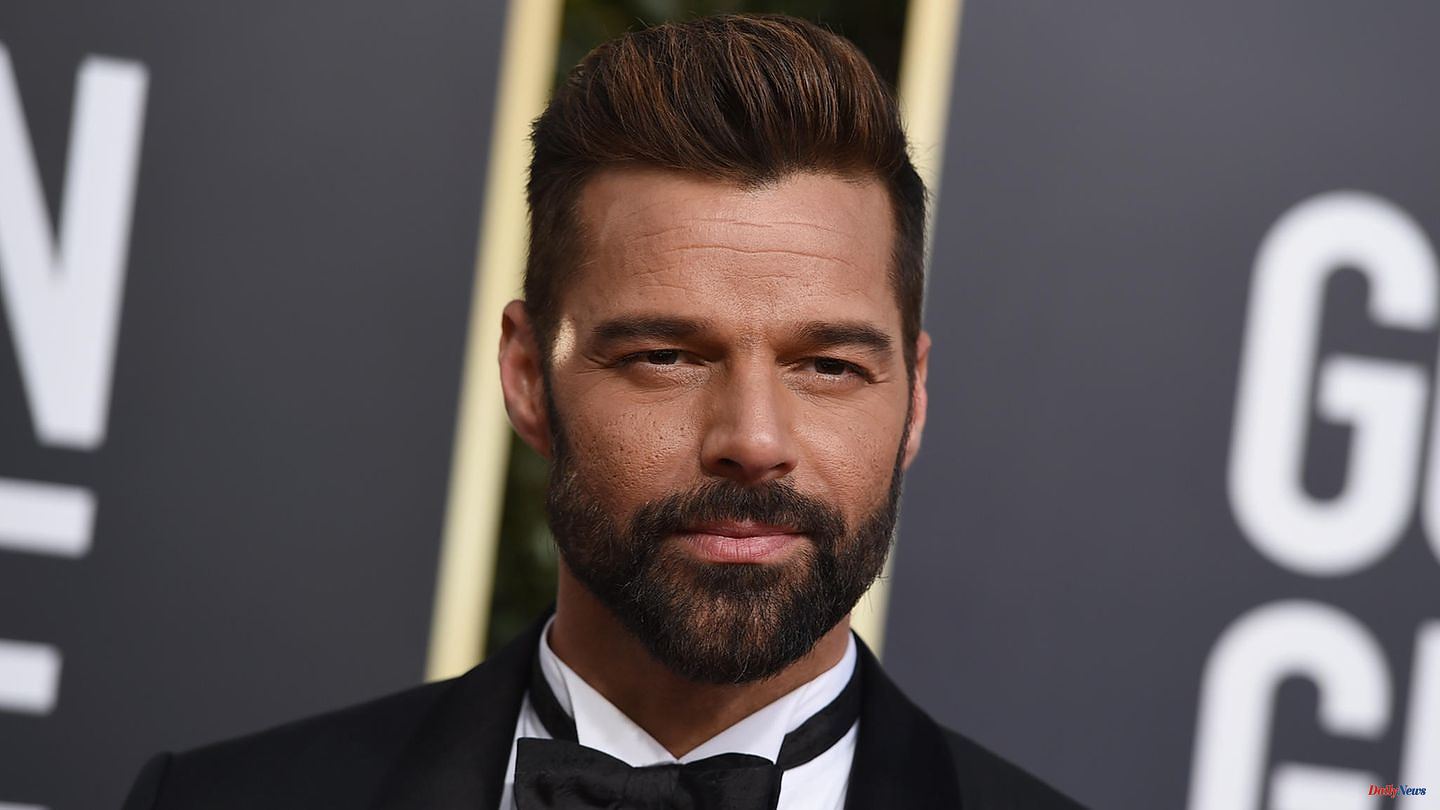 Sport has always been part of his life. Whether in front of his TV, to watch World Cup matches, with the family in Saint-Tropez. Or on the roads of Île-de-France that he still walked as long as he could, on his electric bike. "Move your body even when you can't take it anymore. Energy gives energy", persuaded Bernard Tapie when interviewed in 2018 by Le Point. As if physical exercise was the prerequisite for everything in his fight against the cancer that won him. Nanard is no more. At 78, the man of a thousand and one lives died on Sunday October 3, leaving behind him the memory of an eminently sporting destiny. Do we not salute the memory of "the former president of OM" more today than of the former Minister of the City, the entrepreneur, the actor or the singer?

Tapie has always said so. He was programmed to evolve (and succeed) with champions. He even believed for a long time to be one of them. His passion dates back to childhood, spent at the municipal stadium in Le Bourget, at the foot of the family apartment. He plays football there, takes himself for Kopa and Fontaine, the stars of the Stade de Reims, before trying his hand at other hobbies: swimming, athletics and especially handball, a discipline for which he has some predispositions in as a centre-half. Leader, organizer, strategist. Already. He even joined the France under-17 team for a tournament in Germany. At the end of the 1960s, he dreamed of being a racing driver, assured of racing in Formula 3. A serious accident would have plunged him into a coma and finally dissuaded him from embracing a high-level career. But there, the doubt hangs: "It's declarative of Tapie. It's worth the declarative of Tapie", blows Christophe Bouchet, the ex-mayor of Tours, former leader of OM too (2002-2004), and who, when he was a journalist, devoted two investigations to him*.

Basically, the Parisian titi - he was born in the 20th arrondissement - could have made a good sportsman if he was not "a zapper, a guy who was bored in what he was doing", pierces Bouchet. Entrepreneurial instinct trumps jersey love. Tapie captures the spirit of the times. He is a marketing hunter, a trend sniffer, who makes sport one of his favorite playgrounds. Here as elsewhere, he will strive to save lost causes, his trademark. "I think he genuinely loved the sport like half of the 20-40 year old French males. But his foray into cycling and then football is clearly about opportunity." At the start of the 1980s, he thus had an idea in mind: to penetrate the American market with one of his brands, Look. Its flagship product, the automatic pedal, is about to relegate the good old strappy toe clips to museums. It just lacks a professional team and, if possible, a great leader, to advertise it.

That's good, Bernard Hinault is on the market. At the time, the "Badger" had just been fired from his team, Renault, his knee in capilotade after a delicate operation. He gives himself a 50% chance of returning to his best level. Tapie says "banco" to him. He set up a structure and gave it the name of one of his many companies: the La Vie Claire team was born. Between the two big mouths, the current passes illico. Two years later, the businessman has succeeded again where everyone else would have failed. His runner parades on the Champs-Élysées, a fifth Tour de France in the musette. Along the way, it shatters the codes of old-fashioned cycling that tastes very little of bling-bling. Make way for the show: team presentations are led by dancers in the Crazy Horse atmosphere, champagne is toasted and riders' salaries go up to zero. We also get used to seeing Nanard, in his forties and with a rebellious wick, landing on a private jet race.

"When you have the boss who follows you during the big events, it changes everything", greets Bernard Hinault who remembers a human and passionate boss, although megalomaniac. At short notice, he could actually go to a mountainous stage of the Giro. "He took his secretary and his switchboard operator. For the pleasure of pleasing. Not to sleep with them, contrary to what one might think. Bosses like that, there weren't many of them", still bows the Breton champion. Sometimes, he also invites himself to hotels to deliver his instructions to runners. It is still he who orchestrates certain legendary scenes such as the arrival hand in hand of Hinault and his luxury teammate Greg LeMond, at the top of Alpe d'Huez in 1986. A strong image, that's all beneficial for business. But Tapie sees bigger. It is on the football fields that he intends to write his story. The most popular sport awaits him.

In Marseille, it tumbles that same year 1986, with its legendary delicacy. "Football is 38 times more exposure than cycling. In Marseille, we want to be number 1," he says in substance. OM is then an old tub adrift. To make it the flagship of the old D1, it dries up the French market for its best players. Then he completes the armada of a few foreign reinforcements, as Berlusconi's AC Milan did in Italy. Jean Tigana is one of the first high-sounding recruits. Tapie has the easy familiarity, but he addresses the international who remembers an extraordinary president. And interventionist as possible: "He wanted to control everything, invited himself to the talks to give his opinion, including the technical aspects. If we listened to him, he was the best, the greatest football connoisseur", he laughs today. And to evoke a post-match where Tapie-la-big-mouth had given a tactical lesson to his coach: a certain Franz Beckenbauer, world champion as a player and coach.

Bernard Tapie is also the man behind the OM - PSG rivalry, born in the early 90s. A concept assembled from scratch with the help of Canal, the historic broadcaster of the championship. The Marseille boss needed an opponent to hate to build the legend of his club. Canal saw it as a way to spice up its football soap opera. From now on, the Parisians are the men to (a) beat, which Tapie never forgets to remind his troops. In the Vélodrome locker room, his voice still resounds. With his bulldog jaw, the hyper-president insulted the whole world there, including his flock. "He was unpredictable. Sometimes we would win and he would say, 'You're a bunch of wankers.' And then other times, great lord, he doubled the bonus for us", is surprised Jocelyn Angloma, snatched in 1991 from PSG to strengthen the Olympian defense. "He knew how to sell the OM product from the first contact, to hold the promise of great things." With that TV salesman's gab that has always been his.

In reality, he pretended to pamper the players, to flatter them, with the sole aim of getting the best out of them. "They were just pilot fish, performers for him, analyzes Bouchet. He had his moles (Deschamps, Papin) to find out what was going on in the team." But he's not into feelings. It vomits up the starlets who would intend to place themselves above the institution. If there's a star in the Old Port, it's him. And not the players who take care to call him "the Boss".

But was "the Boss" really passionate about football? "As a result, rectifies Tigana. He had a passion for winning more than for the game." Illustration in 1990 when OM left the European Cup on a refereeing error. The famous "hand of Vata", named after the Benfica Lisbon striker who scored a fraudulent goal. The president does not digest this episode. Facing the press, he lets go, enigmatic: "Tonight, I understood what it was necessary to do to win a European Cup. Yes, I understood." The end justifies the means. Three years later, the Marseillais finally raise their Cup with big ears. La Canebière gets drunk like never before, before being showered by the Affair. In four letters that have become sulphurous: VA-OM.

Banner of support for Bernard Tapie, displayed by OM supporters, on September 24, 2017 at the Vélodrome.

Six days before the final against Milan, Marseille face Valenciennes in the league. To avoid injury, Northerners are asked to slow down, in exchange for a few tickets. The corruption of the players is established a few months later, but the businessman denies any cheating, cries conspiracy, poses as a martyr of the all-powerful National League led by Noël Le Graët. At 8 p.m. on TF1, he dumbfounds Patrick Poivre d'Arvor, looking sinister: "All dictatorships stop because someone is standing. Me, I'm standing." Before softening up in front of the judge: "I lied, but it was in good faith". Tapie dives for two years, including eight months firm (after appeal). The image of the "living God" of the people of Marseilles is definitely tarnished. "I'm not sure he was a cheater from the start, Bouchet rewinds. He became one, by force of circumstance. To win, he wanted the same means as the others. Full stop." Morality ? He cares about it as much as his first tax audit. Example in 1987 during the recruitment of Abedi Pelé, the Ghanaian star. At the time, the player was also coveted by AS Monaco. To enlist him, he boasts in Le Monde, several years later, of having leaked false information: the midfielder was HIV positive. A sleight of hand which would have cooled the Monegasque leaders and would have left him the field free to negotiate with his recruit. "That's how it is. You have to win," he eludes, pragmatically.

Little by little, Tapie also becomes suspicious, almost paranoid: the size of the grounds, the contents of the water bottles, the intentions of the press... He even doubts the men, which perhaps explains why he left behind he has very few friends in this milieu. Those who have worked with him are not fooled. He had this unique talent to make them believe that he loved them. Luciano D'Onofrio, a former agent sentenced for suspicious transfers to OM, Jean-Pierre Bernès, his former right-hand man at the club, were part of his circle. But for the rest, Tapie, who is said to be an "animal", is only close to his tribe, which comes down to his family.

And too bad for the others because basically, it's notoriety that he came here to seek. A little prestige to feed an excessive pride. Him, the all-powerful who in 1988 set a record for crossing the Atlantic in a monohull on his luxury four-mast, the Phocéa. What interest if not that of trying to exist in the light of the spotlight? Even very ill, Nanard picked up his phone to say a word about OM - taking care to always say "we", the transfer window, the Blues of Deschamps and everything that directly or indirectly related to the round ball. It was his way of maintaining a certain vitality, until he gave in to illness.

1 Hope for warm deep water 2 Singer: Allegations of incest and violence: the trial... 3 Violence between Germans and immigrants usually comes... 4 Ökotest: tomato sauce? ugh! Mold, too much salt and... 5 Macron and school: Mr. President, let's defend... 6 Dispute about compulsory masks on the school bus 7 Ökotest: Tofu is that good: A song of praise for... 8 When the Schnitzelmann from "Borchardt"... 9 USA: "This makes me so angry!" - Racism... 10 Vogue prints new cover photo by Kamala Harris 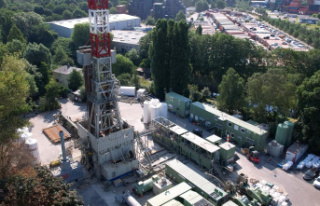