Personally, I love onomatopoeia, these funny terms whose ambition is "to suggest by phonetic imitation the thing called", according to the definition of Petit Robert. 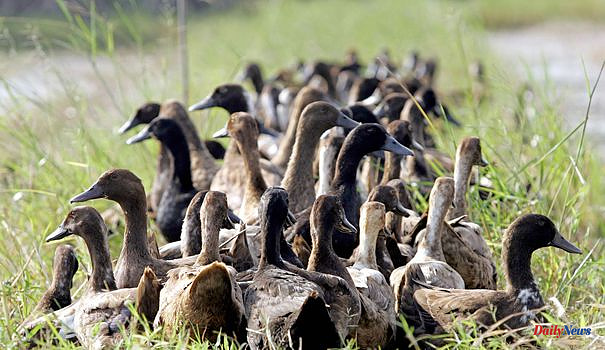 Personally, I love onomatopoeia, these funny terms whose ambition is "to suggest by phonetic imitation the thing called", according to the definition of Petit Robert. Moreover, according to a very serious survey carried out with a representative sample of ten people whom I have met since this morning, I am not the only one. Areu areu, cric-crac, glagla, pschitt, prout, pouf... around me, this particular lexicon inevitably triggers smiles, brings back to childhood and gives a furious desire to play with the language.

Onomatopoeias are nonetheless a serious matter, as evidenced by reading the fascinating and well-named Dictionary of Onomatopoeias, signed Pierre Enckell and Pierre Rézeau (PUF). Did you know, for example, that Plato himself wondered about them by asking himself this serious question: do words imitate things by nature or are they the fruit of a cultural convention? Well, with reverence for the great philosopher, the answer is obvious: the choice is cultural, of course! The proof: equivalent sounds lead to different onomatopoeia depending on the country. It still happens that the moo of our Norman cows becomes müh in German-speaking Switzerland. But how to explain that coin-coin can give vak vak in Turkish and bat'bat in Algerian Arabic? Or that our cocorico becomes chicchirichi in Italian, kikeriki in German and cock-a-doodledo in English? I know those pesky Brits love to do nothing like everyone else, but anyway! Obviously, we are dealing with an interpretation of sounds and not a simple imitation. Moreover, there are even onomatopoeia specific to the French spoken in Belgium (where bêêk replaces beurk) and in Quebec (where we say apitchou and not atchoum, béding bédang and not badaboum).

I also learned in this same book that onomatopoeia should not be confused with certain related concepts. Hue, to command a horse, or pch, to drive a dog away, are not onomatopoeias, as I foolishly thought, but, nuance, "huchees", terms reserved for orders given to animals. As for the interjection, it is only used for an expression conveying an attitude, whether it is disappointment (zut), disgust (pouah), pain (ouch), and this without trying to imitate a pre-existing sound. We learn every day!

Like the rest of our lexicon, onomatopoeia keep up with the times. These days, artillery fire goes boom, not boudou; the drums ran plan plan and no longer don don bededou; bells ring and no longer drelin. The same goes for the animals: forgotten, the patata, patata, patata of the horses and the moüac of the frogs. From now on, we hear - we think we hear - tagada et coa. And then, in this area as elsewhere, Anglicisms are gaining ground, with the success of blam, wow, snif, plash and wow.

Make no mistake about it: beyond their playful appearance, onomatopoeia render innumerable services, as some of our great authors have understood. Crouach cropch translates a walk in the snow better than a long paraphrase (Cocteau); schlouhhouggh a sucking sound (Frédéric Dard); ploutch a rotten fruit that falls (Hergé); slurp the aspiration of a food; mff a gagged mouth; ptt the sputum; han effort; ourgl strangulation; brr the thrill; taratata the machine gun; ding dong the ringing bell; plic ploc the dripping faucet; aaaaahhhhhhh the infinite satisfaction of an adventurer lost in the desert finally discovering an oasis. For my part, I feel a particular tenderness for this one, which makes the noise of a robot: bruiiuizuizuizouiii (provided you don't have to write it during a dictation, of course).

What I appreciate, finally, is that onomatopoeia are sometimes exclusively composed of consonants. See grr, mff or the formidable tssst-tssst-tssst, which marks disbelief or a warning. Jacques Brel, in a remarkable song (pleonasm?), Ces gens-là, describes a family in the process of "eating the cold soup" by "And it's been great flchss! And it's been great flchss!" (a word which, by the way, can do you a lot of service at Scrabble). In short, in a language sometimes corseted by an excess of purism, the onomatopoeia leave room for a happy inventiveness. And finally deserve only one word: clap-clap.

This article is taken from Michel Feltin-Palas' weekly newsletter "Sur le bout des langues". You can register for free from the L'Express website. 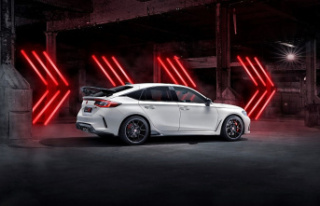