Zelensky is open to support from Brussels, Severodonetsk remains under Russian fire

On Friday, June 17, the European Commission recommended that Ukraine be granted EU candidate status. At a European summit on Thursday and Friday, his opinion will be debated. The 27 EU leaders will then unanimously give their approval for Kyiv to receive this status.

Volodymyr Zelensky said that he "expects positive outcomes" at the summit and that "this is the first step in the road to EU membership". In his evening video intervention, the Ukrainian president said that Ukraine "deserves positive news". He praised "a historic achievement by all those who work in our state". He added:

"We all know that the Ukrainians are willing to die for their European dreams. We want them to live here, for the European Dream," European Commission President Ursula von der Leyen stated in Brussels today. She was dressed in blue-yellow, Ukraine's colors.

"The Commission recommends that the Council give Ukraine a European outlook and, secondly to grant it candidate status," she said, the day after leaders from France, Germany and Italy delivered the same message.

Boris Johnson, the British Prime Minister, was on Friday in Kyiv to announce a training program to help the Ukrainian forces.

At the St. Petersburg Economic Forum President Vladimir Putin stated Friday that Russia has "nothing to oppose" Ukraine's EU membership but said that Ukraine will "transform in semi-colony” of Western countries.

Maria Zakharova, Russian Foreign Ministry spokesperson, was blunter. "For years, Western communities have been manipulating the story of Ukraine's participation in their integration structures. And since then, Ukraine is increasingly going wrong," said she to Russian agencies.

Moscow made a decisive move in the week of its struggle to influence the West. It cut off gas supplies to Western Europe (which is heavily dependent on it) gradually and massively. GRTgaz, the French operator of gas networks, announced Friday it would no longer receive Russian gas via pipelines since June 15th. This was due to "the interruption in the physical flow between France, Germany".

Gazprom, the Russian giant, has drastically reduced its delivery to Germany in recent days via the Nord Stream 1 gas pipe, causing a spike in prices. The Italian group announced that Gazprom would deliver just 50% of Eni's requested gas to Italy on Friday. Robert Habeck, Germany’s Economy and Climate Minister, stated that there should not be any illusions. "We are in a showdown against Putin." "That's how dictators or despots act.

The fighting front is still in trouble for Ukrainian forces in the Donbass. This region, which lies in the east of Ukraine, has been held by pro-Russian separatists from 2014. Moscow has made it its goal to conquer. The UN stated Friday that the humanitarian situation in Ukraine, especially in the eastern Donbass, was extremely alarming and is continuing to worsen rapidly.

For several weeks, the fighting concentrated on Severodonetsk (the most bombed place) and Lyssytchansk (the two main cities for Donbass control, which have been subject to constant bombardments. Sergey Gaidai, Governor of the Telegram channel, stated that Severodonetsk was the most bombed area in the Luhansk Region and that "the fighting in the city is hard", where Russian forces are bombarding houses and "destroying the city".

Over 500 civilians, including 38 kids, took refuge with Ukrainian soldiers at the Azot chemical plant near Severodonetsk. He also stated that they "refuse" to evacuate. They believe it's safer to remain there. We tried to speak to them, but they refused to listen."

According to witnesses, four people were killed in a missile strike at Lysytchansk's "House of Culture" where they had taken refuge.

According to a report by the governor, at least two people were killed and 20 others were injured in a Russian strike in Mykolaiv on Friday morning.

According to the Russian army, just over 7,000 "foreign militia men" from 64 countries arrived in Ukraine during the conflict. Nearly 2,000 of them were also killed. A Russian public television channel broadcast videos of two Americans, who were missing for several days and had gone to fight with the Ukrainian forces as volunteers.

A spokesperson for the State Department confirmed that he had seen photos and videos of two American citizens who were "allegedly captured by Russian military units in Ukraine". He told AFP that he was closely monitoring the situation.

1 France is no longer receiving any Russian gas via... 2 McDonald's is accused of tax evasion and pays... 3 Jean-Louis Trintignant is a legend in theater and... 4 Despite winning Eurovision, Ukraine will not host... 5 Lithuania regulates rail transit: "Blockade"... 6 "Partygate", Rwanda, Northern Ireland: Dead... 7 Two dead in Kabul: IS claims to have attacked Sikh... 8 'Time is of the essence': Johnson: Must... 9 Ukraine needs help for a long time: Stoltenberg: war... 10 The night of the war at a glance: Selenskyj: Will... 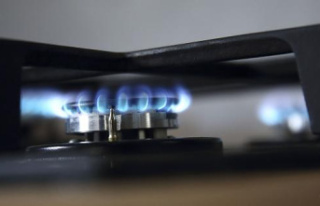 France is no longer receiving any Russian gas via...