Zelensky warns that the fate of Donbass lies with Severodonetsk.

Ukrainian soldiers are fighting in Severodonetsk, one of the most difficult battles since the start of the war against the Russian forces that now control large swathes of this strategic eastern city.

Ukrainian soldiers are fighting in Severodonetsk, one of the most difficult battles since the start of the war against the Russian forces that now control large swathes of this strategic eastern city. This is where President Volodymyr Zelesky says "the fate" for the Donbass region.

"We are defending the positions and inflicting heavy loss on the enemy. In a video posted Wednesday night, June 8, the Ukrainian president stated that it was a difficult, difficult battle and probably one of the most difficult in this war.

Russia would consider capturing this city a decisive step to control the vast Donbass coalfield, which has been held partly by pro-Russian separatists from 2014. Volodymyr Zelensky stated that "in many respects the fate of Donbass determines there."

Severodonetsk appeared to be on the brink of being overthrown by the Russian army last week. But, the Ukrainian troops counterattacked, and were able to hold onto the city, despite being outnumbered. But, Russian forces are slowly gaining ground.

According to the lawyer of a Ukrainian tycoon who owns the Azot chemical facility, 800 civilians are currently trapped there. This information has not been confirmed by the Ukrainian authorities.

In other areas of Donbass, the situation is even more complicated. Lysychansk, a nearby town, is fully under the control of the Ukrainian military, but is still subject to "heavy" bombardment, according to Sergiy Gaidai (guvernor of the Lugansk regional), who accuses Russian forces of "deliberately” targeting hospitals and drug distribution centres. 'humanitarian aid.

According to AFP journalists, a school in Bakhmut was totally destroyed by bombing on Wednesday. There were burnt books still visible amid the rubble. There were no reports of injuries or deaths.

Moscow's forces made very little progress thus far. Western analysts believe that the Russian invasion of February 24th has turned into a war against attrition with few advances at great cost.

The world continues to suffer more than 100 days from the Russian offensive. This is both in terms finance and food. It has impacted 1.6 billion people. On Wednesday, Antonio Guterres, Secretary General of UN, warned that the situation will worsen.

Guterres warned that war could unleash a new wave of hunger and misery in the world and cause economic and social chaos. There is only one way to stop the Russian invasion in Ukraine.

The first countries to be affected are Africa and the Middle East, who fear food shortages. According to the Ukrainian president, 20-25 million tonnes of food are currently in storage. These numbers could increase by "by fall" to reach 75 millions tonnes.

Moscow blamed the West for the shortage, and Russian Foreign Minister Sergei Lavrov met Mevlut Cavusoglu, his Turkish counterpart, in Ankara to discuss "safe water corridors" that would allow grain transport to resume in the Black Sea.

1 Mecklenburg-Western Pomerania: debate about energy... 2 Mecklenburg-Western Pomerania: Opposition wants smaller... 3 Bundeswehr General zum Donbass: The troops are fighting... 4 Macron is arrested in Tarn over the accusations against... 5 European Union. Five questions about the text voted... 6 Bavaria: Study: Pine forests in the Franconian Jura... 7 Hesse: Frankfurt's power grid is being significantly... 8 Bavaria: Exhibition on the "merriment" of... 9 Battle for EU new car ban: Greens and FDP bicker over... 10 "The Russians shoot at everything": 100... 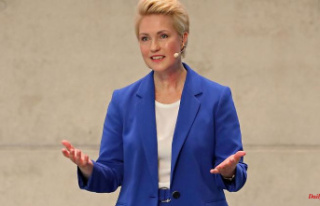