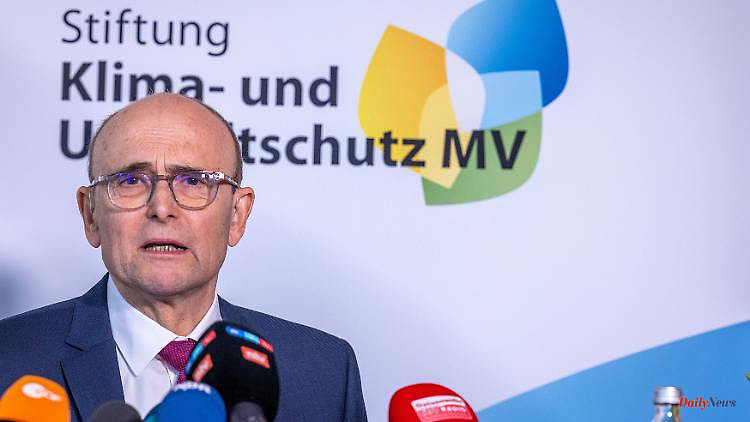 The controversial climate foundation Mecklenburg-Western Pomerania owes around 12 million euros to Nord Stream 2 AG. In order to draw a "line" with the Gazprom subsidiary, the sum is to be repaid soon. However, this could be difficult due to sanctions.

According to a report by "Welt am Sonntag", the climate foundation Mecklenburg-Western Pomerania, which is controversial because of its previous connections to Russia, wants to repay debts to the Gazprom subsidiary Nord Stream 2 AG as quickly as possible. It is about twelve million euros, reports the newspaper, citing Erwin Sellering, board member of the foundation.

The liabilities are primarily proceeds generated by the foundation from the sale of machinery, equipment and materials, the purchase of which was previously financed by Nord Stream 2. In addition, advance payments for work that was stopped after the Russian invasion of Ukraine on February 24 should flow back. According to the newspaper, the repayment could be made considerably more difficult by the sanctions imposed on Russia, since banking transactions are also affected.

Foundation head Sellering confirmed the ongoing talks. It is about clarifying the outstanding financial issues before the start of possible insolvency proceedings against the insolvent Nord Stream 2 AG. "We want to draw a line under the Nord Stream 2 chapter," he said.

The Mecklenburg-Western Pomerania Climate Foundation was founded in early 2021 following a state parliament resolution to promote the idea of ​​climate protection and at the same time to support the completion of the Nord Stream 2 Baltic Sea pipeline for Russian natural gas. The reason was US sanction threats against companies involved in the construction, the foundation was supposed to act as a kind of protective shield.

According to its own information, the foundation concluded contracts with around 80 companies for a total of 165 million euros via a separate economic part, which was financed by Nord Stream 2. Nord Stream provided the foundation with 20 million euros for climate protection projects, of which around one million euros are said to have been used so far. The pipeline was completed but not allowed to operate because of Russia's war of aggression against Ukraine. The aim of the state government is to dissolve the foundation. 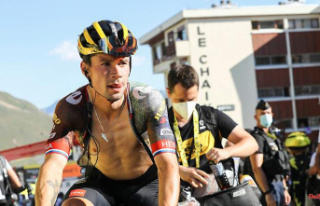