In June, the number of new registrations in the German car industry fell by 18 percent. 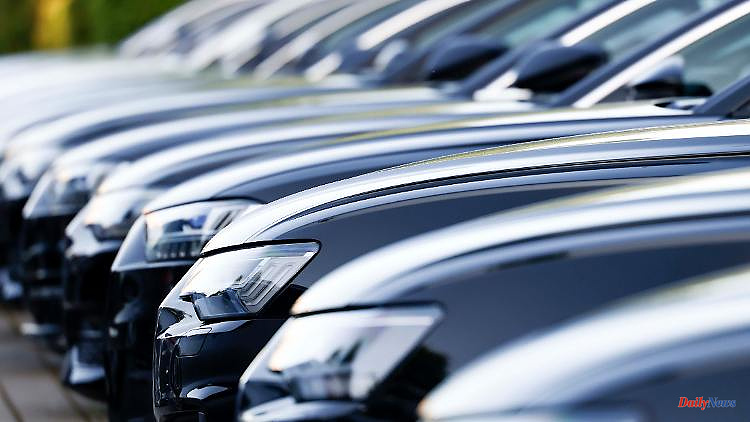 In June, the number of new registrations in the German car industry fell by 18 percent. Electric cars are also affected. The chip crisis, the lack of raw materials as a result of lockdowns in China and inflation are causes for concern. Stellantis is particularly hard hit, a car manufacturer defies the trend.

The shortage of semiconductors and inflation weigh heavily on the German car market. In June, new car registrations fell by 18 percent to around 225,000 vehicles, according to statistics from the Federal Motor Transport Authority.

The shortage of parts is now becoming more and more noticeable in purely battery-powered electric cars. Their sales fell by 3.5 percent after already declining in April. Registrations of plug-in hybrids, which experts believe the discussion about ending state subsidies is having an impact on, shrank even more.

"The chip crisis has long since arrived in the electrical segment and is slowing down production there," said car expert Peter Fuss from the management consultancy EY. An end to the crisis is still not in sight. He spoke of a whole bundle of problems that caused problems for car manufacturers and their suppliers - from the lockdowns in China to the rampant shortage of raw materials, missing electronic components, inflation and the looming recession. For the hoped-for recovery on the new car market, these are the most unfavorable framework conditions.

According to data from the Flensburg registration authority, all major car brands except for Mercedes recorded a drop in sales last month. At VW, sales shrank by almost a quarter, the upper-class manufacturer Audi, which belongs to the Wolfsburg group, lost 13 percent, and at BMW new registrations were almost 10 percent lower than a year ago. The decline was even greater for the Peugeot (minus 34 percent) and Citroen (minus 28.7 percent) brands belonging to Opel parent company Stellantis. Opel was almost 18 percent behind the same month last year. Porsche, whose IPO is being prepared, shrank comparatively moderately by 3.5 percent.

A total of 1.2 million new cars have been on the roads since the beginning of the year, down eleven percent. The production of the German car factories increased in June by almost a fifth to around 302,500 vehicles, which the German Association of the Automotive Industry (VDA) explained with the already weak previous year due to the lack of chips and the pandemic. The industry is still a long way from the production level of the pre-Corona period.

1 For almost 20 years, the euro has been at its lowest... 2 Proposed Länder-PlusTicket: Verkehrsclub wants a... 3 But regulations possible: Habeck: fear of recession... 4 Market forces do not negotiate: empty labor market... 5 Yellow jersey defended: Van Aert wins fourth stage... 6 Bambling about EM 2024: HSV is threatened with a financial... 7 Have to decide on the claim: medical associations... 8 Chateauneuf-de-Galaure. Drome: A young man is killed... 9 Bayern: Fürth's defender is "long-term"... 10 Mecklenburg-Western Pomerania: Expert advice: Health... 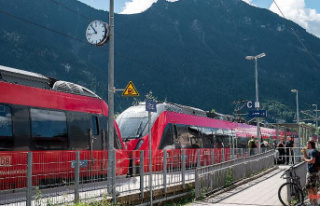 For almost 20 years, the euro has been at its lowest...