Until now, if you wanted to buy a Nissan Juke, there was only one engine to choose from. 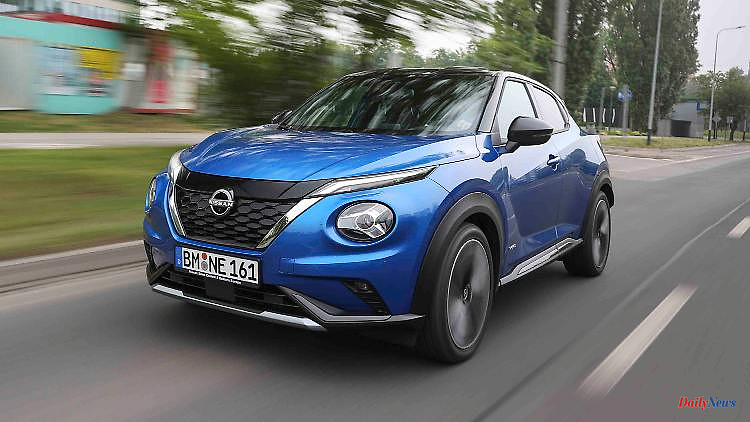 Until now, if you wanted to buy a Nissan Juke, there was only one engine to choose from. The Japanese carmaker is now expanding its range with a hybrid drive. Nissan promises that it will reduce consumption in the city by up to 40 percent.

When it comes to e-mobility, Nissan is undoubtedly one of the pioneers. Although the Leaf, which has been around for ten years, hasn't really made it very far in the public's favour. Zar, the compact model was at times the best-selling electric car, but that was probably also due to the lack of competition. Meanwhile, the Leaf is already driving in the second generation. In the local streetscape, however, he has not yet made himself visible. Believing in pure electric mobility, Nissan's technicians have so far paid little attention to plug-in hybrid technology. It was only through the alliance with Renault that things started to move. Together they developed a hybrid drive, in which Nissan contributed the combustion engine plus electric motor and the French partner contributed a starter generator and gearbox. Together they created an electrified drive with unprecedented technology.

The hybrid package is already installed in the Renault Captur. Nissan will use it in the Juke from the fall. Both models are based on a common platform. The Juke is thus the first vehicle from Nissan in Europe to be on the road as a hybrid and - alongside the Captur - meets competitors such as the Hyundai Kona and the Toyota Yaris Cross.

Under the hood of the Juke there is a 1.6 liter petrol engine (without turbo) and two electric motors. One rightly asks oneself: isn't one enough? Answer: The engineers wanted to do without a separating clutch between the combustion engine and the transmission. To do this, they worked closely with their Renault colleagues in Formula 1. A starter generator with 20 hp and a central, so-called HPM (High Powerful Motor) with 52 hp were installed. The smaller one has the task of starting the 94 hp four-cylinder, bringing it up to a certain speed in order to synchronize it with the corresponding transmission gear.

This combination of electric motors and gears allows the Juke to be driven in series, in parallel or in a combination of both. Overall, the Juke has a system output of 143 hp. That is 25 percent more than in the small turbo gasoline engine, which remains in the program.

The higher performance is not synonymous with higher consumption. On the contrary, thanks to the electrification and the skilful driving management - starting is always electric - the engineers succeeded in reducing the Juke's thirst by a good 20 percent. Nissan even promises up to 40 percent for pure city traffic, because more than two thirds of the driving time of the petrol engine should not be in use at all.

The recovered braking energy also contributes to the low consumption of 5.0 liters per 100 kilometers according to the WLTP cycle. The deceleration was designed in a way that normal car drivers are used to with petrol or diesel engines when they take their foot off the accelerator. If you want to gain a little more power and decelerate more, press the E-Pedal button on the center console.

The hitherto unique motor-transmission hybrid technology has another advantage in addition to the good efficiency: the Juke does not show the "howling" (rubber band effect) that can otherwise be heard when the speed and gear ratio do not quite fit together acoustically during vigorous acceleration. The combined drive reacts spontaneously to the gas and pulls away cheerfully. At higher speeds, however, the four-cylinder clearly draws attention to itself.

It is all the more astonishing how smoothly the whole thing runs when driving defensively. The system switches almost imperceptibly between the electric motor and the combustion engine, always with the focus on being as economical as possible. The Juke can also be driven for several kilometers purely electrically via the EV switch, depending on the charge level of the battery.

But the hybrid drive has another positive side effect. It gives the Juke more sovereignty and reduces the stress level, especially in the city. This makes the car look more mature than its class (B segment) usually suggests.

But there is also a drop of bitterness: The Juke Hybrid costs at least 3400 euros more than the comparably equipped petrol engine. So it takes quite a long time before the surcharge is compensated for by the saved fuel consumption. And compromises have to be made in the trunk, since the battery is under the floor. This reduces the loading space from 422 to just 354 liters.

Decreased deliveries: how much gas does the industry need?
BREAKING NEWS 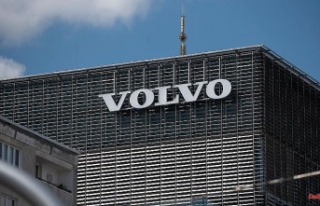