Diesel scandal: the Federal court of justice decides in favour of Volkswagen

the buyer of an engineered VW Diesel are not entitled to compensation if you purchased the vehicle after the diesel scandal will be. The Federal court of justic the buyer of an engineered VW Diesel are not entitled to compensation if you purchased the vehicle after the diesel scandal will be. The Federal court of justice (BGH) ruled on Thursday in
Karlsruhe, Germany. Thus, the claim of a customer was rejected, the had purchased in August of 2016, a used Volkswagen Touran for a purchase price of 13,600€.

After the VW group have given the irregularities in September 2015, even, one could no longer speak of the deceit of ignorant customers, according to the statement. The VW group had on 22. September 2015 in an Ad-hoc communication on irregularities in the Software used for emissions control in diesel engines informed. The company is working on it, the differences between the emission values on the
test and the higher values in real driving operation with technical measures to eliminate it. It had also given a press release, the media reported.

The judgment is one of a series of decisions declared by the Supreme court on Thursday. "Today's rulings are a major step to the final completion of the pending 60,000 to Diesel. The major legal questions are now resolved,“ said a spokesman from VW. Earlier, the Supreme court had ruled that the driver of the VW cars have manipulated the diesel engine is less entitled to damages. The claim for damages would be limited by the use of the vehicle. The deduction of the in the meantime, kilometres driven in a lot of drivers can even lead to the damage claim there is nothing left, decided by the sixth civil Senate.

From this judgment (Az. VI ZR 354/19) also shows that Volkswagen must pay any tort interest. The exhaust gas scandal affected customers had received in exchange for the purchase price of a fully usable vehicle. The got compensates for the loss of use of money.

tort interest may be due if someone another, deprives one thing or the money"". Classic case of a theft. Here, it was a question of whether VW's successful Diesel-claimants in addition to damages, interest on the in the car plugged owes money to. Regional and higher regional courts had, in part attributed to four-digit sums. The Wolfsburg-based car manufacturer is silent for the entire order. But the Supreme court-a lawyer for the group said, because of the large number of procedures, it is going to be a lot of money.

The buyer receives no money

In this case, a customer 2014 had a used VW Passat with how they turned out – manipulated diesel engine for 23.700 Euro bought. The speedometer showed 57.000 km. When the car was placed in June 2018 at a standstill, driving the customer to just under 200,000 kilometres. The BGH has now decided legally that the claim for damages is completely consumed. Also a return of the damage due to immoral deception was denied by the Federal court of justice. The buyer therefore receives no money.

1 At the airports In Munich and Frankfurt, many of the... 2 Minus ten percent: a Historic economic slump in Germany 3 According to Wirecard scandal: banks Reform of the... 4 New Financial Crisis?: The stock market as a stable... 5 Borussia Mönchengladbach: look-alike ready for pick-up 6 European Cup-exclusion: Cas rejects appeal of Trabzonspor... 7 In the back shop beleidgt: attack on a TRANS person 8 Debate on the voting age: The Select 16 has great... 9 Central Bank, the Fed warns that America experienced... 10 The topping-out ceremony at the Goethe tower: The... 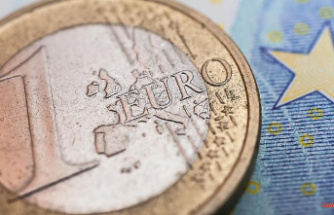 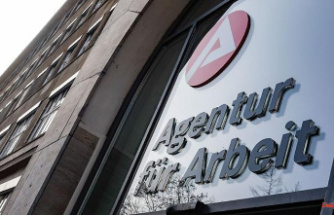 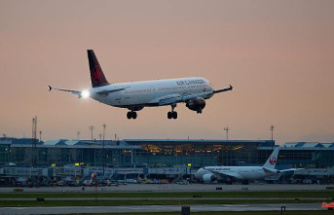 At the airports In Munich and Frankfurt, many of the...