Record since the introduction of the euro: inflation in the euro area rises to 5.8 percent

Inflation in the euro area rose to 5.8 percent in February. This was announced by the European Statistics Office Eurostat on Wednesday after an initial estimate Inflation in the euro area rose to 5.8 percent in February. This was announced by the European Statistics Office Eurostat on Wednesday after an initial estimate. In January, the rate was still at 5.1 percent.

Christian Siedenbiedel Editor in business. I am following

The February inflation rate is thus the highest since the introduction of the euro. Energy in particular became more expensive, but also food and services. According to the estimate, energy prices rose by a proud 31.7 percent in February compared to the same month last year, after 28.8 percent in January, followed by food, alcohol and tobacco with a price increase of 4.1 percent. Industrial goods excluding energy were 3 percent more expensive, services 2.5 percent, after 2.3 percent in January.

The Bundesbank under the new President Joachim Nagel now considers 5 percent inflation on an annual average possible for Germany. The effects of the war in Ukraine on the German economy cannot yet be reliably estimated, the Bundesbank said. However, a further increase in energy prices will have an impact on inflation: "A high inflation rate is also to be expected for the euro area," said Nagel. The normalization of monetary policy must therefore be kept in mind.

High rates in the Baltic countries

In other euro countries, inflation is still significantly higher in some cases than in Germany; for example, the rates in the Baltic countries have long since reached double digits. In Lithuania, inflation is now at 13.9 percent, Estonia is at 12.4 percent. It had been relatively low in France for a long time, probably also due to price caps. However, inflation has now also risen there in February, from 3.3 to 4.1 percent according to European calculations. In Italy, it even increased from 5.1 to 6.2 percent. This was the highest rate since the introduction of the euro - at the time of the lire, however, Italy had already recorded completely different inflation rates.

The consequences of Russia's attack on Ukraine are hardly visible in these figures yet; the collection of data has a certain time delay. However, energy prices have risen considerably since then. Among other things, the oil price is now more than $ 100 per barrel for the first time in a long time. The already high gas price has also continued to rise. And gasoline prices are rushing from one historic high to the next day by day: Super E10, for example, now costs more than 1.80 euros per liter for the first time in history. The price of heating oil also reached a new all-time high of 112 euros per 100 liters on Tuesday.

Some economists' hopes that inflation will decline significantly by the turn of the year have proved to be deceptive. Special effects related to the pandemic, such as the temporary reduction of VAT in Germany, were excluded from the inflation measurement. But opposing effects have apparently more than compensated for this. The European Central Bank (ECB) has also recently admitted that the higher inflation rates lasted longer than originally thought.

Will the ECB raise interest rates this year?

The Governing Council of the ECB will meet for a monetary policy meeting next week. President Christine Lagarde was very cautious on Friday on the question of whether the ECB is now postponing the tightening of its monetary policy. The head of the Greek Central bank, Yannis Stournaras, had demanded that the central bank stay on the ultra-loose course and continue to buy bonds, at least until the end of the year, and formally take interest rate cuts off the table. But that does not seem to be the majority opinion. 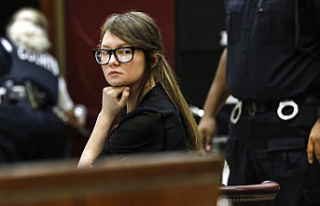 Anna Sorokin sues ICE. She claims that she received...