Even the Corona-crisis has not brought the real estate boom in Germany to a Standstill. Analysis of the Hamburg-based Gewos Institute for urban suggests, Region Even the Corona-crisis has not brought the real estate boom in Germany to a Standstill. Analysis of the Hamburg-based Gewos Institute for urban suggests, Regional and housing research, and the portal Immobilienscout24, which is present the German press Agency. In spite of the immense economic consequences of the pandemic, the Rents and prices for flats and houses in the first half of the year, increased by therefore more. A breathing space for the tenant and the buyer is not visible.

After the upward trend in the first quarter, in which the Corona of the crisis-still at the beginning, increased Rents and purchase prices from April to June. "So far, no Corona can be used to break-in the German real estate market," said Gewos-managing Director Carolin Wandzik. Although to be seen in April, a kink to similar price fluctuations in the month gave it but also in previous years. "I would not here speak of a Corona-effect."

in Concrete terms, the offer climbed, rents for existing apartments in the second quarter to an average of 7.47 euros per square meter, an increase of 0.8 percent for the first quarter of the year and of 3.6 percent for the second quarter of 2019. Also, condos were more expensive: the offer prices rose on 2183 euros per square meter – 1.8 percent, as measured by the quarter-on-quarter and 8.5 percent a year ago. Only slightly lower is the price mark-UPS were for single-family homes. "Prices and Rents continue to climb, albeit at a slowing pace," summed up Wandzik.

"home ownership is still very much in demand"

offer for rent and purchase prices on the Portal ImmobilienScout24 for typical existing apartments with 80 square meters and three rooms. They were in medium-sized residential area, had an average quality equipment, and were 30 years old. In the case of single-family houses, 130 square meters were investigated in the large objects.

The results are surprising, as some Economists in the Corona-crisis, had expected a damper on the housing market. The number of the apartment view was slumped in the Lockdown temporarily by almost 40 percent. Short-time work, falling incomes and rising unemployment in the Corona-crisis burdening the financial situation of many people. This could let the property prices drop a bit, had suggested the Institute of German economy (IW) in April. But also, the IW-Economists had predicted that the real estate market is comparatively well through the crisis.

The real estate boom in Germany keeps going on for a good ten years, a correction would, therefore, not unexpected. The long period of strong economic activity, rising incomes, and the shortage of housing in cities have pushed up prices in many places, greatly to the above. Also low interest rates are making real estate loans is favorable and investors are increasingly searching for yield in the housing market. The Bundesbank has repeatedly warned of price exaggerations in cities. 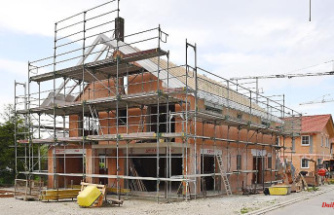 Capacity goes back: coal power in the world is on...