A decade after the wave of bankruptcies: Germany's solar industry is hoping for a second chance

German industry has been a leader in photovoltaic technology before. 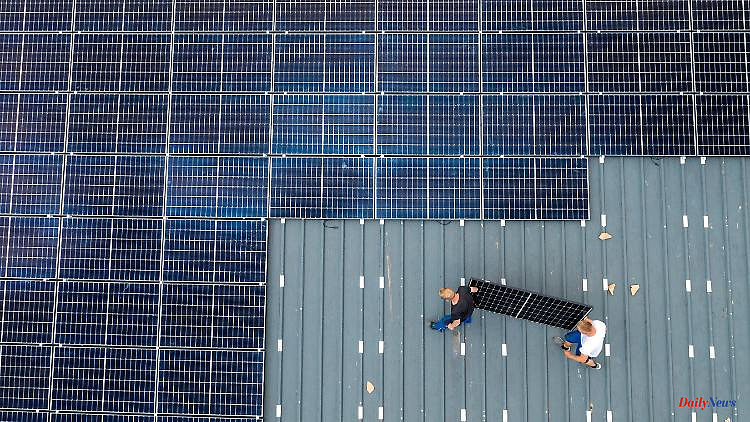 German industry has been a leader in photovoltaic technology before. Then it was swept away by the competition from Asia. Now politicians and companies are hoping for a comeback - but there are several obstacles before that.

According to the will of the federal government, the proportion of electricity generated from renewable energies in the total electricity consumption should increase from currently just under 50 to at least 80 percent by 2030. Not only significantly more wind turbines are needed for this, but also significantly more solar systems. The question is: where will they come from?

Economics Minister Robert Habeck considers a comeback of the solar industry in Germany to be feasible. A few years ago they were incomprehensibly allowed to break down, he said in Bitterfeld-Wolfen at the end of July. "But we can pull it up again." The Green politician was visiting the solar module manufacturer Meyer Burger Technology, one of the big players in the industry. A year ago, the Swiss plant manufacturer invested 145 million euros in two new factories for solar cells and modules in Saxony-Anhalt and Saxony - and in 3,500 jobs.

Around a decade ago, the industry had lost its great importance in the face of competition from Asia. Many companies had to file for bankruptcy or were sold abroad. "When it comes to solar energy expansion, we are currently more than 90 percent dependent on solar module imports from Asian countries," said Volker Quaschning, professor at the Berlin University of Applied Sciences and an expert in regenerative energies. And that could have significant consequences, similar to the restrictions on gas supplies from Russia: "Should the supply be interrupted for whatever reason, this will have a direct impact on the further success of the energy transition," Quaschning warned. "If China invades Taiwan, the German energy transition may be over for the time being."

The general manager of the German Solar Industry Association (BSW), Carsten Körnig, warns that the reconstruction of a German and European solar industry is of great importance in order to become more resilient to global crises. "The prerequisites for a renaissance in the European solar industry have already improved significantly," said Körnig. "Due to the increasing automation, the proportion of labor costs has decreased significantly, while at the same time the transport costs are becoming increasingly important."

However, the Federal Association of Energy and Water Industries (BDEW) believes that making access to modules made in China more difficult through bureaucratic hurdles or tariffs is the wrong approach. "The latter was practiced by the EU in the past and only resulted in a collapse in photovoltaic expansion in Germany," according to the association. "It would be more effective if the desired goals were achieved through positive incentives and not through penalties. To do this, Germany and the EU must regain market power and importance when it comes to photovoltaics."

According to Quaschning, the necessary know-how for a comeback of the solar industry is available in Germany. "However, very large investments are required." The Association of the Electrical and Digital Industry ZVEI considers a strong increase in photovoltaic systems to be realistic. The Renewable Energy Sources Act is already providing for higher subsidy rates and also for larger tender volumes. At the same time, rising electricity and heating costs are making self-generated electricity more attractive. "From our point of view, the chances for a comeback of the solar industry in Germany are currently good."

According to data from the BSW, 50 terawatt hours of solar power were generated across Germany in 2021, covering ten percent of the public power supply. The number of solar systems increased last year by 235,600 to around 2.2 million. In the first half of 2022, 157,566 new systems were added - a clear upward trend.

According to the BSW, the brakes on the expansion of solar energy are bureaucratic obstacles, for example when connecting photovoltaic systems to the grid or developing suitable power plant locations, as well as supply bottlenecks as a result of the corona pandemic. But the lack of skilled workers is also making the expansion of solar energy more difficult. According to BSW estimates, there are currently 25,000 solar tradespeople in around 5,000 electrical trades in the photovoltaics sector. "In order to implement the expansion goals, the number will have to at least double by the second half of the 2020s," said Körnig, managing director of the association.

The Central Association of German Electrical and Information Technology Trades also sees this with concern: "As expected, the demand for skilled workers will continue to rise," says Managing Director Andreas Habermehl. "That's good news, but it becomes a problem if the number of employees doesn't grow to the same extent, because it means that the shortage of skilled workers will continue to worsen." 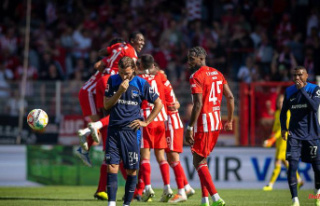