Bruno Le Maire, Minister of Economy, should be reappointed.

Bruno Le Maire, Minister of Economy, should be reappointed. He proposed Monday, July 4, the introduction of a new fuel allowance to all who have to use their car to go to work. However, income must be considered.

Bruno Le Maire, France Inter, stated that the government is working to provide more generous compensation to all people who are required to drive to work. This applies to employees as well as students.

He said that it would be paid "accordingly to the level of income", but did not specify the ceiling that could be set. That will be left up to the parliamentary discussion on the purchasing power package.

To offset the rising oil prices, a discount of 18 cents per liter has been offered at the pump to all motorists starting April 1. The Purchasing Power Law will propose that it be extended until April 31. End of August

Already, the Minister of Economy proposed to the opposition that this aid be extended until the end the year. 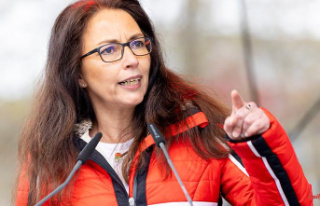