The order books at the Rheinmetall armaments group are filling up. 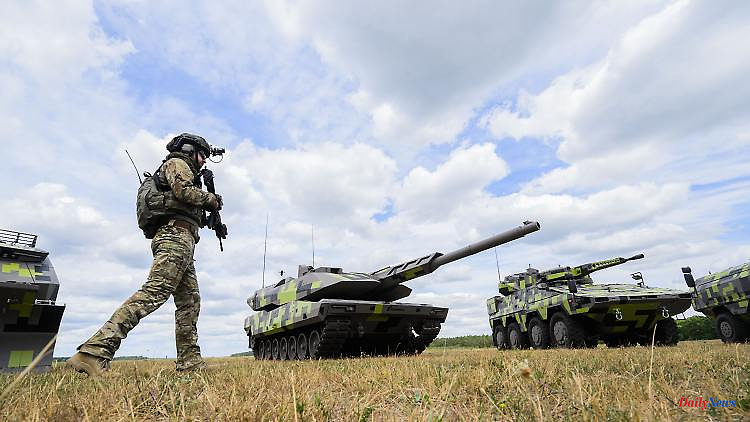 The order books at the Rheinmetall armaments group are filling up. Orders in the ammunition sector tripled. At the end of the first half of the year, the company adjusted its expectations slightly downwards - and would continue to significantly exceed the previous year's figure.

Against the background of the Ukraine war and global tensions, the tank and artillery manufacturer Rheinmetall remains on course for growth. Still, the company is lowering its high expectations a bit. In the first half of the year, sales increased by 3.5 percent to 2.7 billion euros, the company announced in Düsseldorf. The operating result (EBIT) rose by eight percent to 200 million euros. Net earnings soared to 134 (previous year: 31) million euros.

Above all, a high demand for ammunition made itself felt in the tills of the gunsmiths. The order books in the weapon and ammunition sector are bulging, and incoming orders here have tripled to 1.5 billion euros. Other businesses also grew, but not as much as this one.

Rheinmetall is one of the major armaments companies that should benefit from the 100 billion euro special fund of the federal government. The Bundeswehr is to be modernized and better positioned with the money. After the start of the Ukraine war, CEO Papperger presented a list of armaments worth billions that the company could deliver within ten years - such as tanks, military vehicles, anti-aircraft guns and ammunition. It is still open whether and for which products the federal government will take action. The prospects are positive. It will be a while before Rheinmetall makes cash thanks to the special fund.

The fact that Rheinmetall's share price dropped significantly after the figures were announced may have been due to a changed forecast. If the management assumed that incoming orders in the armaments sector would be between 13 and 15 billion euros for the whole of 2022, a range of only 10 to 12 billion euros is now expected. After 4.8 billion in the previous year, that would still be a big jump. The company justified the changed assessment by saying that there is now more clarity about the use of the Bundeswehr special fund.

The technology company is also active as an automotive supplier, but the importance of this part of the business is tending to decline. Due to the weakening car supply, the group had already limited the sales target and now expects an increase of around 15 percent, which is at the lower end of the forecast range of 15 to 20 percent. He kept the profit forecast and is thus still aiming for an improvement in the operating result and an operating profit margin of more percent. The shortage of semiconductors that broke out with the corona pandemic in 2020 is burdening the automotive industry worldwide. CEO Armin Papperger expects the situation to ease in the coming year at the earliest.

The Düsseldorf-based company had around 24,000 employees worldwide at the beginning of the year. Large German production sites for military goods are in Unterlüß (Lower Saxony/2090 employees), Bremen (1910 employees), Kassel (1130) and Kiel (680). 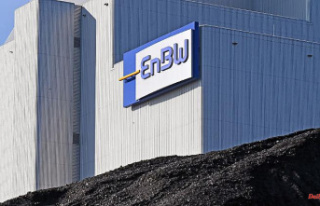