The Genesis GV60 is the more luxurious sister model of Hyundai Ioniq 5 and Kia EV6 - platform, drive and charging technology are the same. 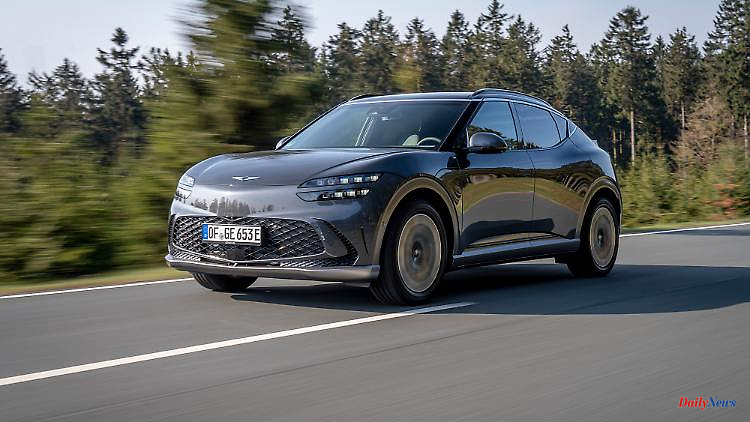 The Genesis GV60 is the more luxurious sister model of Hyundai Ioniq 5 and Kia EV6 - platform, drive and charging technology are the same. So what justifies asking such a lavish price for a car whose special features are better looked for with a magnifying glass?

Probably no brand is currently making the transition from old to new mobility faster than Genesis. While the first models in Germany were presented exclusively with combustion engines from autumn last year, the GV60 (from 56,370 euros) is now followed by the first electric car - and with the G80 Electrified, the second is already in the starting blocks. From 2025, all models will even be offered with an electric drive.

Like many new electric cars, the 4.52 meter long GV60 is a crossover, and one of the middle class. This makes the five-door comparable to a VW ID.5. But actually he mainly has competition in his own house. With the Kia EV6 and the Ioniq 5, the Hyundai Group offers two sister models that are already on the market from the same modular system and with identical drive and charging technology. The GV60 or its technicians and designers had to come up with something.

Do you also have. Because instead of normal exterior mirrors, cameras are built into a housing here, the image of which is transmitted to two monitors in the doors. You quickly get used to it and then enjoy the razor-sharp images even in bad weather. Everyone has to decide for themselves whether that's worth the extra charge of 1460 euros.

The GV60 offered with 318 hp is the basic model, a more powerful variant with a whopping 435 hp should then lure the right sports fans. All-wheel drive is always on board because the axles are each driven by their own electric motor. The battery has a capacity of 77.4 kWh and promises a standard range of up to 470 kilometers. Like the sister models, the Genesis also has 800-volt charging technology on board, which, if you have found a fast charger with 350 kW, should enable charging from 10 to 80 percent in 18 minutes.

The GV60 is made amazingly experienced, when driving he convinced with good handling, precise steering and tremendous sprint forces as well as an acceptable real consumption of a good 21 kWh per 100 kilometers. This in turn should enable a practical range of at least 350 kilometers. Which of course is significantly less compared to the promised 470 kilometers. The chassis could use a bit of fine-tuning, because the crossover rolls quite robustly over the asphalt and has its problems, especially with transverse grooves and when driving slowly.

In view of the engine performance, the driving values ​​are no surprise: In the Sport Plus version, the GV60 sprints to 100 km/h in four seconds, the Sport takes 5.5 seconds. At the top speed, the manufacturer hardly brakes - 235 or 200 km/h are possible. However, normal e-car drivers will rarely if ever use this if they do not want to go to the charging station every 150 kilometers.

Inside, the noble Korean delights with impeccable workmanship, excellent seats and service that is pretty much foolproof. One wishes that one or the other German manufacturer would take a closer look here. On the outside, like all Genesis models, the GV60 bears the brand's typical signature with dual-row LED headlights and taillights. The GV60 differs from its sister models, the boxy-imposing Hyundai Ioniq 5 and the Kia EV6, which looks more like a shooting brake, with a rather pleasing design that also reminds a bit of Porsche.

As well made as the GV60 is, Genesis quality and performance are expensive. Since, unlike in other markets such as Switzerland, the purely rear-wheel drive, single-engine basic vehicle will not be available in Germany, the basic prices of 56,370 and 71,010 euros are steep. If you order various additional packages and individual options, you can easily drive the price up to just under 85,000 euros, as with our test car. Because even things like a head-up display, a 360-degree camera or adaptive LED headlights are hidden in the technology package for 3430 euros, which actually becomes a must. It is only a little consoling that Genesis not only comes with a full five-year guarantee, but also that all inspections and map updates are included in the price.

And another special feature that applies not only to the GV60, but to all Genesis models: interested parties and buyers should only have to deal with a personal assistant - and always the same one. He brings the vehicle for a test drive, advises and sells it. And if it needs to be inspected or repaired, it will be picked up and returned. In the best case, the customer never sees a workshop, and there is no dealer in the conventional sense anyway. At the moment, however, this support is more of a wishful thinking. Because those interested in the brand are currently reporting dead lines and unanswered emails. It will therefore be very interesting to see whether this business model will result in thousands of cars being sold and, if so, how the customers will be satisfied. 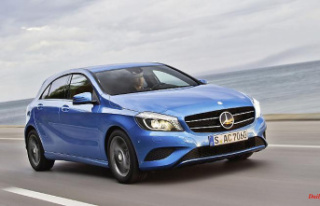