This is one of Emmanuel Macron’s top priorities this summer.

This is one of Emmanuel Macron’s top priorities this summer. The content of the first major quinquenium text was revealed by "les Echos", a daily newspaper that had access to a portion of the bill on purchasing power. It aims to protect French households against inflation. L'Obs summarizes them below in advance of the Council of Ministers presentation of the text on July 6.

All inflation-indexed benefits will be retroactively increased by 4%. With a proportional catch up when the law becomes effective. This includes, in particular:

In January, the basic pensions and minimum old age were revalued at 1.1%. In April, the RSA, activity bonus, family allowances, and the AAH were all increased by 1.8%.

This is "Les Echos", which is the most costly measure in the project at 8 billion euros. INSEE expects inflation to reach 5.5% by 2022, a record high since the 1980s. The bill doesn't allow for the recovery of overpayments if it is lower than anticipated.

Elisabeth Borne had previously announced a 4% increase in retirement benefits before the results of the legislative elections but was more vague about the amount of the increase to social benefits.

Housing aid (APL), which is treated separately, could be revalued starting July 1, at a maximum 3.5%, for a cost totalling 168 million Euros, according to "Les Echos". Bruno Le Maire confirmed the measure Monday morning.

A housing "shield" is also provided by the government. It caps rent increases at 3.5% up to the second quarter 2023, which is below inflation. A household that pays just over 800 euro per month in rent can save 200 euros with this 1-year "rent shield".

The government has a variety of measures to address rising prices. These increases are just one example of the many. These include the inflation check, unfreezing civil servants' salaries and the energy tariff shield, as well as the triple and sustainable purchasing power bonus. Despite the lack of an absolute majority at the National Assembly for a presidential camp, Parliament's adoption of the text will be a challenge.

A measure relating to the private sector is also included in the bill. It allows for profit-sharing to be introduced in SMEs. This includes the ability to take unilateral decisions in the case of negotiations failing to succeed. The maximum term of the incentive will be extended to three to five more years.

The "purchasing power bill" will allow a branch to be merged if it is unwilling to update its minimum wage despite recent increases. This is one way to encourage social partners to regularly negotiate wages. 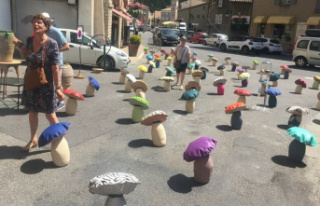