"At least not a downward spiral": German industry recovers slightly after war dent

In March, production output in Germany plummeted, for April the Federal Statistical Office was able to record at least a slight plus. 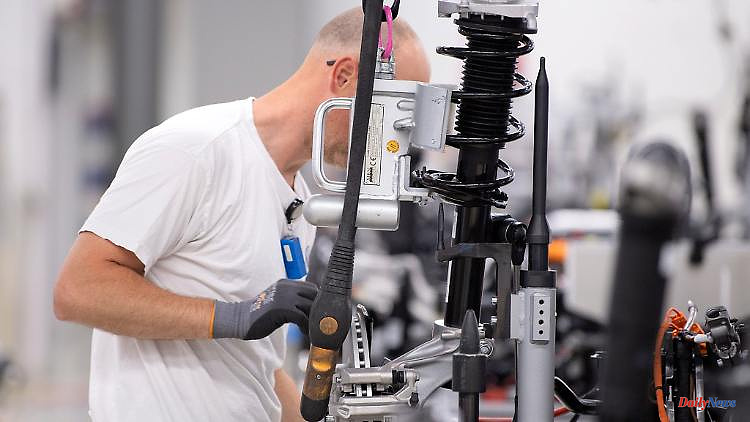 In March, production output in Germany plummeted, for April the Federal Statistical Office was able to record at least a slight plus. The reason for the continued tightening of the handbrake in industry, construction and energy suppliers is not only the war in Ukraine.

German companies ramped up production only slightly in April after the previous slump due to the Russian war against Ukraine. Industry, construction and energy suppliers together produced 0.7 percent more than in the previous month, as reported by the Federal Statistical Office. In March there had been a slump of 3.7 percent.

The Federal Ministry of Economics commented on the development that German industrial production is currently being dampened by the Russian war of aggression. "On the one hand, as an export-oriented country, Germany is disproportionately affected by the trade sanctions against Russia," said department head Robert Habeck. "On the other hand, war-related production losses and disrupted supply chains result in a shortage of important intermediate goods."

LBBW economist Elmar Völker can also see a positive aspect of the development. "At least for the time being there is no slipping into a steep downward spiral," said the expert. "As long as the situation in Ukraine does not escalate again, there is a prospect of stabilization over the summer, but the extremely strained supply chains will remain an enormous challenge for the foreseeable future."

Industry alone increased its output this time by 0.3 percent, while construction bucked the trend by cutting production by 2.1 percent. In the energy sector, production rose 16.1 percent after a slump in March. "The production level is still very low," concluded the chief economist at Hauck Aufhäuser Lampe Privatbank AG, Alexander Krüger, from the data.

The outlook is muted because of the ongoing war. Industrial companies collected fewer orders for the last three months in a row. Many industrial companies are also reporting bottlenecks, which have also worsened due to the corona lockdowns in China. 77.2 percent of the companies complained about bottlenecks or problems in the procurement of preliminary products and raw materials, as the Munich Ifo Institute found out in its company survey.

"The supply chains are under constant stress," said the head of the Ifo surveys, Klaus Wohlrabe. "The closure of ports in China has further worsened the situation for many companies." China is Germany's most important trading partner.

According to the Kiel Institute for the World Economy (IfW), traffic jams and delays in container shipping have now also reached the North Sea. "For the first time since the outbreak of the pandemic, container ships are also damming up in the North Sea off the ports of Germany, Holland and Belgium," the researchers said. "Currently almost two percent of the global freight capacity is stuck here and can neither be loaded nor unloaded."

1 Fire at Ballermann: Four cone brothers released from... 2 Mecklenburg-Western Pomerania: New therapies against... 3 England draw in a quick check: "Stupid action"... 4 Route too difficult: Helicopters save 107 students... 5 Entry and surveillance: Venice wants to be more than... 6 Mix of city and mountain bike: sense or nonsense?... 7 Baden-Württemberg: Kehrer moves from Freiburg to... 8 Haute-Savoie. Annecy: Two 15-year-olds are prohibited... 9 In just 25 days: Chemnitz wants to swim along the... 10 Exciting NHL series against NYR: Tampa Bay works on... 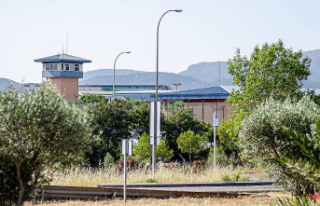