Beijing has a chip problem: how the US wants to thwart China's self-sufficiency plans

Not everything is "Made in China". 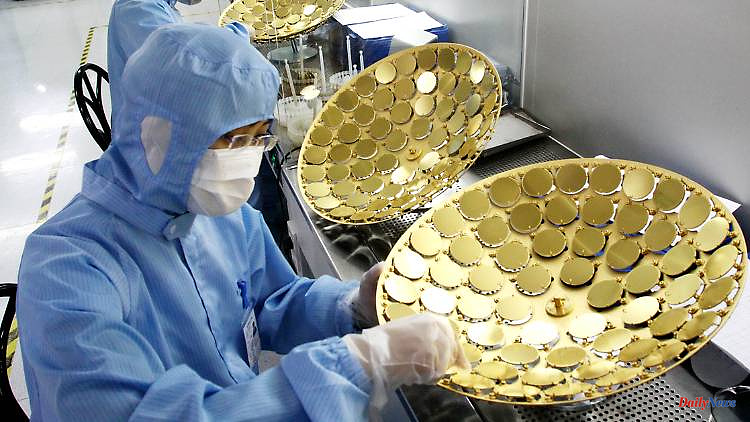 Not everything is "Made in China". When it comes to high-performance chips, for example, the People's Republic is five years behind industry leader Taiwan. Like many other countries, the country is dependent on the supply chains. The US has a plan: get rid of China.

When US President Joe Biden signed the "US Chips and Science Act" for chip promotion in a celebratory ceremony at the beginning of August, it was not just a signal of departure for his own economy. It was also a calculated dig at arch-rivals China. Because the American companies that want to benefit from the $52 billion subsidy program are not allowed to build any plants in China. A move Biden was visibly proud of: "No wonder the Chinese Communist Party has been actively lobbying US companies against this law," he said at the signing.

The Americans have been tightening the thumbscrews for months to isolate China's chip industry from global supply chains. It was only this week that the US government announced new plans to limit the export of strategically important chip technologies to China. Specifically, it is about export restrictions for special machines and semiconductors for AI applications. The reason for the supply cuts is simple: high-performance chips are the Achilles' heel of China's high-tech industry - and thus a geopolitical means of exerting pressure.

"China is currently not able to produce the most modern chips with a structure size of less than seven nanometers on an industrial scale," says Jan Mohr, semiconductor expert at the consulting firm Boston Consulting Group. However, these so-called top chips with the smallest structure sizes are essential for the high-tech sector. They are needed wherever high computing capacities play a role. For example in autonomous driving, in supercomputers or the latest smartphones.

The People's Republic currently imports most of the top chips from abroad, especially from Taiwan and South Korea. In other words: the country is dependent on a drip from the international supply chains for a key strategic technology. "Especially in the field of artificial intelligence, dependence on China could become a problem," says chip expert Mohr.

The leadership in Beijing has therefore started to catch up. As early as 2015, she presented the "Made in China" initiative, which aims to increase the proportion of self-supply with normal chips to 70 percent by 2025. It is currently around 16 percent.

"China has invested a great deal in its own semiconductor industry in recent years," says Julia Hess, an expert on technology and geopolitics at the New Responsibility Foundation. This is also reflected in the production capacities. According to the analysis company Trendforce, Chinese contract manufacturers now have a global market share of seven percent. The country's largest chipmaker, SMIC, is number five globally with sales of $5.4 billion.

Despite these advances, China is technologically "about five years" behind industry leader Taiwan, says technology expert Hess. Because the race to catch up is not just about capacity, but also about quality. And with the top chips, the People's Republic still lacks the decisive skills.

The USA has recognized this weakness and is currently doing a great deal to stop the race to catch up. With the export restrictions, the US government is not only targeting the chips themselves, but above all the means of production that are necessary to build modern factories. "This makes China's plans for a self-sufficient chip supply much more difficult," says Jan Mohr.

The fact that China cannot simply build the factories for the top chips on its own has to do with the peculiarities of the industry. The production of semiconductors is extremely demanding: there are sometimes up to 1500 work steps in a modern chip. Highly specialized machines are used, comparable to the complexity of rocket technology. There are very few suppliers worldwide who can build these machines. When it comes to the most modern generation of exposure machines, so-called EUV lithography, there is only one supplier worldwide: the Dutch group ASML.

The USA is blocking the sale of the latest ASML technology to China, which is why there is a lack of machines for the production of the most modern chip generation. And: President Biden apparently wants to increase the pressure even more soon, reports the US portal Bloomberg. At the end of May he sent his trade minister Don Graves to the Netherlands to negotiate with the government in The Hague about exports to China. The Americans demanded that the existing moratorium for the most modern ASML systems should also be extended to older versions. If the Americans prevail, this could set back the Chinese self-sufficiency plans further.

The article first appeared on Capital.de

1 "Not only in October": Bundesbank boss Nagel... 2 Trial begins on October 17: what Musk's dispute... 3 Water stays still: Carbon dioxide is running out 4 Big trouble in summer: Many customers complain about... 5 Delayed price shock: This is how economists arrive... 6 Rising prices, expensive energy: is a consumer strike... 7 Not punctual despite overtime: Lack of staff exacerbates... 8 Survey by the IFO Institute: Working from home remains... 9 Group continues to rely on coal: VW can earn 400 million... 10 Draft by the Ministry of the Environment: the plastics... 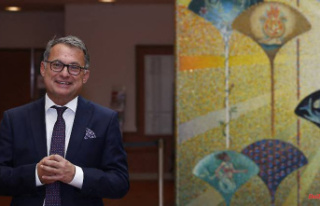 "Not only in October": Bundesbank boss Nagel...