Big trouble in summer: Many customers complain about the post office

This summer, the regulator has seen a record number of complaints about the Post. 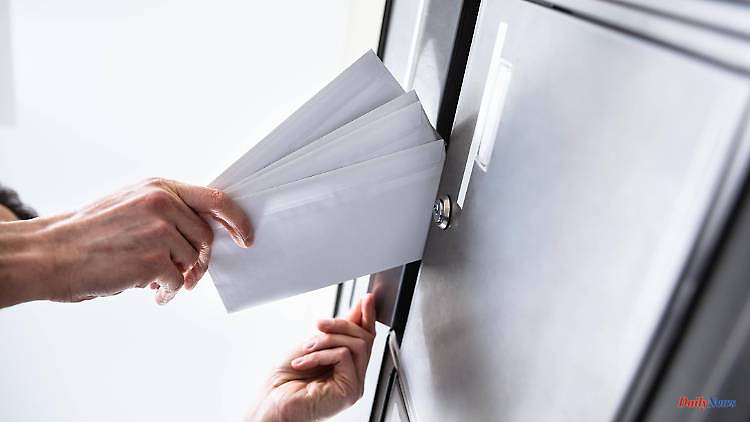 This summer, the regulator has seen a record number of complaints about the Post. It is mainly about letters that have been lost or delivered very late. The company justifies this with two typical factors and states that the operational situation is stable again.

Because of late or lost letters, many more Germans turned to an authority this summer than before. In July and August alone, around 6,500 postal complaints were received, the Federal Network Authority said in response to a dpa request in Bonn. A comparison with earlier, longer periods shows how high these summer figures are: In the first half of 2022 there were around 8,900 complaints and in the whole of the previous year 15,100.

The Bonn-based group justified the development with a high level of sickness due to corona and the shortage of skilled workers. "In addition, many of our employees have completed their summer vacation from July 2022," said a company spokeswoman. In the meantime, the operational situation is “stable again”. However, the Federal Network Agency pointed out that the number of complaints was still high in September. It's about criticism of postal and parcel services, i.e. the entire industry and thus also the competitors of the post office.

However, the yellow giant is by far the market leader in Germany, and most of the complaints are directed against it. Normally, packages are the focus of the critical speeches, but this summer it was mainly about letters. The critics complained about delays, losses or misses. The latter means that a letter initially ends up in the wrong mailbox and only later reaches the correct addressee. The Federal Network Agency initiated 14 ad hoc checks against Swiss Post.

13 were about letters and 1 was about packages. Said exams are just a kind of written warning. They are not a real means of pressure, since the regulatory authority cannot impose any sanctions - such as fines. Criticism came from politics. Other companies in Germany also had corona-related personnel problems without their service quality deteriorating as much as was apparently the case with the post office, said the FDP member of the Bundestag Reinhard Houben.

He hopes it's just a temporary problem. "Should the quality of the letter services be permanently poor, the legislature should consider granting the Federal Network Agency sanctions and thus a sharper sword in their hands," said the Liberal. This would create more pressure for the post to improve. Houben said such sanctions could be enshrined in the forthcoming postal law reform.

The SPD member of the Bundestag Falko Mohrs showed - with a view to the shortage of skilled workers and the corona-related failures - a certain understanding for the difficulties of the post office. "Nevertheless, Swiss Post is and will continue to be called upon to take the complaints seriously, because what it offers is a building block in the nationwide service of general interest," said Mohrs. He has the impression that the group takes the complaints "largely" seriously. The social democrat is rather skeptical about legally anchored sanction options. The Verdi union is aware of the delivery problems. A spokesman for the employee organization said the burden on the delivery staff at Deutsche Post and other companies was very high. More staff is needed, which will be hired on a permanent basis.

Roughly speaking, one billion letters are sent in Germany every month. In relation to this amount, the number of complaints in summer 2022 is very small. However, only a small proportion of the citizens who have problems receiving letters report to the network agency.

1 Delayed price shock: This is how economists arrive... 2 Rising prices, expensive energy: is a consumer strike... 3 Not punctual despite overtime: Lack of staff exacerbates... 4 Survey by the IFO Institute: Working from home remains... 5 Group continues to rely on coal: VW can earn 400 million... 6 Draft by the Ministry of the Environment: the plastics... 7 Interview with Frank Thelen: "I can understand... 8 Confederation controls refineries: Rosneft wants to... 9 Wall Street continues to slide: FedEx crash scares... 10 Bouygues and RTL Group: merger plans on the French... 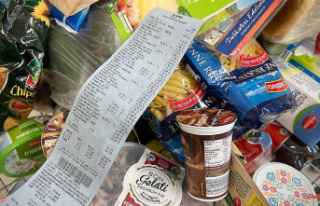 Delayed price shock: This is how economists arrive...