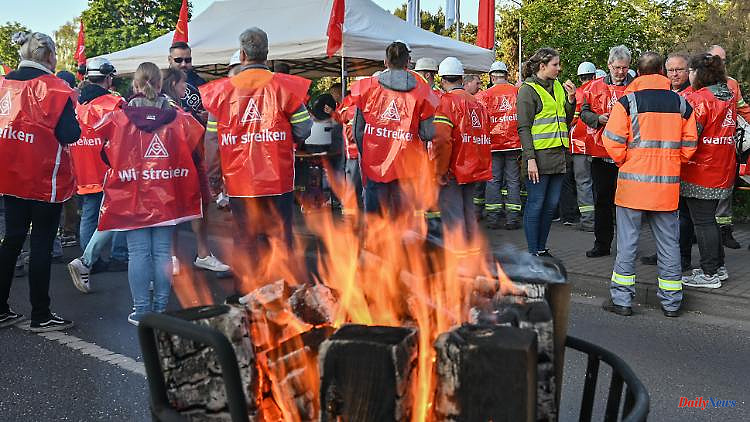 6.5 percent - the metal industry has not seen such a strong percentage wage increase for decades. Does this set the dreaded wage-price spiral in motion? Economists give the all-clear. At second glance, the collective bargaining agreement costs companies much less than the high percentage would make it seem.

For months, politicians, business associations and economists have been appealing to the unions to exercise restraint in collective bargaining in view of the high inflation rates. Because, according to the theory of the notorious wage-price spiral, high wage increases increase costs for companies, which in turn would raise their prices and fuel inflation. In view of these warnings, the IG Metall caused a stir with its demand for more than eight percent for the collective bargaining in the steel industry in north-west Germany. For comparison: The inflation rate in Germany recently jumped to 7.9 percent.

Even if, after tough negotiations, the collective bargaining parties have now decided on the highest wage increase in 30 years, according to the union, economists are giving the all-clear in their first reactions: the strong wage increase of 6.5 percent plus one-off payments is not suitable for starting a wage-price spiral bring. "If there is something to see here, it is a real wage cut, but not a wage-price spiral," writes the Düsseldorf economist Jens Südekum on Twitter.

Since the collective bargaining agreement is valid for 18 months, it only corresponds to an increase of around 4.3 percent over the course of a year. In other words, it only makes up for a little more than half of the loss in purchasing power of wages due to inflation. That is, writes the Germany head of Oxford Economics, Oliver Rakau, on Twitter, "certainly moderate".

Wage increases below the rate of inflation mean that other factors such as energy and food costs are driving prices far more. However, the benchmark for ensuring that wages really do not create any unwanted inflationary pressure is the official inflation target of two percent. Wage development is only neutral if the wage costs of companies increase by these two percent per year plus the increase in productivity. This means that for the German economy, "a wage increase of around three percent does not create any cost pressure on inflation," as Sebastian Dullin, head of the union-related Institute for Macroeconomics and Economic Research, explains on Twitter.

According to Dullin, the steel agreement should also meet this condition. Because the metal employers had paid one-time payments in addition to the wages according to the tariff tables last year. However, the table values ​​are the basis for the tariff increase now agreed, and are therefore lower than the actual annual income. In addition, the agreement comes into effect in August and therefore does not have a full impact on the calendar year. Labor costs are therefore increasing at a significantly lower rate of 4.3 percent per year.

The north-west German iron and steel industry, with its 68,000 employees, is in any case too small to fuel inflation dynamics in the long term. Since many steel companies have recently earned well and IG Metall, as a trade union, has a very strong position here, the wage agreement only has a limited signal effect. Many sectors are more likely to lag behind. Therefore, writes Dullin, "the recent deal should reassure rather than alarm those who fear a wage-price spiral."

1 More independence from Russia: EU plans gas agreements... 2 Delivery cuts at Nord Stream: Experts fear even higher... 3 Big Marketing or the Future: Where is the Metaverse? 4 Impairment in the home office: Every third person... 5 War and high energy prices: IFO lowers economic forecast... 6 Inflation gaining momentum: does the FED dare to radically... 7 Consumption. Toilet paper prices are on the rise and... 8 Collective agreement after protests: salaries in the... 9 Power plant in Western Australia: BP gets involved... 10 It matters. Tax fraud: McDonald's is paying more... 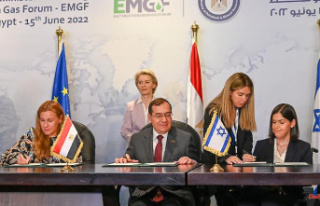