Bitcoin below $18,000: crypto industry in a downward spiral

The bitcoin is still in a rapid descent - and takes the other cyber currencies with it. 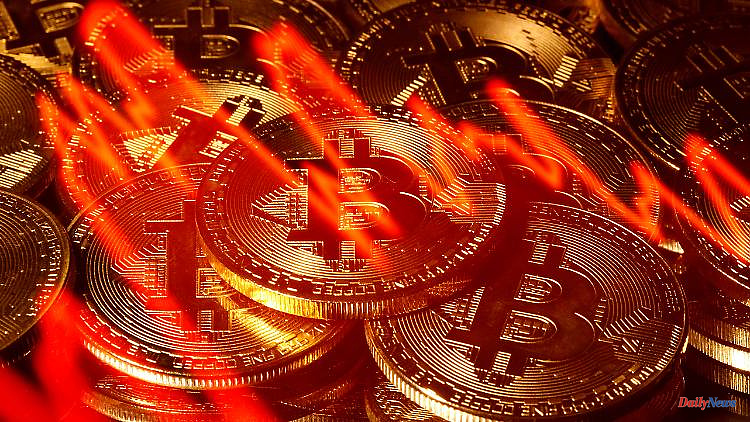 The bitcoin is still in a rapid descent - and takes the other cyber currencies with it. Things are also getting tight for companies that make money in the crypto industry. The problem is that - unlike banks - there are no disclosure requirements.

Cryptocurrency Bitcoin continued its recent slide on Saturday, falling well below the crucial $20,000 mark. At times, the oldest and best-known cyber currency cost just $17,649, about 14 percent less than on Friday and the lowest it has been in 18 months.

In November, a bitcoin was almost four times as expensive at around $68,000, and the value has fallen by more than 60 percent since the beginning of the year. The cryptocurrency Ethereum lost 73 percent in the period. According to the industry service coinmarketcap.com, the combined market value of all almost 20,000 cyber currencies recently fell below the one trillion dollar threshold.

“The breach of $20,000 shows that confidence in the crypto industry has collapsed,” market analyst Edward Moya of The Americas OANDA said on Saturday. "There are too many cryptocurrencies and crypto exchanges that are under tremendous financial pressure given the cost of borrowing," he said, referring to rising interest rates. Many retail investors who had invested their money in cryptocurrencies would be permanently scared off.

The slide in prices is accompanied by significant losses on the global stock markets due to fears of a recession. Jochen Stanzl, chief market analyst at CMC Markets, referred to a general sell-off in the risk markets just a few days ago. If Bitcoin does not rise back to just under $33,000 at the end of the month, there is a risk of another crash down to the 10,000 mark from a technical point of view.

In the cybercurrency market, investors had recently been concerned about the difficulties of Celsius Networks, a provider of cryptocurrency loans. Celsius had said it was suspending withdrawals and inter-account transfers to stabilize liquidity and operations. The company lends digital money, provides cryptocurrency-backed loans, and offers savings products for customers who invest their cybercurrencies with the company. On its website, the company advertises annual returns of up to 17 percent.

The market fears that other companies in the industry will be sucked into the abyss. One problem is that companies like Celsius operate in a gray area, explained Matthew Nyman of the law firm CMS. Unlike classic banks, they are not subject to any clear regulation with corresponding disclosure requirements. Several companies in the industry have announced that thousands of employees will be laid off. Against this background, investors had recently parted with shares in the cryptocurrency sector and companies that deal with the blockchain technology on which cryptocurrencies are based. 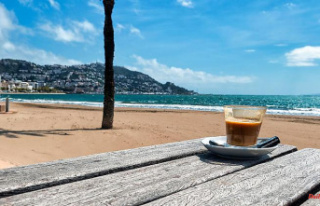 Restaurants remain closed: There are no waiters in...