Breach of contract after the start of the war?: Why Russian consumers want to sue Bosch

Bosch products and services can be found almost everywhere. 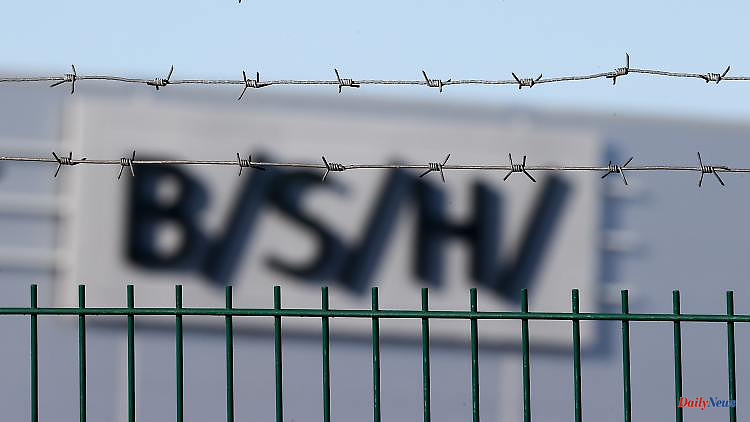 Bosch products and services can be found almost everywhere. Also in Russia. To date: In April, the company announced that it would not leave the Russian market despite the war and sanctions. Nevertheless, Russian consumers are angry.

In April, the new Bosch boss Stefan Hartung announced an unpopular decision. He announces that the traditional German company will not leave Russia despite the attack on Ukraine. "It's not just about the business point of view, but primarily about our duty of care. We bear responsibility for all our employees - for the around 360 in Ukraine, but also for the 3,500 in Russia," he says in one Interview with the "Handelsblatt".

Hartung is presumably based on the principle of company founder Robert Bosch, which can be found on the YouTube channel of the traditional German company: It's better to lose money than trust.

But trust in Bosch suffers anyway. In March, Ukrainian Foreign Minister Dmytro Kuleba criticized the fact that Russian infantry vehicles had fallen into the hands of Ukrainian troops on Anne Will on ARD. "We looked into one of these vehicles," he says in prime time. "And found out that parts of the main components that power this vehicle were supplied by Bosch. For years, Bosch has supplied components necessary for military machinery to enable Russian troops to invade Ukraine, shoot civilians and destroy our cities."

The German industrial group is remorseful after the show – at least in part. Yes, the part comes from its own production, says Bosch. However, it was not delivered to the Russian arms manufacturer by Bosch itself.

This is not a surprising statement, because anything else might have been a violation of EU sanctions that were imposed on Russia back in 2014 after the Russian annexation of Crimea: These prohibit deliveries of certain dual-use goods to Russia. These are components that can be used for both civilian and military purposes. In March, the Federal Office of Economics and Export Control (Bafa) initiated investigations into Bosch on behalf of the Federal Ministry of Economics.

The group tries to appease. Yes, you have not left the Russian market. However, the business was cut back - and massively, as Bosch had already explained after the criticism from the Ukrainian foreign minister. Accordingly, fewer goods are delivered to Russia, especially for the automotive business, but fewer are also manufactured at the three local locations. The trade in spare parts and truck components has already come to a standstill.

This may be why not only Ukraine is angry at Bosch, but also Russia. In July, the Russian daily newspaper "Kommersant" reported that a Russian consumer organization wanted to sue two of the group's locations in order to force warranty repairs to be carried out, including BSH Hausgeräte GmbH in St. Petersburg.

According to this, thousands of customers have complained that their household and garden appliances are defective but are not being repaired - even though they are entitled to them and Bosch has announced that guarantees are valid despite the war.

At "Kommersant" the company assures that it will continue to fulfill all its obligations. ntv.de also asked whether and which repairs Bosch is still carrying out in Russia. Bosch answers, but unfortunately not to this question.

But the Apple case may show where the problem could lie, because similar allegations are being made against the iPhone manufacturer in Russia, although an authorized Apple service provider was still trying to sound the all-clear in June: repairs would be carried out - if the necessary spare parts were available available.

Because that seems to be the real crux, as "Kommersant" already reported in June: There are no more displays for the iPhone 13 in Russia. Batteries are missing for the iPhone 10. To be expected, because unlike Bosch, Apple has completely left the Russian market. The sale of all devices will be stopped, the iPhone manufacturer announced in early March. All deliveries have been suspended - including spare parts, of course.

But many Russians bought iPhones, Macbooks and the like before the Russian attack on Ukraine, explains political scientist Alexander Libman from Freie Universität Berlin in the ntv podcast "Learned something again." "If that's the case, companies still have obligations that they have to honor. And if they don't, they have a legal problem - if someone sues and enforces that judgment internationally."

Apple and most other companies left the Russian market voluntarily, sanctioned Russia or themselves, so to speak. Key technologies and dual-use goods that can be used by the military are not on the sanctions list, while household appliances and consumer electronics are not. But the picture is vague: In the early days of the war, the Russian military apparently cannibalized refrigerators and dishwashers to get components for tanks and rockets.

In principle, however, Bosch is obliged to resume servicing the goods, the Russian consumer initiative at "Kommersant" complains. Alexander Libman agrees. With the sale of their devices, Bosch and Apple made promises of guarantees that they would have to honor even after the Russian attack on Ukraine. One cannot break contracts for ethical reasons, says the political scientist. "Imagine the waterworks telling you that they don't like your political views and that's why you're not getting any more water. That's not possible."

Bosch does not want to turn off the tap of the Russian population. "Relevant activities", such as the supply of boilers, the group wants to maintain, he said when asked by ntv.de. At the same time, Bosch acknowledges that much of its business has been paused or ground to a halt due to the "sanctions and current environment." There is also talk of "delivery bottlenecks and significantly more difficult market access".

Bosch has decided not to leave Russia. This is probably no consolation for Russian customers, because the traditional group only seems to be represented symbolically. But even if he is sued and loses the case: repairs cannot be carried out without spare parts - for whatever reason they do not reach the Russian market.

It's better to lose money than trust, Robert Bosch once said. It looks like Bosch lost both sides in the Ukraine war.

1 "Downfall", Ultras, unfit: Hertha breaks... 2 Mentality, hardship - champion?: Besouled BVB falls... 3 Denied ground under their feet: court error drives... 4 Sex, stress and peace of mind: the sense of smell... 5 He stumbled over the phrase "What was right then..." 6 Solo and open to everything – why women are increasingly... 7 CSU: Söder complains about Bayern bashing 8 The state must not generally oblige citizens to gender 9 Conflicts: China continues maneuvers around Taiwan 10 Ministry of Agriculture wrongly withheld food traffic... 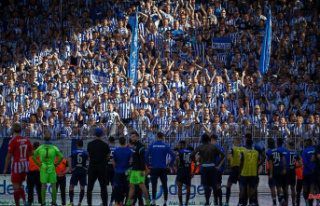