The prices for glass, energy and carbon dioxide have risen significantly. 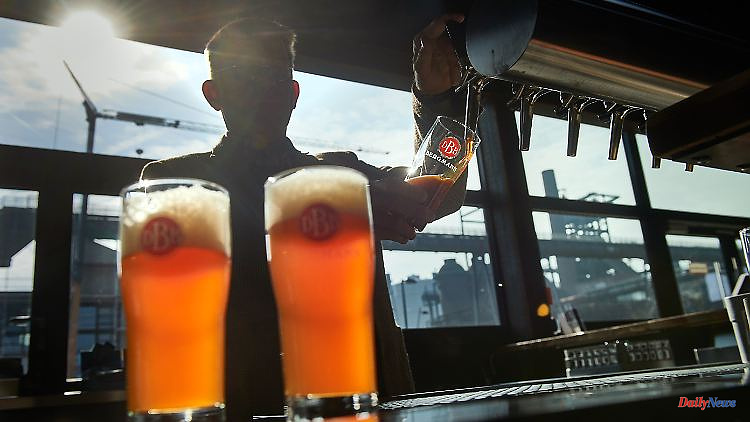 The prices for glass, energy and carbon dioxide have risen significantly. The breweries are particularly feeling the effects. In an interview, the founder of the Dortmund Bergmann brewery, Thomas Raphael, explains how he is maneuvering his company through the crisis.

Mr. Raphael, you run the small Bergmann brewery on Phoenix-West in Dortmund. These days, beer is symbolic of all possible price increases - from carbon dioxide to paper. How is it by you?

Thomas Raphael: Of course we are also experiencing a broad-based increase in costs. Our staff costs in the bar have increased by 25 percent since last year. In addition, we have rising energy prices and more expensive primary products. So far we can pass on the prices. Our slogan is "Hard work. Honest wages", and that is also reflected in the prices, which we have to be comfortable with. But that is also due to the structure of our project.

What's so special about it?

Bergmann was born out of a crazy idea, namely that we want to help the former beer capital of Dortmund get back on its feet - and initially not on a business plan. That came later. At the beginning we said: "We'll do it now, and if it works, we'll continue. And if it doesn't, then not." We still have this mentality today, and it has developed a certain lightness and joy in and about our brand, which our customers also feel. So far we have been able to pass on cost increases in 15 years. This year there was already a prize round on May 1st, and there will be another one at the end of the year.

Won't you lose customers as a result?

As a small brewery, we cannot conduct market research. Of course, there are always one or two negative comments. But what that really matters, I can't say. It may be that consumers will spend less money on quality beer in the coming year when energy bills come. But we can't change anything about that. Maybe then we will have an advantage because of the regionality. And we also believe that people will continue to sit together over a beer.

Don't you feel any pressure from the competition - or do you have them at all?

To be honest, there really aren't any. Our market is regional, we produce in and for the Dortmund region. There is no other small, private brewery here. Many small breweries are more regionally active. The relationship between them is usually very good. Many are working together or are considering doing so - so are we, of course. Whether you see the big breweries as competition depends on the market. That may be true in gastronomy, where we could also sell more of our beer. We are working intensively on this with new strategies and are also seeing successes. In fact, we have been bought out several times by the big names in the catering industry, but are increasingly able to gain a foothold. Trading is largely independent, so it's more the trading margins that are the problem.

Depending on the season, they produce between ten and fifteen beers. From Pils to specialty beers. Which of these are particularly difficult to produce - and are they correspondingly more expensive?

Actually, the effort involved in brewing is always comparable. What makes a difference is the type of bottling. And for beers with a higher original gravity and alcohol content or dry-hopped beers, we use much more raw materials - malt and hops, for example.

When bottling into small bottles, we have to divide large amounts of beer into a small volume and use complex technology. That also means we need a lot of bottles and a lot of crates. This is relatively complex and costs a lot of material. Bottles are scarce right now and we sell the beer in cases of 10. We buy them for 5 euros, but initially only get a deposit of 1.50 euros back from the customer. It has to be said that we invested most of our money in black plastic boxes. The advantage, however, is that we have been able to sell the beer across the board.

And what about draft beer?

It's easier there. We have a small, state-of-the-art bottling plant, and the barrels then go to the catering trade. However, the most economical and qualitatively best way is to use tanks. The freshly brewed beer is filled directly into 1000 liter tanks and from there it goes straight to the bar. We also see potential in gastronomy in this area and want to grow accordingly.

Do they also avoid the carbonic acid problem on the market? Some breweries have already stopped production because they don't get carbon dioxide...

There is a classic misconception here: the carbonic acid in beer is created during fermentation. Carbon dioxide is only introduced during bottling and/or casks to displace the air. The fresh beer shouldn't come into contact with air - that's the difficulty with all bottlings. The problem mainly relates to lemonades, which still have to be carbonated, and there is probably a north-south divide there too. In any case, the topic came up last week at a trade fair in southern Germany. To be honest, I didn't understand it and I wasn't really interested in it either: Here in the region people are talking about it, but we haven't actually had any problems so far and continue to buy at the normal price.

This is likely to be one of the few areas where there are no cost increases. What about energy costs: Do you heat with gas?

Yes, we're doing that. We have also considered switching to other forms of energy. Liquid gas would have been possible, for example - only: we didn't have space for a tank. We could have improvised, but that's of little use to me if other suppliers can't and we can't get any preliminary products. The malthouses in particular are dependent on gas and if there is no more gas, we won't get any malt either. Then we don't need LPG either.

Glass bottles are also often made from gas using natural gas. You have already indicated that the market is currently thin. How acute is the problem?

We actually only buy used reusable bottles from the service provider. The problem isn't so much the cost. They have also increased, but the problem is simply availability. There have always been seasonal fluctuations, for example a warm spring. That was also the case this year and that's why many manufacturers simply don't get bottles. Luckily we were able to stock up on time and got through well. But one thing has to be said: It's amazing how little competition there is in this market.

You are currently experiencing the second crisis in quick succession. What is more challenging: Corona or rising energy prices?

What bothers me the most is that we have become more cautious when it comes to investments. The numerous uncertainties mean that we are also postponing investments. For example, last year we wanted to build another industrial brewing plant in the port of Dortmund. This did not work out due to official difficulties. In the meantime, however, I am very happy about it, the project would not fit into the current time.

1 "Getting dirtier over time": Bitcoin mining... 2 'Pretty impressive!': Paul McCartney is... 3 Saxony-Anhalt: Long waiting lists for music lessons... 4 Bavaria: flood of cats and financial worries: animal... 5 Bavaria: man drives with drugs and arrest warrant... 6 Saxony-Anhalt: Zeitz is expanding the Sugar Festival... 7 Hesse: Significant damage in the event of a fire in... 8 Saxony-Anhalt: Harz narrow-gauge railways suffer from... 9 Thuringia: Man does not want to wear a mask and throws... 10 North Rhine-Westphalia: Some hotels are considering... 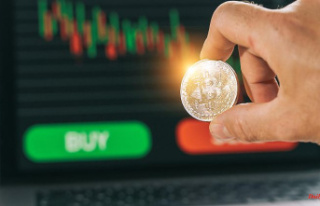 "Getting dirtier over time": Bitcoin mining...