Bruno Le Maire believes France should be able to recover from the inflation peak "at the end 2023".

France's inflation accelerated once more in May to 5.

France's inflation accelerated once more in May to 5.2% in one year. This was the fastest pace since September 1985. In an interview, Bruno Le Maire, Minister of Economy, stated that France should "get out from the peak inflation at the beginning of 2023". France-Inter was warned by Le Maire: "The hardest bit is ahead of you."

The minister explained that after this acceleration, there will be a structurally higher inflation of around 2% due to regionalization of value chains, and the very high energy transition cost.

Comparing France to its European neighbours is still quite flattering. On Monday, German inflation set a new record (7.9% year-on-year in May).

The current situation in the energy and food markets is driving up prices. "All must fight inflation. Bruno Le Maire adds that companies - some of which already have - can participate by mobilizing value-sharing instruments such as the Macron bonus or participation, or profit-sharing. "Those who have enough leeway can raise wages." He also says that they can lower prices.

Bruno Le Maire assured that he doesn't "believe in a recession this year" but wants to remain cautious. Everything will depend on the developments in Ukraine and in many other countries, including China. He also stated that he would "review" the growth figure when he presents the amending finance bill at June's end, or beginning July.

At this point, growth is still at 4%. However, several institutions have already reduced their forecasts several times. According to changes in energy prices, the International Monetary Fund (IMF), France expects growth of 2.9%, and the European Commission 3.1%. The Banque de France predicts growth between 2.8%-3.4%. 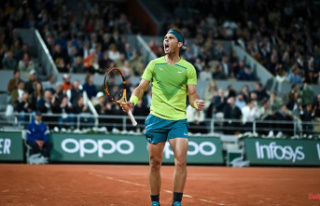