By 0.75 percentage points: US Federal Reserve dares the largest interest rate hike since 1994

In the fight against high inflation, the US Federal Reserve is raising the key interest rate by 0. 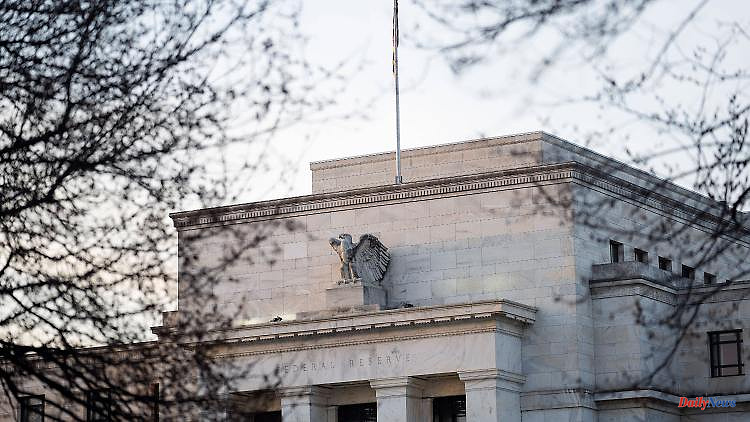 In the fight against high inflation, the US Federal Reserve is raising the key interest rate by 0.75 percentage points, more than it has been in almost three decades. The move should calm the financial markets.

Based on the latest data on the persistently high inflation rate in the past few days, some analysts had already suspected that the Fed could surprise the markets with an increase of 0.75 percentage points. In March, the decision-makers at the Fed were still expecting an average key interest rate of 1.9 percent at the end of the year. Now they assume 3.4 percent this year and even 3.8 percent in the coming year. The Fed is also predicting significantly lower economic growth this year than assumed three months ago. The gross domestic product (GDP) of the world's largest economy is expected to grow by 1.7 percent. That would be 1.1 percentage points less than forecast in March.

The US Federal Reserve is also anticipating a higher inflation rate than previously assumed for the current year. Despite the planned increases in the key interest rate in 2022, the inflation rate is expected to average 5.2 percent. The pressure on the central bank is currently great: the inflation rate is higher than it has been for around four decades, which is reducing consumers' purchasing power; people can afford less for the same income. The Fed is raising interest rates to curb inflation. This makes loans more expensive, which slows down demand. This helps bring down the rate of inflation, but it also weakens economic growth. It is therefore a balancing act for the central bank: it wants to raise interest rates so much that inflation is slowed down - without simultaneously stalling the economy and labor market and triggering a recession.

The stock markets were nervous ahead of the Fed meeting; Investors fear an economic dip. Because of the Corona crisis, the Fed had lowered its key interest rate to almost zero and supported the economy and financial markets with extensive emergency programs. Last year, the Fed still mostly described the increased inflation rate as a “temporary” effect as a result of the pandemic. Towards the end of the year, however, it initiated a move away from its ultra-loose monetary policy. In March, it raised the key interest rate by 0.25 percentage points for the first time since the pandemic. In May, given the high inflation rate, an increase of 0.5 percentage points followed, which was the largest increase in 22 years.

Ahead of Wednesday's meeting, Fed policymakers had given a clear signal that another 0.5 percentage point hike was to be expected. However, data last week showed that consumer prices rose 8.6 percent in May from the same month last year. That was the highest value since 1981. In addition, new surveys indicate that consumers expect prices to continue to rise in the future. The data has increased the pressure on the Fed, because the medium-term inflation rate of 2 percent that it wants is becoming increasingly remote.

The Fed surprised the markets by raising interest rates by 0.75 percentage points, which central bankers mostly avoid. On the other hand, the central bank is now sending a clear signal that it wants to slow down the rapid rise in prices. One challenge for the Fed is that it can only influence some of the causes of price increases to a limited extent. Disruptions in global supply chains and rising energy prices are not directly responding to US interest rates. The Fed is also unable to control the consequences of the war in Ukraine and the corona lockdowns in China.

However, the high rate of inflation is also causing concern in the White House: Many voters blame President Joe Biden's government for it. Roughly speaking, the higher the prices, the more Biden's poll numbers fall. This is a problem for the President and his Democrats, who are trying to defend their slim majorities in both chambers of Parliament in the congressional elections in November. 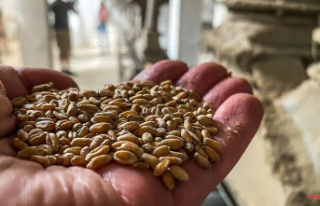