City wind power is not PR: "There is potential for 30 wind turbines in Berlin"

In May, the Berlin Senator for the Environment makes a surprising proposal: Bettina Jarasch announces that the Senate wants to build wind turbines in the capital - if necessary also in nature. 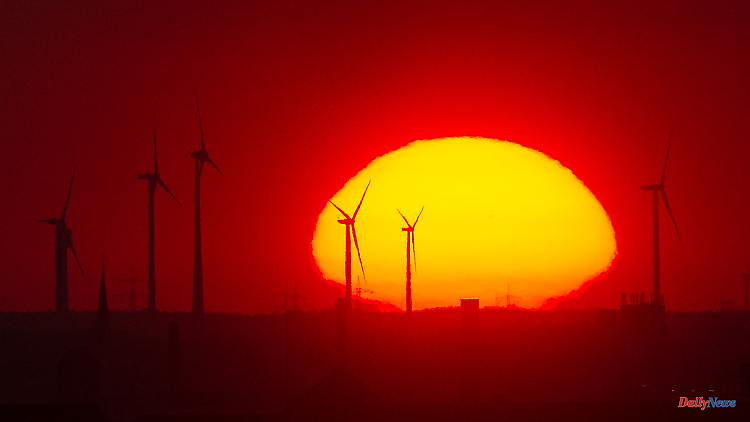 In May, the Berlin Senator for the Environment makes a surprising proposal: Bettina Jarasch announces that the Senate wants to build wind turbines in the capital - if necessary also in nature. "I don't like going into landscape protection areas, but we won't be able to rule it out if we want to achieve our climate goals," she said after a Senate session. "This is anything but a PR campaign," says Jürgen Quentin from the specialist agency for wind energy on land in ntv's "climate laboratory". A new study agrees with him: "The same applies to city-states: there is potential," calculated the German Wind Energy Association. Where is this potential? Jürgen Quentin can carefully reassure conservationists. The wind power expert is primarily thinking of the former Tegel Airport as a location.

ntv.de: The Berlin Senate wants to build wind turbines in Berlin, if necessary, also in forests and nature reserves. What went through your mind when you heard about this plan?

Jürgen Quentin: It's about the fact that we've been facing a very special challenge since spring. We must massively expand renewable technologies not only for climate protection, but also for our energy independence. We are facing major gas supply problems. Nobody knows what next winter will bring. Every kilowatt hour of additional electricity that we generate is a contribution to greater energy independence. This also includes equipping areas in Berlin with wind energy and other technologies if they are suitable.

Even if these areas are forests and nature reserves?

You have to differentiate: nature reserves are a no-go area, you can't get into them with wind turbines or solar systems. What is being discussed are landscape protection areas in which the landscape is the asset worth protecting, but which are not barred from wind energy from the outset. So if you want to go to these areas, you need the political will to do so. When it comes to forests, outside of Berlin there are already around 2,300 wind turbines in forests. This is mostly the case in the southwest, where 40 percent or more of the country's area is forested. However, these are not particularly species-rich forest areas worthy of protection. These are forest areas that are used intensively for forestry and typically have a monoculture of coniferous stands: pine forests in Brandenburg, spruce forests in other parts of Germany.

That means that you basically like the Berlin idea, although wind turbines would be more suitable in other countries than in a big city?

We have a high population density in Berlin. Accordingly, the areas that can be considered for wind turbines at all are very limited. They are either industrially shaped, for example commercial areas or ports. Or there are areas that are not populated for other reasons, for example in the outskirts of Berlin. There are large areas of forest. Then you have to look at what kind of forest it is. If species protection, composition, useful and protective functions are not a problem, then wind energy is definitely worth considering.

But in a big city one is thankful for every green space. Does it really make sense to clear forests for wind turbines, even if they are otherwise of little use? Or wouldn't it be better to continue greening and reforesting the areas?

I'm not saying that Berlin should definitely build potential wind turbines in forests. That's not the issue. But perhaps forests can house some of the facilities. There are currently six systems in Berlin. The potential for another 20 or 30 is there. Only for a small part of it would forests even come into question. You have to know: In the forest, a wind turbine needs about half a hectare of space. Another half for the construction phase, but it can grow over again. But this area has to be reforested one-to-one elsewhere. There you can of course promote forest conversion or settle resistant tree species. In addition to reforestation, a nature conservation compensation must also be created. This means, for example, that use is reduced in existing economically used forests.

Should this compensation happen in Berlin or could it be done elsewhere?

That is decided by the political side. In principle, I would be in favor of creating a balance in Berlin, because of course you don't want to reduce the proportion of forest in the future, but maybe even increase it. But if the wind turbine is built in the border area with Brandenburg, compensation could also be provided there. Forests do not stop at national borders. In terms of climate protection and species protection, it doesn't matter where the forest is located.

Would you say it is economical to build these wind turbines within Berlin? Or is it more of a PR campaign to show: we do something too?

This is anything but a PR campaign. As I said, every kilowatt hour of additional and climate-friendly electricity that strengthens our energy independence is an important one. In my opinion there is no argument that Berlin should not participate in the expansion - even if this attitude is found in one region or another. But that lacks solidarity and is no longer justified today. We have been building wind turbines for 20 years with an existing fossil and nuclear infrastructure in the background. We will abolish these in the foreseeable future. In the future, our energy supply will be based on renewable energies. This is the lifeline of our industrial society.

But of course it is symbolic if you look at it from the point of view: Can Berlin provide itself with electricity? no This will not be possible even with other technologies because the demand for electricity is enormous due to the high population: 14 billion kilowatt hours a year. A modern wind turbine has an output of 10, 12 or 15 million kilowatt hours. Mathematically, Berlin would need 1,000 wind turbines in its urban area to be able to do this. Of course, that's not the purpose of the exercise.

But you say that other regions lack solidarity. What good are ten wind turbines in Berlin if regions like Bavaria refuse?

The one does not exclude the other. The example of Bavaria shows that political support for the expansion of wind energy is not particularly pronounced, ...

You can put it that way.

... but that doesn't mean that Berlin, Bremen and Hamburg are saying: if Bayern don't do more, we won't do anything either. There are industrial companies in Berlin whose CO2 balance sheet will become climate-neutral as soon as possible. It's attractive for them if they can say: I cover a good part of my electricity needs myself - for example with photovoltaic systems on the roofs of my halls. But of course we also have businesses that need far more electricity than what can be generated with solar energy on the roof. A wind turbine that generates twelve million kilowatt hours per year would be helpful for them.

And would a wind turbine do that in Berlin too?

We are talking about whether the Berlin Senate should designate areas for wind energy. I think yes. In my opinion, six wind turbines are far from the end of the road. However, whether systems are actually built on it depends on the individual projects. And when designating the area, one would of course pay attention to the wind conditions and check whether the wind turbine could at least theoretically be operated economically there. With today's electricity prices, some of which are twice as high as two years ago, this question can be answered relatively quickly and easily. Especially if you could use the former Tegel Airport as a location: 12 to 15 kilometers to the west is the so-called Nauener Platte. There are more than 100 wind turbines there. In Tegel the wind conditions will not be that different.

Are there other locations that would be suitable? The former airport in Tempelhof was also brought into play. It is actually in the middle of the city.

In theory, a lot is conceivable, but wind turbines on the Tempelhofer Feld are ruled out simply because of the very high level of recreational use. Thousands of people spend their free time there on weekends. It makes absolutely no sense to build a wind turbine there, even if it were possible. People could still stay there. However, there is a certain level of noise pollution, especially in the immediate vicinity. Maybe the wind conditions are different than on the outskirts. Therefore, Tempelhof would certainly not be Berlin's fillet piece for wind turbines. You should look at other places for that. There are many port areas or old power plant locations in Berlin that have already been shut down or will be shut down in the foreseeable future. The noise there is different than at Tempelhofer Feld.

And what about the forest areas? The Grunewald in the south-west of the city was under discussion, and the region around the Müggelsee in the south-east of Berlin. Are you dependent on them or could they be spared because there is so much space in Tegel and the other locations?

In 2005, potential plant locations were examined. At that time, there were around 400 hectares that would be suitable for wind energy. This includes the forest areas. However, Tegel Airport was still in use at the time. In the region, there may also be fields for wind turbines that were not previously considered because of the flight routes. With that, you could consider around 500 hectares for wind energy today. In a park, a modern large wind turbine takes up an area of ​​18 to 20 hectares, so that the distance to neighboring systems is correct and they do not influence each other. If a system stands alone, the need is smaller.

So you still have room for 25 systems?

Exactly. Currently there are 6, so that would be around 30 plants. The potential is not there for much more. If all 30 systems were in operation and of the largest and latest generation, Berlin could cover around two to three percent of its electricity requirements.

Clara Pfeffer and Christian Herrmann spoke to Jürgen Quentin. The conversation has been shortened and smoothed for better understanding. 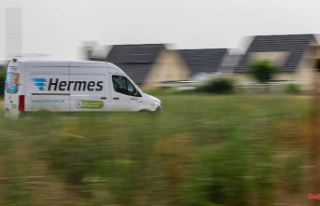