Comparing apples and pears: BMW R 18 or rather an R nineT?

Tastes differ, so you can sometimes compare apples and pears, like here the BMW R 18 and the R nineT. 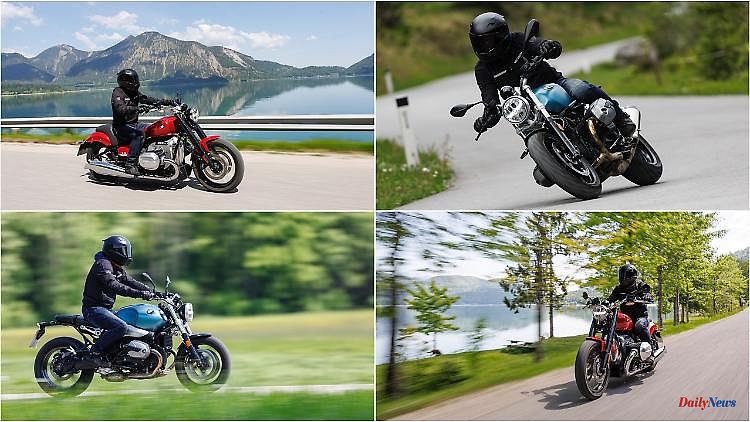 Tastes differ, so you can sometimes compare apples and pears, like here the BMW R 18 and the R nineT. In the end, there may be two bikes for very different riding needs and rider types. But a few things unite the Bavarian bulls and the curve robber.

If you compare the BMW R 18 with the R nineT Pure, it may seem as if the famous apples and pears are being compared here. And yet the attempt should be started here, because in addition to the clear differences, there are a few things that the two Bavarians, which are manufactured in Berlin, have in common: There would be, for example, the boxer engine and the rear wheel driven by a cardan shaft. Also, there's the obvious nostalgia. Both motorcycles are borrowed from famous models in BMW motorcycle history. The R 18 has its predecessor in the R 5, the R nineT finds it in the R 32. This in turn is the basis of the puristic simplicity of both models.

In the end, however, there are two completely different motorcycles facing each other in terms of riding technique. While the R 18 is the sovereign cruiser, the R nineT is the classic roadster that also invites you to dynamic country road driving. Since the 2021 model year, the "small" propellant at 1170 cubic centimeters compared to the Big Boxer of the R 18 has been adapted to the regulations of the EU 5 standard. Which means nothing other than that he has lost 1 hp. Since the maximum torque is still 116 Newton meters, this is irrelevant for spontaneous acceleration. Especially since the torque curve has been adjusted in the range between 4000 and 6000 crankshaft revolutions and thus ensures a full pull.

But even with the R 18, the driver can stretch his arms really far. With 91 HP not quite as powerful as the R nineT, the 1802 cc boxer pushes 150 Newton meters onto the cardan shaft if necessary and pushes the Bavarian bull, which weighs at least 324 kilograms, depending on the equipment. If the horns are not firmly gripped here, if the pistons in the Big Boxer really wedge out, the driver becomes a rodeo rider. Especially those who are wildly turning the throttle while standing should anchor both feet firmly on the ground, which should not be a problem with a seat height of 69 centimeters, even for smaller riders.

Of course, an R nineT can also really shake itself, because here too the pistons swing to the left and right. But not with such force as in the R 18. And of course the pilot of the R nineT is around 1 second faster at country road speed with 3.6 seconds. If you stay on the gas, you will see a few moments later how the analogue speedometer needle is moving towards 200. But don't panic, the pilot of an R 18, who gently kicks up the gears and holds the hammer firmly in his hand, will only begin to ponder at over 180 km/h. Not because he couldn't go faster, but because he feels like the sails of Columbus' "Santa Maria" in a storm off Cuba.

However, neither the thick R 18 nor the R NineT, available as Pure, Scrambler or Urban G/S, are suitable for speed excesses. And if they do, then they're just not fun for the above-mentioned windy reasons. But what both can do in their own way are neat cornering. Yes, the R nineT is significantly more dynamic than the R 18 because of its greater leaning angle, because 30 degrees is the limit here. Anything beyond that leads to a bad scratching of the footrests on the asphalt. Can also have its charm, but is not particularly conducive to the material.

What unites both bikes again is their reduction. Neither the one nor the other has driving programs or an electric rebound adjustment. You won't even find a gear indicator on an R nineT Pure. However, BMW didn't want to put the two heritage bikes on track without any technical innovations. That's why there is dynamic traction control and engine drag torque control for the wild cock turners, both of which prevent the rear wheel from slipping or slamming.

Even driving programs are available. With the R 18 they are called Rain, Roll and Rock. The R nineT has road instead of roll. Since romping around with the clearly heavy Bavarian bull is not so easy for every driver, there is also a stability control as standard, which the professional bull rider can of course also deactivate. But at the end of the day, it stays that way. The R 18 is the ideal vehicle for leisurely cruising. In the lower speed range you look for your swing in high gear and glide along with the gentle roar of the exhaust system.

With the R nineT you can also ride the attack mode and let it run in the corners. But you should be aware that neither the R 18 nor the R nineT are automatic when it comes to meandering. Both want to be led and directed. The little one maybe a bit more than the Bavarian bull. And the thickness is also more accommodating over long distances, as far as the endurance of the rear services on the respective seat cushion is concerned. The Scrambler has by far the narrowest cushion in the R nineT series. At least that's what the author's backside claimed while he felt really comfortable on the Pure and especially on the G/S.

In the end, the decision between R 18 or R nineT is certainly not just one of taste, but also one of budget. While you can upgrade to an R nineT Pure from as little as 13,650 euros, you have to budget at least 21,600 euros for an R 18. But no matter how you decide in the end, both are fun. Each in their own way.

1 Vote on cooperation: will the Danes say yes to more... 2 North Rhine-Westphalia: Unemployment in NRW continues... 3 Saxony: companies are looking for apprentices: around... 4 Saxony-Anhalt: 116 punctured tires on Amazon vehicles:... 5 North Rhine-Westphalia: Völler about Carro: From... 6 North Rhine-Westphalia: Corona incidence in North... 7 Convicted of fraud: 20-year-old man stole millions... 8 Rescue failed: Orca in the Seine has to be put down 9 After hours of fire: yacht sinks in the harbor 10 Bayern: Munich "Löwen" commit central defender... 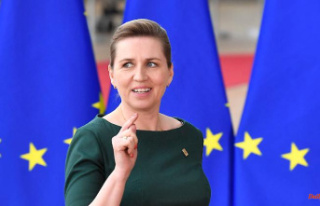 Vote on cooperation: will the Danes say yes to more...