"Completely wrong direction": Gasoline will be even more expensive at the start of Pentecost

Actually, the tax cut for petrol and diesel should relieve Germany's drivers. 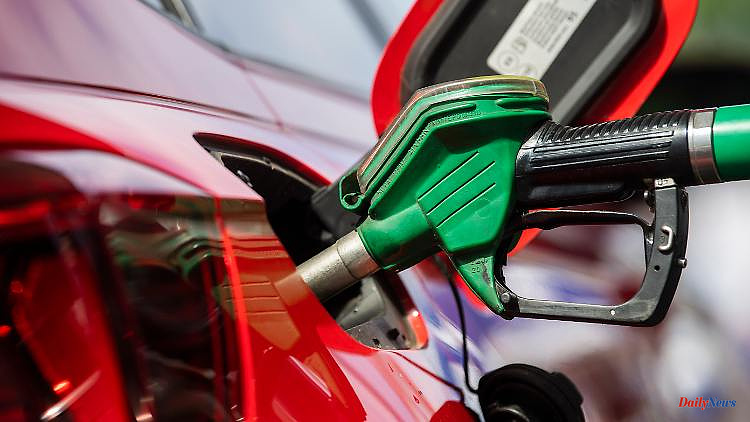 Actually, the tax cut for petrol and diesel should relieve Germany's drivers. At the pump, however, they only notice a little of it. Just in time for the Pentecost weekend, prices are going up again. The ADAC is alarmed.

The reduction in fuel tax is getting weaker and weaker with customers. The price for Super E10 rose again on Saturday morning, as announced by the ADAC. Diesel was roughly at the level of the previous day. According to the traffic club, both fuels were too expensive. "There is clearly not enough for the consumer," said a spokesman. "The development is going in the completely wrong direction."

The President of the German Institute for Economic Research (DIW), Marcel Fratzscher, spoke out in favor of an end to the tax relief that has been in effect since Wednesday. The economist wrote on Twitter: "How about politicians admitting their mistake and stopping the fuel price brake immediately?"

Specifically, Super E10 cost 1.960 euros per liter on Saturday at 9.50 a.m. according to the ADAC on average nationwide. That was 1.6 cents more than 24 hours earlier. Diesel cost 2.001 euros per liter - this corresponds to the value of the previous day's period. In view of the development, the ADAC also expected a further increase in the daily average price for E10 for Saturday compared to the previous day. However, daily average prices are typically lower than the 9.50am values ​​as fuel tends to become cheaper towards the evening.

Prices had already risen on Thursday and Friday. On a nationwide daily average on Friday, E10 had cost 1.921 euros per liter, diesel 1.969 euros. E10 was 26.1 cents cheaper than the day before the tax cut, diesel 7.5 cents. Both are well below the level of the tax cut, which results in a relief of 35.2 cents per liter for E10 and 16.7 cents for diesel.

The tax cut should apply until the end of August. In this way, the federal government wants to relieve consumers in view of the sharp rise in energy prices. However, it does not only work at the pump, but already at tank farms and refineries. Gas station stocks purchased before Wednesday are therefore still subject to the higher tax.

Economics Monika Schnitzer fears that oil companies could make significant profits from the tax cut despite falling prices at gas stations. "After past experience, especially with the 2020 VAT reduction, I think the risk is high," said the economist of the "Augsburger Allgemeine". "Even if more of the tax cut is passed on this time as a percentage than two years ago, the additional profit for companies due to the incomplete transfer in absolute euro amounts can still be very high."

1 BFC fans throw Pyro onto the field: Oldenburg is back... 2 Police arrest 20-year-old: Neo-Nazis were probably... 3 Baden-Württemberg: Safety check: Neckarwestheim II... 4 Weather report. Cap Corse: 37.4degC... Record heat... 5 Saxony-Anhalt: cultural offerings in the Bodetal despite... 6 Germany. Bavaria: The toll of a train derailment 7 After twelve years of relationship: Shakira and Gerard... 8 China. Hong Kong commemorations of the Tiananmen Anniversary: 9 North Rhine-Westphalia: Amnesty campaign for freedom... 10 The Tiananmen massacre, and the question about the... 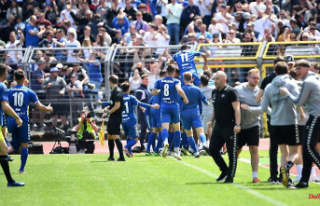 BFC fans throw Pyro onto the field: Oldenburg is back...