While food and energy prices are rising significantly in the euro zone and the USA, they remain almost constant in Switzerland. 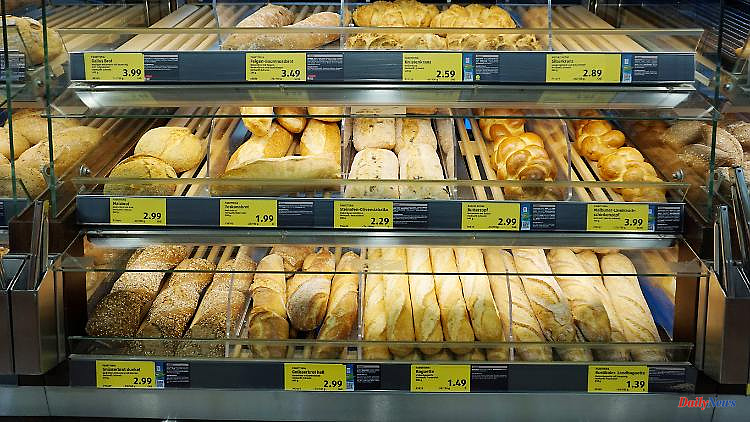 While food and energy prices are rising significantly in the euro zone and the USA, they remain almost constant in Switzerland. The Confederates even seem to be better prepared for global crises. There are mutliple reasons for this.

Anyone in Germany groaning under the rising prices for energy and food rubs their eyes when looking at Switzerland: electricity, bread, vegetables - everything is almost the same as always. Consumer prices rose just 2.9 percent year-on-year in May. In Germany, the euro zone and the USA it was 7.9 percent and more, more than in decades. Are the Swiss to be envied?

You might think so. For one, the currency is strong. "If the Swiss franc appreciates, imported goods will become cheaper for consumers," says Alexander Rathke from the Economic Research Center at ETH University. However, this effect explains at most one percentage point of the inflation differential. In fact, in times of crisis, when prices are skyrocketing worldwide, the Swiss benefit from high import duties on food and agricultural products and from price controls on electricity and gas.

On the subject of food: While food prices in the euro zone and the USA rose by around ten percent year-on-year, they remained almost constant in Switzerland. "Due to the protectionist measures, Swiss food prices are decoupled from developments on the world market," says Maxime Botteron, analyst at Bank Credit Suisse. The Swiss raise the price of foreign agricultural products that are also produced domestically to the higher Swiss level through import duties in order to protect domestic grain, fruit and vegetable farmers from foreign competition. "If the price for goods that we produce ourselves rises on the world market, only the customs duty goes down," says Rathke.

However, the Swiss also pay a high price in times without crises: "The prices are more stable now, but the price level is always higher," says Rathke. For food that costs ten euros in neighboring countries, the equivalent of 18 euros is due in Switzerland. Because the Swiss harvest was bad in 2021 and in that case the missing grain, fruit and vegetables could be imported without high import duties, there were even bargains: "Because tomatoes from Spain and other foods from abroad are cheaper, prices fell," says Botteron .

On the subject of energy: Switzerland covers almost all of its electricity needs from hydroelectric and nuclear power, while in Germany a lot of electricity is produced using gas. Switzerland only has to import electricity in winter, when higher European prices could have an impact. But consumers don't realize it right away, says Botteron, because utilities typically set the price once a year. "That delays the inflationary effect."

In addition, the shopping baskets used to calculate inflation differ. They are based on how much money people in the respective country spend on average for which product category. In the Swiss shopping basket, energy components such as oil, electricity and gas make up only five percent, while in Germany it is almost ten percent and in the USA seven percent. The rise in world market prices for oil and gas is therefore not fueling inflation in Switzerland as much.

The same applies to food. In Switzerland, their share in the typical shopping basket is 11.5 percent, in the USA 13 percent and in the euro zone 15 percent. "The wealthier people are, the less they spend on food," says Rathke. In the Swiss consumer price index, on the other hand, health care accounts for almost 17 percent, while it is only around 8.5 percent in the USA and around 5 percent in the euro zone.

Finally, there are structural reasons for the lower inflation rate: prices in Switzerland tend to fall, especially for medicines, but also for furniture and clothing, or at least they don't rise as much as in the euro zone. This is partly due to online trade, which puts domestic retailers under pressure, as Botteron says: "There is a tendency to adjust towards the price level in the euro zone." Seen in this way, an inflation rate of around three percent is "extremely high" for Switzerland, says Rathke.

1 Family celebrates first points: After "milestone"... 2 Hardly any hope of survivors: Messner: Glacier accident... 3 The shooter was known to the police: the police ruled... 4 North Rhine-Westphalia: summer weather at the start... 5 Hesse: Lots of sunshine and up to 28 degrees at the... 6 Bavaria: School center in Swabia cleared after threatening... 7 Saxony: Labor costs in Saxony are well below the national... 8 North Rhine-Westphalia: Demand for electric cars is... 9 41-year-old man is due in court to be charged with... 10 Digital walking trail brings Omagh's past to... 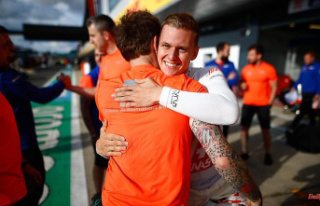