Consumption at an all-time low: Germans are drinking less and less cow's milk

Products like oat milk and almond milk are no longer niche items. 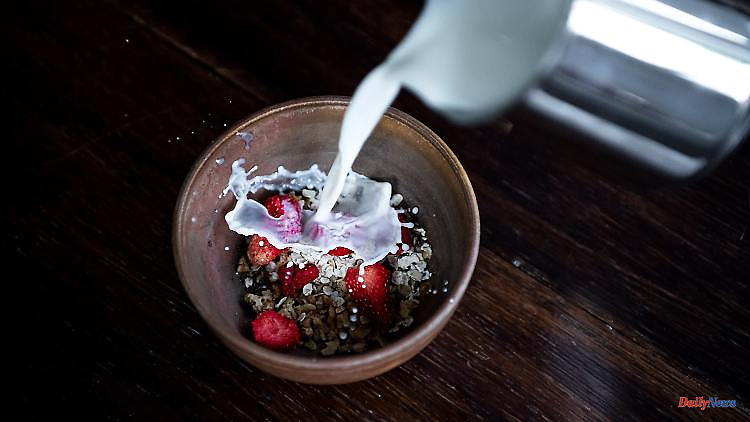 Products like oat milk and almond milk are no longer niche items. The classic cow's milk suffers from this in particular. Consumption in Germany falls to a historic low.

Milk consumption to a minimum: people in Germany are drinking less and less cow's milk. Consumption has fallen to its lowest level in decades. In the last 50 years or so, it has almost halved. The per capita consumption of all types of cow's milk (so-called consumer milk) fell by 2.2 kilograms to an average of 47.8 kilograms in 2021, according to the Federal Information Center for Agriculture. This is the lowest milk consumption since there were all-German statistics (1991).

The increased consumption of plant-based alternatives is mentioned as a possible reason for the downward trend in cow's milk. Products like oat milk and almond milk are no longer niche items for hardcore vegans or people with allergies or intolerances.

Wednesday (June 1st) is Milk Day. A quarter of a century ago (in 1995), the per capita consumption of drinking milk - which includes whole milk, skimmed, partially skimmed and premium milk - was still 62.4 kilograms in Germany. Ten years ago (2012) it was almost 52 kilos.

According to a spokeswoman for the Federal Agency for Agriculture and Nutrition (BLE) in Bonn, an authority based at the Federal Ministry of Food and Agriculture, in 1970 everyone in the old Federal Republic consumed an average of more than 80 kilograms of drinking milk a year. "We don't have any data from the former GDR."

While there are numerous substitutes for cow's milk, another dairy product is harder to substitute. While there are imitations such as analogue cheese, real cheese has become more popular in recent years. In the 1980s, per capita consumption was only around 14 kilograms, in 2000 it was around 21 kilograms. Cheese consumption remained constant at more than 25 kilograms last year.

1 Saxony-Anhalt: Industrial activity in Saxony-Anhalt... 2 Thuringia: Thuringian Inclusion Award announced for... 3 Two Germans among the victims: wreckage of missing... 4 Reversal after the Corona dent: More Germans are starting... 5 Bayern: Straubing Tigers extend with Samanski and... 6 Rapid legislation targeted: Baerbock praises agreement... 7 Lewandowski and Liverpool star: Bayern's top... 8 Insects in the apartment: how to get rid of creepy... 9 Baden-Württemberg: Inflation in the southwest rises... 10 North Rhine-Westphalia: Judgment against priests for... 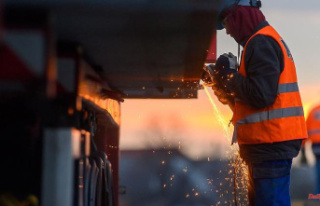