In 2011 the production of the Peugeot 407 ended and with it the tradition of the four-models, which had already started in 1934. 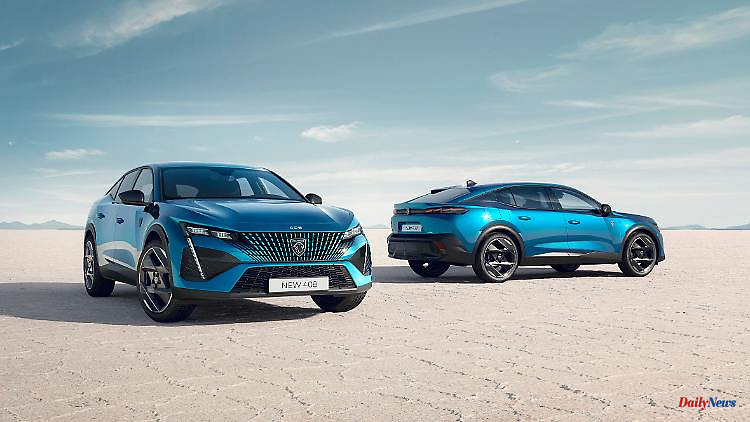 In 2011 the production of the Peugeot 407 ended and with it the tradition of the four-models, which had already started in 1934. But now the French are returning - and with force: the Peugeot 408 is a coupé-like sedan with SUV elements.

The odd TV inspector Colombo alias Peter Falk went on a crook hunt in 1978 with a Peugeot 403 convertible. 20 years later, a Peugeot 406 raced through Marseille as a tuned taxi in the action comedy of the same name. Just two examples of how popular and successful the Peugeot models with the four to the zero used to be.

In December 2011, however, the sudden end came: With the 407, production of the last four ended. The SUV boom, but also design sins made the sedan and especially the spacious station wagon a slow seller. But from 2023, counting will continue, Peugeot has arrived at number 408.

But Peugeot boss Linda Jackson does not have the earlier customers in mind: "The new 408 was designed for car lovers who want to break away from the traditional and look for responsible driving fun." The reborn 408, still based on the nine-year-old EMP2 platform, is said to be about controlled efficiency and a high-level digital experience. Peugeot classifies it in the compact class, even if it is a league higher with its length of 4.70 meters and is intended to attract several groups of customers. SUV fans get their money's worth thanks to the raised seating position.

If you want to be more sporty on the road, you should appreciate the coupé-style sloping roof. And practitioners are spoiled with a cargo space up to 1611 liters. Such automotive mixtures are called "crossovers". The Peugeot 408 is one that doesn't really define itself as what it should be.

The appearance is always self-confident. Like the side skirts, which become flatter towards the rear and connect to the edges of the wheel arches. The almost 2.80 meter long wheelbase reveals how much space is reserved for the passengers. At the rear, the wild rippling of the diffuser under the bumper is noticeable, while the roof spoiler above the rear window is rather reserved. The front end is characterized by narrow twin headlights in matrix LED technology, the brand-typical daytime running lights in a saber-toothed tiger look and a grille whose individual panels painted in the vehicle color simulate a fan-shaped fountain. The center is crowned by the new brand coat of arms with the lion's head.

The modernity continues in the interior, mixing the digital with the analogue. There are classic buttons and switches on the steering wheel and under the 10-inch monitor responsible for infotainment and navigation. The mobile phone can also be mirrored onto it. Then the screen works like a classic tablet. There is no selector lever for the eight-speed automatic. This task is performed by a rocker switch on the center console.

With 30 assistance systems, the newcomer offers a variety of electronic helpers that have a digital view of the surroundings thanks to six cameras and nine radar devices. Examples are distance radar with stop-and-go function, automatic emergency braking with collision warning even when reversing, active lane assistant or 180-degree rear camera. There is also a night vision device that looks up to 250 meters ahead in the dark in order to move people or animals into the infrared field of vision. It is not yet known which of the numerous systems are only available for an extra charge.

When driving the Peugeot 408, the diesel, once one of Peugeot's strengths, has finally had its day. At the market launch early next year, future buyers have three options, the smallest of which will probably only rarely be ticked on the price list. Even if their performance data have not yet been revealed, the petrol engine with a 1.2-liter three-cylinder and 130 hp is unlikely to be able to keep up with its more powerful sister models. They rely on the help of an electric motor with 110 hp. It works together with a turbo petrol engine with a 1.6-liter four-cylinder that sends 180 hp or 150 hp to the front wheels.

The 12.4 kWh battery should ensure an electric range of at least 60 kilometers. The two plug-in hybrid systems, which are already known from the smaller 308, can be charged the fastest at the home wall box with 7.4 kW, which takes almost two hours. The 408 cannot dock at a fast charging station.

Unlike the top model of the crossover. The all-electric 408 will appear later. It is still unknown whether it will have the same battery in the underbody as the previous e-cars from the lion brand, which each use 50 kWh batteries and have a range of around 370 kilometers. It remains to be seen whether that will be enough for the new foursome. 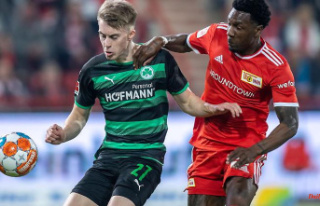 Bayern: Fürth at the start of the season without...