The federal government and economists agree that the high gas prices for citizens and companies must come down. 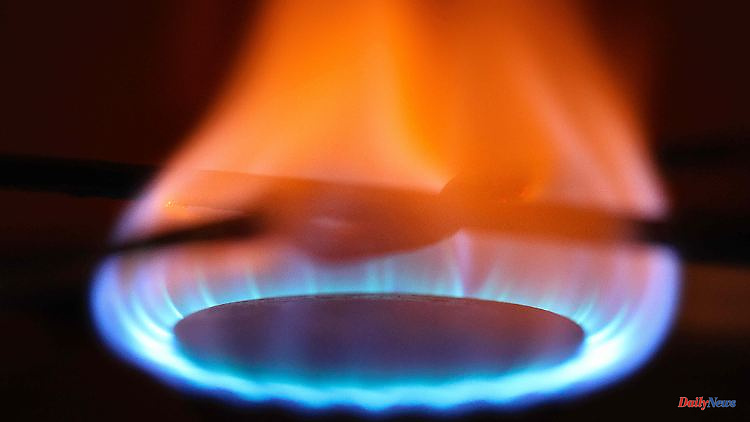 The federal government and economists agree that the high gas prices for citizens and companies must come down. But how to get there is disputed. Actually, the gas surcharge of around 2.4 cents per kilowatt hour is to be introduced on October 1st. They should pay private households and companies to support energy importers, who now have to buy more expensively on other markets due to the failure of Russian gas. While the federal government is examining whether the levy after Uniper's nationalization is constitutionally permissible at all, some economists have long been questioning the measure. An overview:

The German Institute for Economic Research (DIW Berlin) sees the nationalization of the gas importer Uniper as a "bitter pill that Germany has to swallow" and at the same time calls for an end to the gas levy. "The gas surcharge is no longer necessary, it should be abolished, otherwise the payment would be doubled," explained DIW energy expert Claudia Kemfert. She called for the debt brake to be softened so that Germany could pay for the urgently needed transformation towards climate neutrality. In addition, the revenue from the excess profit tax should be used for this and fossil fuel subsidies should be abolished. "These developments are all incredibly bitter, but inevitable," said Kemfert.

DIW boss Marcel Fratzscher agrees with his colleague and criticized the gas levy planned from October, with which gas importers are to be stabilized, in which consumers have to pay more. "The gas allocation is a mistake." Consumers would be held accountable for entrepreneurial risks. Profits stay with the companies, high losses are passed on to the taxpayer.

From the point of view of economist Jens Südekum, member of the scientific advisory board at the Ministry of Economic Affairs and professor at Düsseldorf's Heinrich Heine University, the gas surcharge no longer makes sense after Uniper's nationalization. "Although the high replacement procurement costs for gas continue to accrue, they can now be covered directly from the federal budget." This could also be done with the costs for other gas importers such as VNG," Südekum told the Reuters news agency.

Due to the 100% takeover by the federal government, calm has returned to the gas market for the time being. In an interview with ntv.de, however, Südekum assumes that the levy will disappear. After all, Uniper would get two-thirds of the funds from the levy. The remaining third, Gazprom Germania, is another company where the state already has the fiduciary management. "If the levy is to last, it must be greatly reduced. It would be better to cover Uniper's losses from the federal budget," says Südekum.

Criticism also comes from the industry. The chemical industry, one of the largest gas consumers in Germany, called for the end of the levy: After the announcement of the nationalization of Uniper, the planned gas levy should not be introduced from the point of view of the German Chemical Industry Association (VCI). "The gas surcharge must be off the table. Our companies can no longer cope with any further burdens, even in the short term," said Managing Director Wolfgang Große Entrup. "The planned gas levy alone would be as high as the entire US gas price. Energy costs have to fall better today than tomorrow, the situation is becoming more and more dramatic." In an interview with ntv.de, Entrup called on the federal government to actively intervene now. "It's better to take money in hand now and keep the industry alive than to finance unemployment on a large scale in six months," said Große Entrup ntv.de.

The Association of the German Textile and Fashion Industry calculated that the gas levy would burden an industrial workplace with an additional 20,000 euros. "Such cost increases cannot be passed on to prices, with the result that companies have to shut down production, close down or move abroad," warned the association.

Economist Stefan Kooths, on the other hand, takes a slightly less critical view of the gas levy than his colleagues. The magnitude is important for the economy as a whole, but not a consumption killer. The gas surcharge only redistributes the higher purchase prices for natural gas, but is not a cost driver, explained the Vice President and Economics Manager of the Kiel Institute for the World Economy. If the levy is waived, the risk of insolvency would increase on the part of the suppliers. "Customers would then have to sign new contracts at the much higher daily prices." Therefore, the inflationary effect as well as the loss of purchasing power is ultimately not due to the gas surcharge, but to the higher import prices for natural gas. "If the gas suppliers pass on a gross gas surcharge of 2.419 cents per kilowatt hour to customers across the board, this should raise the inflation rate by almost one percentage point (0.9 percentage points) towards the end of the year," calculated Kooths.

Finance Minister Christian Lindner has now also expressed economic concerns in the "Bild am Sonntag". "It's less a question of law when it comes to the gas levy, but more and more of a question of economic meaning," said Lindner. "We have a gas surcharge that increases the price. But we need a gas price brake that lowers the price." So far, Lindner has been seen more as a defender of the pay-as-you-go model, since the obvious alternative would be financing from the federal budget, which in turn would endanger the debt brake. In Habeck's ministry, which developed the levy itself, there are now not only legal doubts about the unpopular project.

Just as with the gas surcharge, there are already voices that speak out against the introduction of a gas price brake. "The gas price brake is not the optimal instrument for this because it benefits many who actually have to bear the burden themselves," said Ifo President Clemens Fuest to the television channel ntv. He would prefer direct income support, especially for low-income households, and loans to companies that are particularly suffering.

"Subsidizing down" the price of gas is the wrong approach. It would be "very bad" if you followed the example of some other countries and set incentives to use more gas again. But incentives to save are needed. "We will not be able to help all energy customers. People and companies who can help themselves, who have reserves, have to get through it themselves," Fuest demanded. It is now important to improve the supply of electricity and to connect all power plants to the grid.

1 "It won't be ten years anymore": Flick... 2 Assault in the hotel: Radstar van der Poel arrested... 3 Women's rights activists alarmed: Engineers'... 4 Streaming continues to gain ground: Almost all Germans... 5 The background to the crime is unclear: 13 people... 6 Oktoberfest without meat: Vegans will also be happy... 7 Back on tour after five years: Helene Fischer dreams... 8 Celebrity casserole at Fashion Week: Hilton is the... 9 Heating cheaper: Would you rather invest in old oil... 10 Expensive interruption: child benefit: when is the... 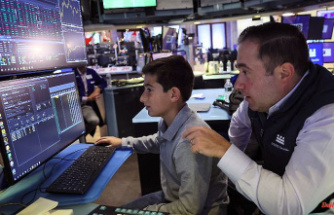 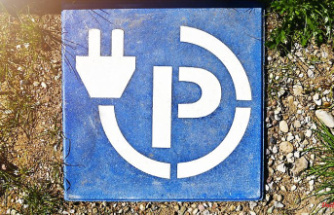 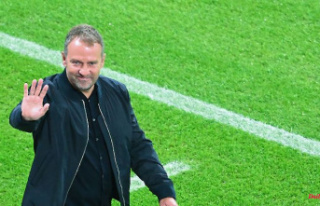