In order to cushion the economic consequences of the Russian war of aggression, a price cap for oil could help. 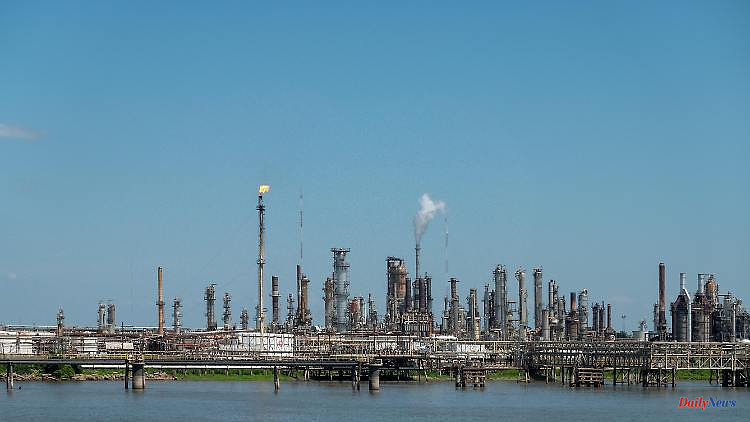 In order to cushion the economic consequences of the Russian war of aggression, a price cap for oil could help. According to US Treasury Secretary Yellen, this could reduce revenue for Russia while procuring more oil for the international market.

According to US Treasury Secretary Janet Yellen, the US and allied states are negotiating a price cap for oil in order to curb the economic consequences of the Ukraine war and reduce Russia's income from oil exports. The partners are discussing how they could "prevent negative impacts on the global economy," Yellen said during a visit to Canada.

US Treasury Secretary Yellen named "price caps" or a "price exception" as possible options. Both would have several implications, she said: they would "intensify Western sanctions on Russian energy sources," pushing down the price of Russian oil and thereby reducing revenues for the Russian government - while allowing more oil to enter the international market . Asked if US President Joe Biden intends to seek consensus on an oil price cap at the G7 summit in Germany next week, Yellen said: "We are working very actively with our partners on that."

According to Yellen, a price cap would also prevent "side effects on low-income countries and developing countries" that are currently struggling with high food and energy prices.

Yellen announced the negotiations during a visit to her Canadian counterpart and Deputy Prime Minister Chrystia Freeland. Among other things, the meeting discussed strategies for dealing with the effects of the Ukraine war, high inflation and problems in global supply chains.

Meanwhile, the government in Denmark called the early warning level in the gas emergency plan out of concern for the gas supply. "The situation is serious and has been exacerbated by curtailed supplies," said the head of the Danish Energy Agency, Martin Hansen, in a statement. The Danish gas storage facilities are currently 75 percent full, and more gas has recently been added. At the end of May, Gazprom announced that it would stop delivering to the Danish company Orsted.

In the gas emergency plan - which is based on an EU regulation from 2017 - the alert level and the emergency level follow. The plan enables EU countries to support each other in gas deliveries, but can also justify gas rationing. Germany had already declared the gas early warning level at the end of March. Last Friday, the Federal Network Agency classified the situation as "tense" in its management report after the Russian Gazprom group cut back on its gas supplies to Germany several times. 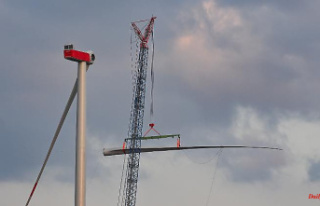 High costs and new products: Nordex slips into the...