Fear of a recession is raging on the Frankfurt Stock Exchange: Investors are selling and fleeing, if at all, to safe havens such as the US dollar. 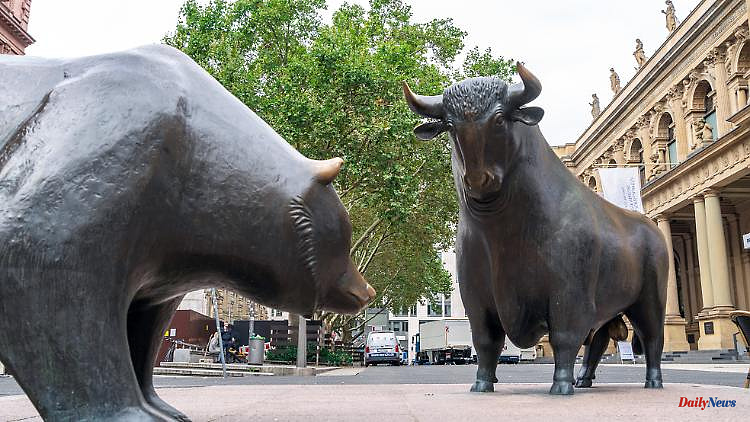 Fear of a recession is raging on the Frankfurt Stock Exchange: Investors are selling and fleeing, if at all, to safe havens such as the US dollar. Its strength causes the euro to fall to a 20-year low. A music streaming service will also be punished for its stock market debut.

The growing fear of a recession is driving investors out of the stock markets. The DAX and EuroStoxx50 each fell by almost three percent on Tuesday to 12,401.93 and 3357.22 points, respectively. The euro lost 1.8 percent and at 1.0235 dollars was as cheap as it was almost 20 years ago.

This means that parity with the world's leading currency is only a matter of time, warned Neil Wilson, chief analyst at online broker Markets.com. Unless the European Central Bank (ECB) succeeds in fighting inflation without stalling the economy and at the same time preventing an excessive increase in financing costs for heavily indebted euro countries.

Fears of a recession were fueled by a strike by Norwegian oil and gas workers. "This leads to even tighter supply in an already tight market," said analyst Susannah Streeter of brokerage house Hargreaves Landsdown. The whole thing comes at a difficult time, as the EU is threatened with a complete gas supply stop from Russia, which could plunge important branches of industry into crisis. The European natural gas future rose by up to nine percent to a three-month high of EUR 176 per megawatt hour.

Against this background, the focus was once again on Uniper. The gas supplier wants to slip under a state rescue package. The Federal Cabinet has already introduced the possibility of doing this. "Certainly a right and important step to secure the energy supply in Germany," said investment strategist Jürgen Molnar from the brokerage house RoboMarkets. However, if Russia shuts off the gas tap completely, the company would effectively be without a product. After a roller coaster ride, Uniper shares closed 9.5 percent down at EUR 10.25, the lowest since six years ago.

An impending fall in demand also hit the majority of raw materials. Brent crude oil from the North Sea fell by almost ten percent to $102.41 per barrel (159 liters) and the industrial metal copper by up to 4.7 percent to $7,627 per ton. So it was as cheap as it was a year and a half ago. Speculative investors in particular are turning their backs on this asset class, said Tom Price, chief investment strategist for commodities at investment bank Liberum. Copper is therefore expected to test the $7,000 mark within a few months. This pushed the indices for the European oil, gas and mining industry down by up to 6.4 percent.

Some investors fled to "safe havens" like the world's leading currency. This lifted the dollar index, which tracks the exchange rate against major currencies, by up to 1.6 percent to 106.78 points, the highest level in almost 20 years. Bunds were also in demand, with yields on 10-year bonds falling to 1.191 percent.

Curevac moved into the limelight in German stock values. The biotech company accuses rival Biontech of infringing patents on its coronavirus vaccine. Biontech rejected the allegation. The company's stocks gained one percent despite the lawsuit. Curevac shares gained 0.8 percent. Deezer, on the other hand, got one behind the ears. The papers of the music streaming service fell by around 27 percent to 6.19 euros when they debuted on the stock exchange in Paris. There is tough competition in the industry, said DZ Bank analyst Manuel Mühl. Competitors like Apple or Amazon would have additional sources of income with which they could finance their music offering across the board. Shares in Deezer rival Spotify, on the other hand, rose 1.7 percent on Wall Street.

1 Emilie Konig is the ex-French muse Daesh, who was... 2 Comeback Queen I of Wimbledon: The fighter's... 3 Give no more suicidal tendencies: R. Kelly is no longer... 4 Air Purifier and Fan: Is the Dyson Purifier Cool Formaldehyde... 5 Chateauneuf-sur-Isere. Chateauneuf-sur-Isere will... 6 The most important tips: Immediate help for sports... 7 Especially in Western Europe: Changed jet stream causes... 8 Bavaria: Newspaper: Söder wants to block places for... 9 Saxony-Anhalt: Attack by car on ex-partner: man arrested 10 Baden-Württemberg: Two seriously injured after overtaking... 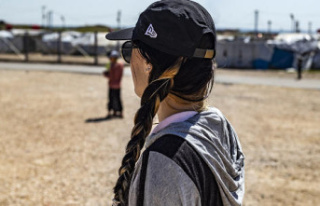 Emilie Konig is the ex-French muse Daesh, who was...