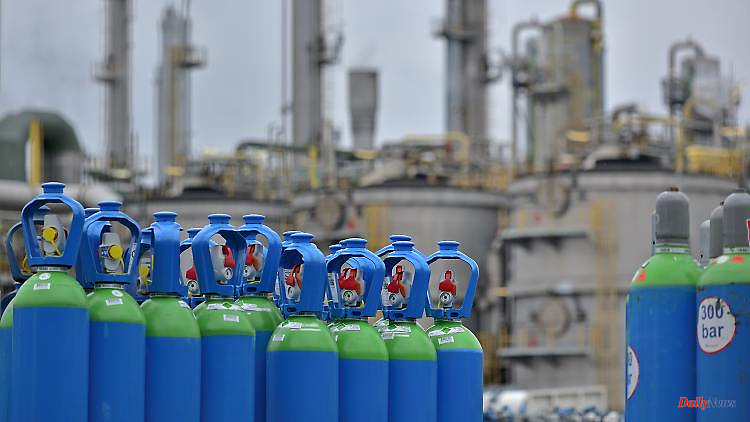 Gas supplies from Russia have fallen significantly. In the meantime, politicians are not ruling out the possibility that gas could soon no longer flow through the Nord Stream pipeline. But Germany's industry is dependent on a constant supply of gas. One branch more, the other less.

The declining gas supplies from Russia are forcing the energy-intensive German industry to rethink. As companies face running out of gas, they are considering not only painful production cuts, but even a return to polluting energy sources - a move that until recently was unthinkable and jeopardizes their climate goals.

But how much gas does German industry actually use? According to the Federal Association of Energy and Water Management, industry accounts for 36 percent of gas consumption in Germany. It is used either as a raw material or as an energy source, for example to keep production facilities running permanently. According to the German Economic Institute, a potential gas failure would primarily affect these four energy-intensive sectors:

At almost 202,000 terajoules (TJ) in 2020, basic chemicals required 25 percent of the total energy consumption, the largest share of gas of all industrial sectors. Strong price increases gave the chemical industry in Germany a tailwind in the first quarter. However, bottlenecks in the supply chains and exploding energy and raw material costs are causing her more and more problems.

The companies mainly fear bottlenecks in gas and oil as a result of the war in Ukraine. "There is nothing left of the hoped-for upswing after the Corona winter. The prospects for our industry are increasingly bleak due to rising energy and raw material costs," said Christian Kullmann, President of the Chemical Industry Association (VCI), Evonik CEO. "A gas embargo or a stop to gas supplies from Russia would have additional devastating effects."

With 74,000 TJ, the paper industry accounts for around 9 percent of industrial natural gas consumption. Against the background of the gas crisis, the paper industry is also warning of a production stop. "A production stop for paper, cardboard and cardboard would affect a number of important supply chains that also affect critical infrastructure," said Winfried Schaur, President of the industry association "Die Papierindustrie".

Groceries and medicines are largely dependent on packaging made of paper, cardboard and cardboard. The same applies to hygiene in hospitals, care and in the private sector. "There's not much going on without paper." The German pulp and paper industry employs around 40,000 people in around 150 companies. The industry, which includes groups such as Stora Enso, UPM and Mitsubishi Hitec Paper Europe, achieved sales of 15.5 billion euros last year.

The metal industry is also highly dependent on a continuous supply of gas. With 64,000 TJ, the industry requires gas, which accounts for around 8 percent of the energy used by all industries. According to the Gesamtmetall employers' association, every fifth company in the industry now sees its very existence threatened by the current price increases. Chief Executive Oliver Zander recently again warned of an embargo on Russian gas. In such a case, massive production losses are to be feared.

Almost every fourth company assumes that there will be a complete standstill of production in the event of a gas stop. "That would affect 300,000 employees in the companies that took part in the survey alone," said Zander. The critical infrastructure, for which more than half of the companies surveyed produce, is also potentially affected. It is about medical technology products as well as those for the energy and transport sectors or the transport infrastructure. "At some point, production losses will also have an impact there," said the head of the association.

At 60,000 TJ, the gas consumption in glass and ceramics production is similar to that in metal production. According to the German breweries, there could be a shortage of beer bottles in Germany next summer. The Association of Private Breweries in Bavaria spoke of a phenomenon that "usually occurs annually because more beer is drunk in the summer months". This year, the sharp rise in energy prices and a possible gas embargo or a gas supply stop from Russia would make matters worse, said association spokesman Benedikt Meier in Munich. Glass bottles are made using gas, and the price has risen sharply. A new glass bottle is about twice as expensive as the deposit that the brewery can charge for it.

Some economists believe the situation is threatening given these energy-intensive industries and developments in the gas market. According to a study by the Prognos Institute, Germany's economic output would collapse by 12.7 percent if Russian gas supplies were stopped in the coming six months. Germany would "slide into a deep recession," said chief economist Michael Böhmer. "Arithmetically, around 5.6 million jobs would be affected by the consequences," said Bertram Brossardt, CEO of the Bavarian Business Association (vbw). The vbw commissioned the study. Economists from the DIW also assume that the cessation of Russian energy sources would have far-reaching consequences for the economy in Germany. However, they assume that a gas embargo would only reduce gross domestic product by a good three percent after about six quarters. 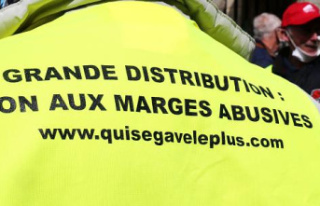 Bercy launches an investigation of the General Inspectorate...