Russia has already reduced the capacity of the Nord Stream 1 gas pipeline to 40 percent. 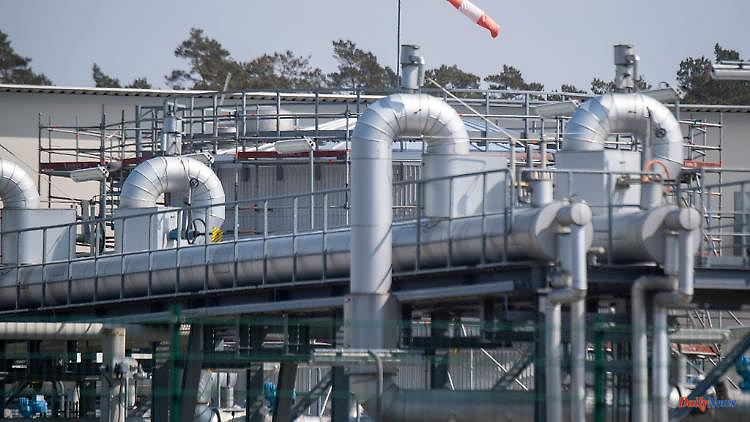 Russia has already reduced the capacity of the Nord Stream 1 gas pipeline to 40 percent. Gas supplier Gazprom justified the step with delays in repair work. Maintenance work is still pending, with an uncertain outcome.

In Germany, people are nervous about the maintenance of the Baltic Sea gas pipeline Nord Stream 1 planned for July. Because there is great concern that the Russian state-owned company could extend the maintenance or allow even less gas to flow through the pipeline in the future than before.

Federal Economics Minister Robert Habeck has already warned of the consequences: "In the past, this maintenance time lasted about ten days." But it could also take longer. "If things get worse then we slide into a scenario where we don't have enough gas to get through the winter." Gas market experts also warn. For Hanns Koenig, an analyst at Aurora Energy, it would not be surprising if Nord Stream 1 remained on revision for longer.

The Russian Gazprom group intends to subject the double tube to its annual inspection from July 11 to 21. During this time, no gas flows through the pipeline to Germany, which obtains a large part of its supplies via this pipeline. Such maintenance is not uncommon. They are even often mandatory for safety reasons. Operators often do this in the summer when the lines are less busy. Sometimes unexpected defects are found in the process. Gazprom declined to comment on its maintenance plans in July.

Russia has already reduced the pipeline's capacity to 40 percent, blaming the fact that a Siemens Energy gas turbine refurbished in Canada cannot be delivered to the Baltic Sea pipeline because of sanctions against Russia. Habeck has rejected this as a pretext. Russia is waging an economic war against Germany. The government in Moscow declared that it was a reliable energy supplier and that it was fulfilling all its obligations.

The fact is: Buyers like the Düsseldorf-based Uniper Group are already getting less than half of the agreed quantities. According to CEO Klaus-Dieter Maubach, Uniper currently has nothing left for the important filling of German gas storage facilities for the winter. Habeck had declared the alarm level for the gas supply on Thursday.

If the rules continue to tighten, suppliers could pass on the skyrocketing prices directly to customers, who are already having to cope with significant price increases. An annual purchase agreement in May cost 122 percent more than a year earlier, according to the Check24 portal. "Extended maintenance of Nord Stream 1 would further tighten the market and make it more difficult to fill the gas storage until winter," explains expert Koenig the central problem. "This is of course in Russia's strategic interest."

Actually, on other delivery corridors such as the Yamal Pipeline through Poland or in Ukraine, there is sufficient free capacity to route gas to Europe, even if Nord Stream 1 cannot be operated at full capacity. The head of the International Energy Agency (IEA), Fatih Birol, also warned Europe to prepare for all possibilities.

In view of Russia's recent behavior, he would not rule out the possibility that the government in Moscow will come up with reasons for further gas supply cuts here and there - even a complete stop cannot be ruled out. Russian government spokesman Dimitry Peskov rejects such thoughts: "Our German contractors are very familiar with the technical maintenance cycles of pipelines." For years it worked without any problems. "It's surprising that politics is involved everywhere."

"The concern that the maintenance of Nord Stream 1 could be an excuse to extend the stoppage in gas deliveries is justified," says a trader who asked not to be named. "But you have to keep in mind that Russia cannot replace the EU as a solid and creditworthy buyer." Europe is Russia's largest gas customer. The country does not have enough buyers to make up for the loss of revenue from Europe, agrees Ole Hansen, head of commodity analysis at Saxo Bank. However, Russia benefits from higher gas prices, which flushes more money into the coffers for the same quantities.

According to calculations by the Federal Network Agency, even if all gas supplies through Nord Stream 1 dried up completely beyond the duration of the maintenance of the Baltic Sea pipeline, this would not necessarily lead to a gas shortage in which the authority would ration natural gas for industry. The calculation model presented on Thursday provides for three conditions that would by no means be easy to fulfill: There would have to be a market-based, further reduction in gas exports, which have already been reduced by the Nord Stream restrictions in the past week. In addition, natural gas consumption in Germany would have to fall by 20 percent from July - the planned reduction in gas-fired power plants in electricity production would by no means be sufficient. And then the two planned first LNG terminals in Schleswig-Holstein and Lower Saxony would have to go into operation and deliver liquid gas by January 2023. In view of the necessary construction work, this is also considered a rather optimistic assumption. 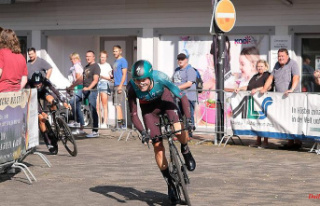