Despite sanctions, Russia can fill many shelves with illegal imports. 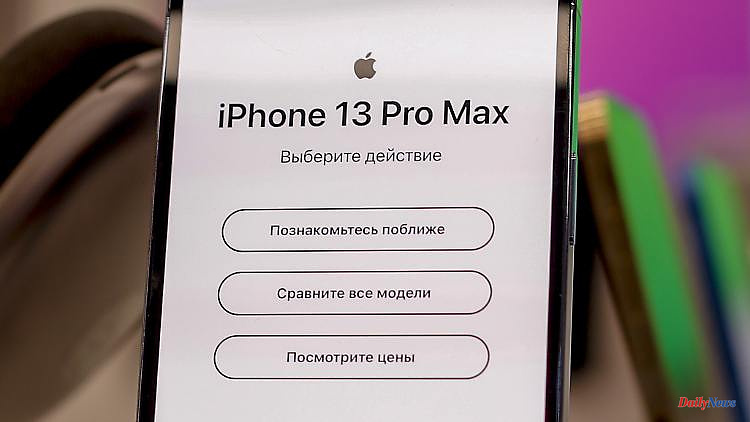 Despite sanctions, Russia can fill many shelves with illegal imports. But there may be an even more serious problem: not only iPhones and Playstations, but also oil fields, airplanes and ATMs are controlled with western software. What can you do without?

Although companies like Apple, Microsoft, Nintendo or Samsung no longer do business with Russia, Russians can once again buy iPhones, the new Sony Playstation and other popular electronics. They are illegally smuggled into the country. An emergency solution, even Russian traders and economists agree, but still. However, it is unclear whether and to what extent the devices can still be used in the future.

Apple is already known to have restricted its Apple Pay payment service in Russia. A little later, purchases for Russian buyers in the App Store were also blocked. Since then, people have been wondering whether devices like the iPhone will still work properly next year, and which apps and services will be available.

This question is often discussed in Russia, says Alexander Libman. "In the first days of the sanctions, some Russian actors wanted to legalize software piracy," explains the political scientist from Freie Universität Berlin in the ntv podcast "Learned Again". In the end, they didn't do that because modern software is no longer simple code, but a complex technological service.

"Some applications need access to the cloud," says the Russia researcher. "Others are at great risk if they stop getting updates. The West has a lot of power in this area."

Western sanctions have led to shortcomings in a wide variety of areas in everyday life in Russia. There is a massive lack of components for car construction, including iPhones. However, Russian retailers can obtain these illegally abroad. Parallel imports have not been illegal since the beginning of the war.

This is of course impossible with digital products such as technological services. IT departments in Germany, California, Japan or South Korea control access to software or cloud applications. E-mail addresses, passwords, licenses and user accounts can be changed or blocked at any time with just a few clicks.

"You can't just get technology services and advanced software like SAP from other sources," says Libman. "You can't. The software is no longer on CD or DVD and can be put on a computer to make it work."

The Russian public is also aware of this: "Without software updates, the digital infrastructure is vulnerable to hackers," the Russian business newspaper "Vedemosti" recently wrote. "And without the appropriate licenses, it doesn't work at all."

Logically, because what good is a laptop that doesn't have an operating system installed? According to Russian reports, however, they are arriving more and more frequently in Russia.

However, the problems are not limited to private computers. The Russian oil fields and many machines in important industrial plants are controlled with software from companies like Siemens. Supercomputers in Russian banks and many gaming fans work with graphics cards and software from Nvidia. However, the American chip manufacturer no longer provides licenses for the Russian market. Even ATMs and self-service checkouts could fail because they are manufactured and digitally maintained almost exclusively by companies like the American-German Diebold Nixdorf.

The situation is the same for Russian airlines with Airbus and Boeing aircraft: spare parts for repair and maintenance are already scarce. Due to the sanctions, the software for autopilots and other flight aids is no longer updated, so in case of doubt it is outdated. Crashes caused by a lack of maintenance are therefore no longer considered an insured event in Russia.

Russia is facing a major economic experiment: the technology sanctions in particular are forcing the country to develop and produce Western hardware and software itself. But that takes time, if it works at all. "Because modern economies only function if they are internationally integrated," says political scientist Libman. Technological progress is therefore not to be expected in Russia so quickly, rather the opposite: a phenomenon that is also known as backward industrialization.

"There is no collapse, as you know it from Hollywood films, but a market economy adapts," explains the sanctions expert. "But at a lower level, where complex and modern industrial production is no longer possible."

Equivalent replacements will remain the exception in Russia. Instead, there is worse quality for a higher price - that is the most likely scenario. Everywhere, but not exclusively, where modern technology is involved, agrees Alena Epifanova. "Because a modern economy is based on information technology - including the Russian one," explains the expert on Russian technology policy at the German Council on Foreign Relations (DGAP). "Russia does not have its own strong IT sector, but is dependent on foreign key technologies."

The sanctions on software and hardware are throwing Russia back into the technological Stone Age. Epifanova estimates that the Kremlin would have to invest around 30 years in the sector in order to achieve today's standards in a first step. And then another 30 years to close the gap to the international top.

To meet this challenge, in early June Russia formed 35 centers of excellence to develop and manufacture domestic alternatives to foreign digital products in several key sectors. The Kremlin is providing the equivalent of a good 550 million euros for this.

The Russian Ministry of Industry and Trade is currently investigating what these are and where this effort is most worthwhile. Because there is also a major shortage of skilled workers in Russia, which is particularly devastating in the technology sector and has been exacerbated by the war: The Kremlin estimates that 170,000 IT specialists have left the country since the attack on Ukraine.

A way out for Russia and a logical alternative to Western technology would in many cases be Chinese. But even that would often only be an emergency solution, because China is also lagging behind technologically in many areas. And even if the People's Republic closes this gap, another problem remains: would Chinese operating systems be compatible with Western machines that Russia bought in Europe and the USA? If this is not the case, Russia would have to replace not only the software, but also the hardware, which would be expensive and time-consuming.

The Russian digital sector is therefore improvising as it was at the beginning of the war: According to "Vedemosti", many IT companies have started hacking devices and software from American companies in order to be able to continue working.

1 Where is the fair price?: Transport companies are... 2 "Fall on your knees and beg": Trump ridicules... 3 Despite the Ukraine war: the EU remains the largest... 4 Responsibility lies with the West: Russia: Gas supply... 5 After fleeing Ukraine: Ovtcharov's grandmother... 6 Queen's stage Alpe d'Huez: Vingegaard blocks... 7 Ongoing proceedings against Griner: Russia rejects... 8 Buttocks and genital injuries: 52 people injured in... 9 State of emergency is extended: In Portugal "the... 10 One year after the flood: Hardly anything on the Ahr... 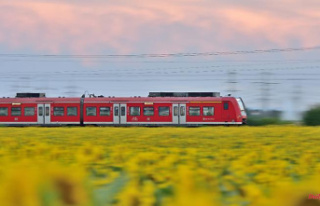 Where is the fair price?: Transport companies are...