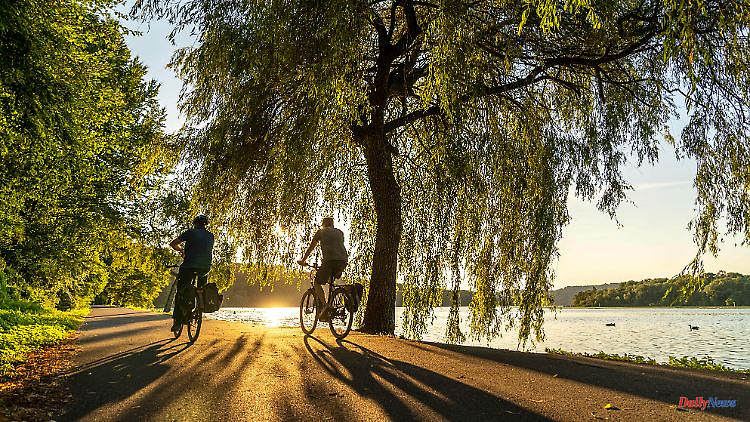 Changed working models are clearly in trend. At the same time, the desire for less work, especially after the pandemic, is spreading across all sectors. In addition, fewer and fewer people seem to find fulfillment in their job - which is particularly worrying for employers.

It's a remarkable lopsidedness. While employers in Germany are desperately looking for skilled workers, the job for employees is becoming less and less important. Three quarters of employees would prefer to switch to part-time work today rather than tomorrow: the four-day week with full wage compensation would be the first choice, according to a representative survey by HDI insurance. This desire is particularly pronounced at 86 percent in industry, where one in four would also accept a drop in wages.

It is true that jobs in industry only account for 14 percent of all jobs. But the desire for less work cuts across all sectors: almost half of almost 4,000 employees questioned their full-time job during the survey in the summer months. A full 48 percent would switch to part-time if the employer made it possible. For employees under the age of 40, this proportion is as high as 51 percent.

The results of the annual careers study suggest that the corona crisis and the partially prescribed retreat to the home office are leaving traces on the labor market that will remain. Changed working models are clearly the trend: Before the pandemic, employees saw the possibilities of digitization as even more potentially threatening to their own jobs. In the meantime, 60 percent of professionals praise digitization, also because it allows greater mobility - almost a third more. And 41 percent of workers today are convinced (only 29 percent are not) that "mobile working improves the quality of work results". Especially those under 45 think so - at 48 to 27 percent.

The second lasting pandemic effect is likely to be worrying for employers: the commitment of employees to their job and to the company is falling significantly. The focus is on striving for an improved work-life balance, especially among younger people. In 2020, "life without a job" was "unimaginable" for 69 percent of employed people under the age of 25, now it is 58 percent. Conversely, this means that four out of ten could very well imagine it. Regardless of age, 56 percent of those surveyed would stop working "as soon as possible" if they "would no longer have a financial need for it". That is over a third more than in the first HDI professions study in 2019.

Even those who still want to be employees have massively changed expectations of work and everyday life. "Particularly young professionals in Germany are vehemently striving for more freedom at work," says HDI CEO Christopher Lohmann. "They want to have a say in where, when and how long they work. Their ideas differ significantly from traditional work models." The Corona experiences would have obviously promoted these attitudes.

Apparently fewer and fewer employees find fulfillment in their job. The statement "my current job means a lot to me" was still supported by 61 percent in 2019. Three years later, the average is still 58 percent - and 55 percent for employed people under the age of 25.

Very few people identify with dream jobs: only about every third employee states that they have always wanted their job. Above average, teachers and trainers define themselves most strongly through their profession (59 percent) - as do physicians and IT workers (44 percent each). At the bottom of the "dream jobs" are the security and cleaning trades (20 percent), while satisfaction is also related to other factors: at 46 percent, more self-employed people see themselves in their dream job than employees (36), and more professionals with a net income of more than 5000 euros/month (58 percent) than under 2000 euros (31 percent).

The results of the HDI study are based on a survey by the market and opinion research institute YouGov Germany, in which a total of 3891 employees aged 15 and over were interviewed. Among them were 368 self-employed/freelancers and 3523 employees.

1 With 29 people on board: smuggler transporter crashed... 2 "Will be able to win a majority": Wigald... 3 Thuringia: Two accidents within minutes: driver's... 4 Bavaria: Natalie Geisenberger does not rule out a... 5 Bavaria: 16-kilometer diesel lane caused a motorcycle... 6 Saxony-Anhalt: Gazebos burn in Magdeburg: 30,000 euros... 7 Thuringia: Energy crisis: Verdi wants to close shops... 8 Baden-Württemberg: Drunk driver flees from the police 9 Bavaria: Herrmann affirms the value of the Christian... 10 Saxony: So far over 1600 swine fever detections in... 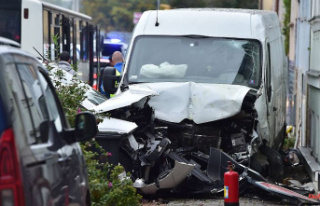 With 29 people on board: smuggler transporter crashed...