Discrimination in hiring: the "name and shame" is still pending 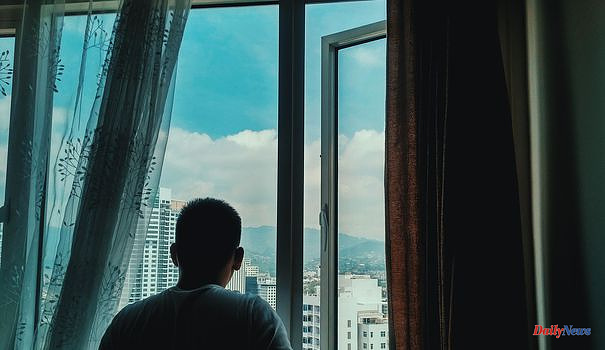 Lots of fine speeches, few results. For years, large French companies have boasted of leading exemplary diversity policies. With great blows of charters, labels, agreements, formations. And yet, the numbers are stubborn. No, employers are still not exemplary when it comes to discrimination in hiring.

READ ALSO >> The worrying discrimination of North Africans in hiring

A new study, conducted by a team of researchers from the University of Paris-Est Marne-la-Vallée (Upem), confirms this sad picture. Revealed this Wednesday by France Inter, it concludes that candidates presumed to be of North African origin receive 20% fewer responses from a recruiter than those with a surname perceived as French. In other words, it is better to be called Julien Legrand or Emilie Petit than Mohamed Chettouh or Jamila Benchargui when looking for work...

These results complete the long list of work carried out since the beginning of the 2000s, all of which point to the discriminatory policies of French companies, whatever the variable tested: origin, place of residence, religion, sex, age or physical appearance. "We don't discover anything, the only really new information is that the level of discrimination remains unchanged", analyzes the sociologist Jean-François Amadieu, who has carried out numerous works on the subject, in particular in 2006 and 2008 on behalf of of the late High Authority for the Fight against Discrimination and for Equality (Halde). Among the latest tests, that carried out by Dares, the statistical service of the Ministry of Labor, with 40 large French companies in 2016. Which concluded that the rate of positive responses from employers to "hexagonal" applications was 47%, against 36 % for those called "Maghreb".

READ ALSO >> How the Defender of Rights is investigating

Revealed by France Inter, this survey therefore challenges less by its results than by its magnitude. This time, researchers from Upem have indeed carried out 8,572 tests with 103 companies, chosen at random from among the 250 largest French companies (in terms of market capitalization). In total, they sent no less than 17,643 false applications or requests for information. "Originally, it was a call for tenders from the General Commission for Equal Opportunities, aiming to carry out a testing operation with 40 SBF 120 companies. But we took the opportunity to expand the evaluation window to other companies, to make scientific publications off the market", explains Yannick L'Horty, who led the research work.

As a result, the authors were able to identify fifteen companies with proven discriminatory practices. Who are they ? Impossible to know. Because the minister in charge of housing and the city, Julien Denormandie, refuses to reveal their identity. "We have the names of these companies. We do not forbid ourselves anything, if we have to put them out of the way, we will do it. But for the moment, we want to work with them to force them to evolve their practices", explain the minister's services.

We won't know any more. Neither on the details of the corrective measures expected nor on the timetable for their implementation. On February 3, 2019, Julien Denormandie was otherwise more warlike, in the program "Political Questions" of France Inter. Welcoming to receive "at the end of March" the results of the "largest testing survey" ever carried out in France, the minister had been questioned on his will or not to make "name and shame" - that is to say name to shame. His answer ? "The objective is clearly to do so." "Will you do it?", had insisted the journalists who interviewed him? "Yes", he said then, by way of conclusion of the show.

Did the minister at the time speak too quickly and act imprudently? Absolutely not. Because this faithful Emmanuel Macron was then only repeating the promises of the President of the Republic. "I want (...) that we make public the most delinquent companies in this area", explained the Head of State on November 14, 2017 in Tourcoing, during a major speech on city policy. A commitment reaffirmed a few months later, on May 23, 2018, during a speech entitled "France, a chance for everyone." All of the SBF 120, therefore the 120 largest companies in France, will be tested in three years (. ..). And we will say who is not doing well. When there are practices, which fall within the criminal law, which are observed, it is also necessary to be able to denounce it”, warned then Emmanuel Macron, speaking in front of an audience of business leaders.

These procrastination annoy those involved in the promotion of diversity. Such as the National Federation of Houses of Friends, which deplores that the government has not made the names of these companies public in order to be able to "prosecute them". Another reaction, that of Saïd Hammouche, president of the firm Mozaïk RH. "Name and shame is not the miracle solution. But it must undoubtedly go through it for companies to decide to take the subject seriously. They have been told to act for years, and it doesn't move," he said.

In 2016, the Minister of Labor, Myriam El Khomri had also threatened to name the least virtuous companies at the end of the Dares testing operation. In the end, two names came out: those of AccorHotels and Courtepaille, whose corrective action plans had been deemed insufficient.

1 Hamburg's mayor is in favor of more targeted... 2 Work: 32,000 training courses already validated via... 3 “We are assuming a good apple harvest” 4 There is no moral obligation to think women's... 5 This is how we strengthen the European pillar in NATO 6 From George Clooney to Frédéric Beigbeder... these... 7 5 organic spirits to offer 8 In Milan, La Scala orchestras sa mue 9 Coronavirus: how Corona beer suffers from its association... 10 Finistère: a mysterious inscription on a rock finally... 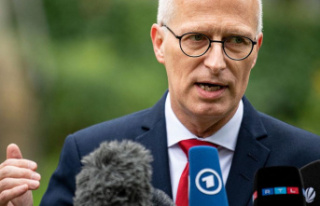 Hamburg's mayor is in favor of more targeted...