Do the sanctions work?: "Russia gets money, but cannot buy anything with it"

The outlook for Russia's economy is bleak. 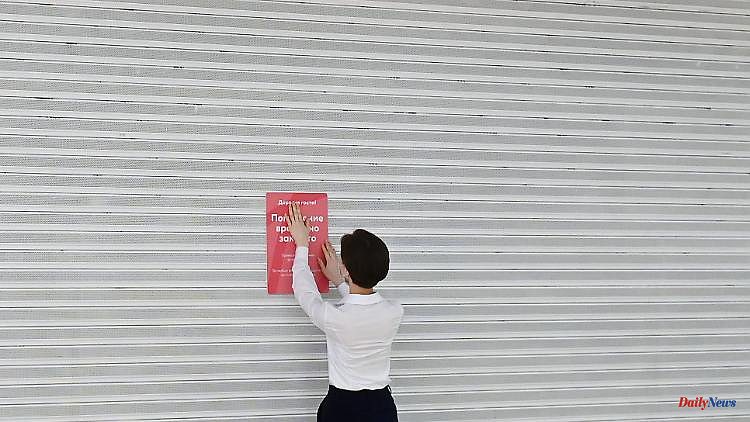 The outlook for Russia's economy is bleak. Eastern Europe expert Anders Aslund is convinced of this. Large parts of the production would soon be stopped. "There aren't even buttons for suits," says the economist in an interview.

Russia has so far avoided default, i.e. a situation in which the claims of international creditors are no longer served. How much longer can this be maintained?

Anders Aslund: As I understand it, the Russian default has now occurred. Russia has failed to pay $1.9 million in interest. That's a ridiculous amount, but technically it caused the credit default swaps to kick in. With that, Russia has de facto exited the international financial system.

Wasn't this deliberately brought about by the USA by closing the last loopholes through which Russia could still participate in payment transactions?

Yes, of course, it goes back to the US Treasury Department. It is about excluding Russia from global financial markets. The payment methods that Russia was able to use until the end of May are no longer allowed. US banks are no longer allowed to process Russian payments. The creditors can no longer be paid, and that means default. There was disagreement in the US government on this. Some wanted to extract as much money as possible from Russia, while others wanted to keep the country off the markets. Moscow is no longer particularly keen to prevent this exclusion.

The Russian central bank, however, seemed keen to avoid a default.

The central bank and the Treasury want to be part of the global system. This does not apply to the heads of the secret services and the military. There are therefore tensions between these two areas.

However, money continues to flow into the country, solely through the sale of raw materials.

In fact, the following is happening: Russia can export, but it can no longer import due to trade sanctions. This results in a huge surplus in the current account. Now one often hears that this is a sign that the sanctions are not working: the money is coming into the country and the Russians can use it to buy weapons. But that's nonsense. The Russians can't buy guns because nobody sells them. And they don't get parts to produce weapons themselves in the country either. Russian imports have collapsed by 60 percent. Russia gets money but cannot buy anything with it.

The central bank has also attached great importance to stabilizing the ruble, which it has apparently succeeded in doing.

I dispute that. At the beginning of March, one dollar was worth 136 rubles. Then the rate fell to 56 rubles. So it looks superficially as if the central bank has stabilized the course, with massive interest rate hikes and other interventions. But actually the opposite is the case. An overly strong ruble exchange rate cannot be in Russia's interest, which is why the central bank immediately lowered interest rates again. This is completely erratic and it reinforces the isolation.

Now there are many who say that Russia will not have any problems with isolation because it can be self-sufficient.

I think that's wrong. The security authorities want to isolate Russia because that makes it easier to maintain a dictatorship. But isolation hurts Russia immensely. The country can only produce little without importing parts for it. No cars, no tanks, no rockets. You cannot make hygiene products or paper without the necessary imported chemicals. Basically nothing that goes beyond rudimentary technologies. There are even no buttons for suits!

How long can this work? At the moment one hears that life in Russia is still relatively normal.

The war has now lasted three months. Inventories will be depleted within the next three months. And then large parts of the production are stopped. Incidentally, this also applies to trade.

But Russia can still import from countries that have not imposed their own sanctions.

Theoretically yes - but we see that imports from these countries are also falling. Imports from India and China have fallen massively. This is also easy to explain. In telecommunications, for example, Ericsson and Nokia have stopped deliveries to Russia. And then the Chinese Huawei group also stopped exporting because they were afraid of secondary sanctions from the USA. We've seen similar things with Chinese credit card companies competing with Visa or Mastercard. The Indian steel company Tata also no longer works with Russia. Sanctions are very difficult to calculate in advance and therefore represent a high risk. There is also the danger of losing reputation among Western consumers. Hardly anyone wants to risk that.

How severe could the economic slump be?

We don't yet know exactly what all this will mean for the Russian economy, but the decline will be massive. After the US sanctions against Iran, the country's gross domestic product fell by 15 percent within two years. In Venezuela it was 36 percent. Russia is very well integrated into the global economy, so we can expect the impact of the export restrictions to be drastic. The consequences are therefore likely to be more severe than in Iran.

Is it recognizable that Russia's economic isolation is also having political consequences?

Yes, you can see that. We are now learning a lot more from the security apparatus than before, via a series of leaks, primarily in the channels of messenger service Telegram. Clear cracks within the Russian elite can be read from these reports. Between the hardliners demanding mobilization and an expanded attack on Ukraine and the opponents of the war. This leads to personal consequences. The head of the FSB secret service department responsible for Ukraine was initially arrested. The same goes for the deputy commander of the National Guard and apparently also for several members of the presidential administration. Defense Minister Sergei Shoigu and Chief of Staff Valery Gerasimov basically have nothing more to say. There is an open battle going on in the security services.

Should the sanctions be extended again? In Europe, attempts are being made to break away from Russian energy imports.

I don't think much of an oil embargo. This actually only means that Russia generates more revenue through higher prices and has to do less for it. In my view, it is much more effective to sanction shipping and transport insurers. Actually, it is enough to make the conditions for these companies so uncomfortable that they no longer want to cooperate with Russia. By the way, this is already happening. The sanctions basically reinforce themselves.

They are often very critical of the federal government. In what respect should Germany do more?

I'm mainly concerned with arms deliveries to Ukraine. Germany repeatedly announces that it wants to deliver certain systems and then doesn't do so. It would also be important to shut down the first strand of the Nord Stream natural gas pipeline through the Baltic Sea. Then that gas would be transported through Ukraine again, bringing in revenue. Finally, it is imperative that Gazprombank be sanctioned.

What should we do to prepare for a future reconstruction of Ukraine?

In any case, we should start with that. So far we are talking about a loss of around 400 billion dollars. There are several possible financial sources for this. We have the property of the Russian oligarchs in the West that we could confiscate in part. We have funds from the EU, which has already made it clear that it will provide a lot. Of course, there will also be funds from the USA. And above all, we have the frozen funds of the Russian Central Bank in Western countries.

Is there a legal basis for withholding these central bank funds?

In the USA there are corresponding legal acts and also historical examples. Most recently, central bank reserves were used by Afghanistan for humanitarian aid. Simply by decree by the US President. Similar things have happened in cases of Libya and Iraq. Ultimately, it depends on the political will of the respective government. Russia has most of its foreign reserves in Germany and France. In order to do this, you would of course need a legal basis, preferably at EU level.

Who should coordinate the reconstruction of Ukraine?

We need a well-functioning institution to take over this, supported primarily by the EU and the USA. A kind of Marshall Plan for Ukraine. That must be very well organized. If there is any debate about corruption or waste of resources, then it will fail.

The interview first appeared on "Capital" 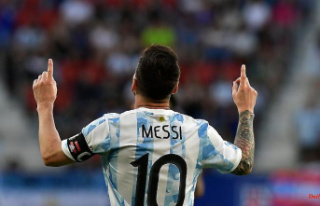