The commitment to climate protection is reaching its limits in many federal states when it comes to the expansion of renewable energies. 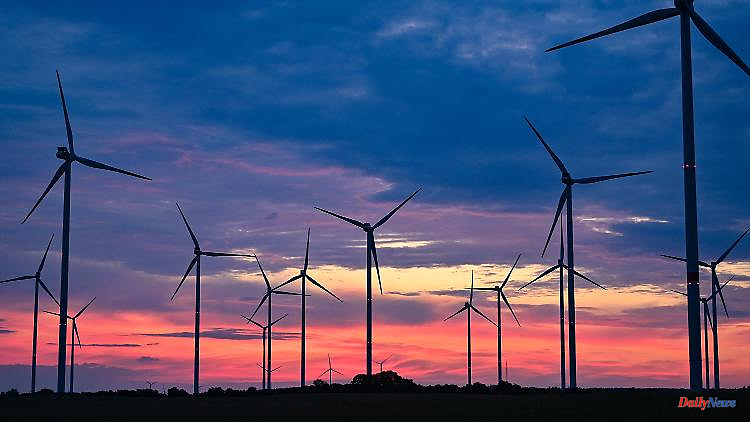 The commitment to climate protection is reaching its limits in many federal states when it comes to the expansion of renewable energies. Now the federal government wants to force the federal states to designate more areas for wind turbines. If necessary, distance regulations should also be collected.

The federal government wants to tear down hurdles for the expansion of wind energy and overturn the distance regulations of the federal states. With a legislative package, around two percent of Germany's area is to be reserved for wind turbines. In order to enforce this, not only planning and building law, but also the nature conservation law should be changed.

According to the project, the distance rules for wind turbines to residential buildings can initially remain in force. However, if a federal state misses its space requirements, these regulations become invalid. According to government circles, the law is to be introduced on Wednesday, approved by the cabinet in June and tabled in the Bundestag.

The federal government justifies its action with an urgently needed acceleration of the expansion of renewable energies for climate protection - but also with the war in Ukraine and security policy. "It is part of a comprehensive regulatory package with the aim of a sustainable and greenhouse gas-neutral energy supply, which is intended to drastically accelerate the expansion of renewable energies and remove all hurdles and obstacles to accelerated expansion," says the "Onshore Wind" law .

The main obstacle to expansion is the lack of available space. Therefore, two percent of the country would have to be designated for wind turbines. "This will require more than a doubling of the designated area in the coming years." Only around 0.8 percent of the federal area is currently designated for onshore wind energy. 0.5 percent is actually used. Resistance from residents and conservationists as well as lengthy approval procedures are slowing down the planning. The government's goal is to double the output of onshore wind turbines to 115 gigawatts by 2030. With the two percent target, even 165 gigawatts should then be possible. By 2030, a total of 80 percent of electricity consumption is to be covered by renewable energies, and by 2035 almost 100 percent.

In order to implement the area targets, the Wind Area Requirement Act (WindBG) contains clear specifications for each state: Bavaria, for example, must report 1.1 percent by the end of 2026 and then 1.8 percent by 2032. The same applies to Baden-Württemberg and North Rhine-Westphalia. Countries with more wind, such as Mecklenburg-Western Pomerania, have targets of 1.4 and 2.1 percent. If the states threaten to miss the targets, the distance rules set out there should fall: "Minimum distance regulations are no longer applicable if the area contribution values ​​​​of the state according to the WindBG are not achieved," it says. Other restrictions will no longer apply. "Definitions in spatial plans or representations in land use plans can no longer be held against them."

Federal Climate Minister Robert Habeck initially tried to persuade them to voluntarily expand the wind energy areas by traveling to various federal states. In Bavaria, for example, he encountered decisive resistance. In Thuringia, the CDU is trying - if necessary with the votes of the AfD - to enforce stricter distance rules against the Red-Red-Green minority government.

There will also be cuts in nature conservation law for the expansion goals. "The operation of wind turbines is in the overriding public interest and serves public safety," says the draft law. Accordingly, the areas that come into question for wind turbines are being expanded. For birds of prey, which are particularly endangered by the rotor blades, there are detailed regulations depending on the species. Bird conservationists are no longer allowed to install nesting aids within a radius of 1.5 kilometers from wind energy areas, so that such species do not settle there in the first place.

In order to protect the birds, however, the wind power operators in sensitive areas also have to switch off the wind turbines from time to time. But you can also create alternative areas to lure the birds away from the region. Species protection programs, which have to be paid for by the wind industry, should also ensure that the number of birds of a species does not decrease, at least nationwide. 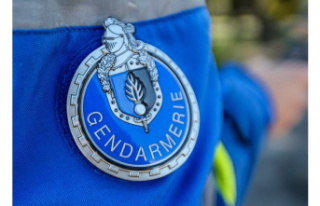 North-Isere. Over the weekend, there were several...