The consequences of the corona lockdown in the industrial metropolis of Shanghai are also spilling over to Germany. 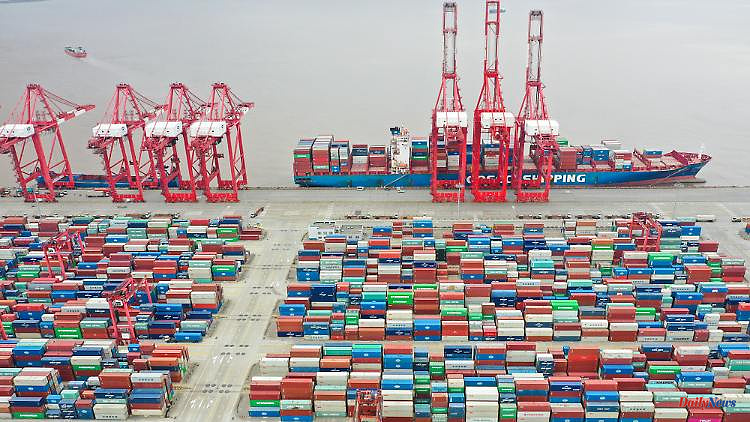 The consequences of the corona lockdown in the industrial metropolis of Shanghai are also spilling over to Germany. According to analysts, the already massive lack of material will increase again - with significant consequences for industry and consumers.

As a result of Chinese lockdowns and global ship jams, the German economy is threatened with a further aggravation of the serious delivery problems. According to the Kiel Institute for the World Economy and the Port of Rotterdam, the number of ships heading west from China has already fallen. And the London shipping consultancy Drewry estimates that in April alone 260,000 containers destined for export all over the world were not loaded in the port of Shanghai.

According to the Berlin Mercator Institute for China Studies (MERICS), the effects will be felt by both consumers and industry. German retailers sold a wide range of Chinese-made products, from electronics to furniture and clothing to toys, says Merics analyst Jacob Gunter. Even before the Ukraine war and the lockdown in Shanghai, the industry was suffering from a major shortage of supplies.

"We assume that the situation will continue to worsen in the coming days and weeks because ships that left the port of Shanghai before the closure have arrived," says Bertram Brossardt, general manager of the Bavarian Business Association in Munich. "We will only feel the actual consequences of the lockdown in Shanghai for some time, but then very drastically."

The port of Shanghai is the largest in the world, and the city and its hinterland are an industrial region of global importance. According to the Mercator Institute, electronic components and computers of all kinds account for the largest share of Chinese exports of industrial components. Analyst Gunther. He cites cobalt and lithium for the production of electric car batteries as examples.

The analyst assumes that the Chinese lockdowns will have a kind of global ripple effect: "If a component supplier in Japan, Great Britain or Mexico has suppliers in China at the beginning of the supply chain, this can have an impact on their production." The consequence would then be limited supplies for German companies that are at the end of the supply chain. However, there is no reason to fear that deliveries from China will come to a complete standstill: "A drop in westbound freight volumes due to the lockdown in Shanghai is to be expected, but that will be limited," says a spokeswoman for the port of Rotterdam.

The effect of the lockdown in Shanghai and other rigid Covid restrictions in China is noticeable in Europe with a considerable delay, because a direct ship journey took 30 to 40 days before the start of the corona pandemic. Usually several ports are called at, so that the normal transit time of a container is around 80 days.

For the past two years, Covid has been messing up the timetables. According to the Alphaliner shipping database, container ships are currently on the road for an average of 101 days. This in turn means that the ships return to East Asia with a delay of at least three weeks and are then missing for the next trip to Europe. The lockdown in Shanghai started at the end of March and was only supposed to last a few days. The restrictions have now been relaxed, but there is no sign of a return to normality. While the port of Shanghai has never stood still, transportation in and out of the port has been hit hard, the spokeswoman for the port of Rotterdam explained. And in other regions of China, too, many factories can only produce to a limited extent because staff and deliveries are blocked.

For Chinese county, county, city and provincial officials, the most important task is keeping Covid out, says Merics analyst Gunter. "Many have enacted extreme restrictions to prevent entry or even transit through their jurisdictions." Truck drivers confronted with the Covid bureaucracy often do not even start the fight for the large number of special permits required, but simply do not drive.

The Kiel Institute for the World Economy (IfW) did not find any decline in import volumes in Rotterdam or Hamburg up to last week. "The effect on the ports in the North Sea should also be limited in the coming weeks, since a traffic jam has also built up in the North Sea, a kind of buffer," says economist Vincent Stamer. But in mid-May, according to the IfW, the volume of freight in the Red Sea was almost a fifth lower than would have been expected in normal times. Naturally, not all ships in the Red Sea head for Rotterdam or Hamburg. But this is an indication that deliveries are missing.

1 Digital Abba show premieres: "It's absurd,... 2 On the death of Andy Fletcher: Depeche Mode would... 3 Thuringia: Boy bitten in the face by a shepherd dog 4 Cause of Cooling: Why Mars became a desert planet 5 Drug study: how to treat monkeypox 6 Thuringia: 200,000 euros damage in a fire in the Wartburg... 7 Baden-Württemberg: Bunsen burner against weeds: 56-year-old... 8 North Rhine-Westphalia: shots at Jahnplatz: probably... 9 Nowitzki is still proud: MVP Curry leads Warriors... 10 NHL gala with congenial partner: Draisaitl's... 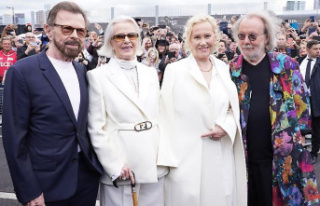