E-cars as energy storage?: "They would have a capacity of 100 nuclear power plants"

Anyone who installs a solar system on their roof faces a problem: the cheap electricity is mainly produced when you are not at home yourself. 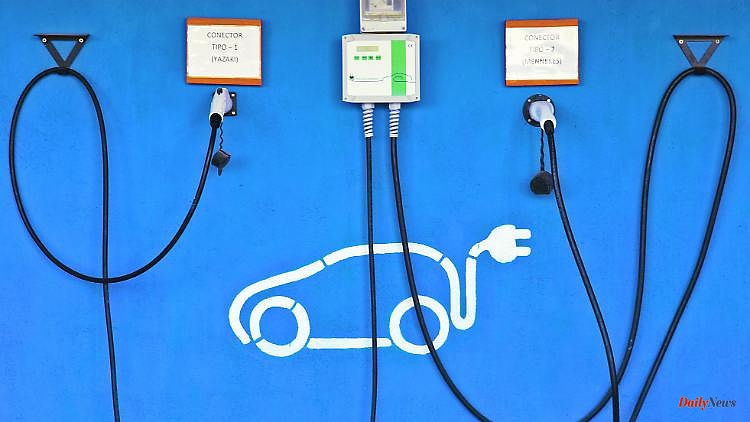 Anyone who installs a solar system on their roof faces a problem: the cheap electricity is mainly produced when you are not at home yourself. After sunset, only the expensive energy from the grid remains in the evening. In order to optimize consumption, most solar systems are therefore only sold with home storage. By far the best energy storage devices are on the doorstep. But in the eyes of Christian Rahn, Germany has so far not exploited the potential of e-cars. The local charging stations in particular are a problem. "Other countries show that it works," says the managing director of Otovo Germany in ntv's "Climate Laboratory". "There's no reason why it shouldn't work in Germany, too."

Christian Rahn: That simply means exchanging energy in both directions. First and foremost, it is about electricity that can be stored somewhere and released again in different areas.

And we urgently need that in Germany in order to achieve the energy transition?

It could at least be a building block. In the case of renewable energies, it is usually the case that solar energy in particular, but also wind energy, produces electricity when the sun is shining and the wind is blowing particularly strongly. But that does not mean that I need this energy at this moment.

The sun does not shine at night, as is repeatedly pointed out.

And also not in the early morning or in the evening hours. But maybe this is exactly the time when I would like to use the electricity I produce myself. This is where electricity storage comes into play, both on a small scale, but also with a view to the macro level or Germany. It is already partly the case today that we produce more electricity than we can store when the sun is shining and the wind is blowing strongly. In this respect, storage plays a major role in renewable energies.

But it's called bi-directional charging. What is loaded there?

In the case of solar systems, 85 percent of what is known as home storage is usually included, a power storage unit for the basement. This allows me to store excess electricity throughout the day and use it again in the evening hours. This is a type of bidirectional charging or delivery: I charge a storage device and give the energy back to all consumers connected to the house.

And if you feed the electricity into the grid, do you get money?

I myself installed a solar system on my roof twelve years ago and still receive a feed-in tariff of over 30 cents from that time.

Unfortunately, the feed-in tariff has continued to fall in recent years, while electricity prices have risen drastically at the same time. You pay more than 30 cents for every kilowatt hour of electricity. The production costs for a normal solar system are 12 to 14 cents per kilowatt hour. That means I produce relatively cheap electricity. But without memory, I only use 35 to 40 percent of it myself. With a well-sized memory, I can increase consumption to 85 to 90 percent.

So all the people who are just now getting solar are at a financial disadvantage if they feed their electricity into the grid instead of using it themselves?

And how well does that work in Germany compared to other European countries?

In fact, we are still at the very beginning. Especially in the area of ​​e-mobility and the storage devices that are installed in e-cars. This is a potential that could provide an important building block in the energy transition. This has to do with the fact that the storage devices used in solar systems usually have a capacity of ten kilowatt hours. The average storage capacity in e-cars is 75 kilowatt hours. This is a multiple of what is available in houses as home storage, a gigantic potential.

Potentially definitely. But of course that assumes that the cars are connected to the network somewhere and make their memory available. They don't do that when they're on the road. But of course we know that 95 percent of the time cars are parked in front of the door. In this respect, it would make sense to use this potential in the charging infrastructure.

In Berlin you can see charging stations more and more often, but also e-cars on the streets. Could this be used?

Why is that? Isn't it possible to retrofit cars and charging stations?

Technically everything is possible. In Utrecht in the Netherlands there is a lot of infrastructure that connects cars to the power grid in both the private and public sectors. In Asia, too, many countries are, as is so often the case, much further ahead in this regard. Just like the car manufacturers. You basically need software that controls certain intelligent charging and discharging processes and the corresponding hardware. At the end of the day, it's all about having the right plugs.

Does that mean you could retrofit the charging stations?

Yes. Many cars are also intended for this. In many areas, one would only have to adapt the infrastructure on the hardware side.

Isn't that done because the technology is too demanding? Or are the legal hurdles too high?

In any case, there is still a lot to be done in terms of regulation. But basically, other countries are already showing us that it works. There is no reason why this shouldn't work in Germany as well.

Is that politically on the screen? Do you have an idea where the problem lies?

There is now a new funding program from the federal government. This envisages promoting bidirectional charging with almost 100 million euros. So you already have it on the screen. I'm also very confident that a lot of things will take off in this area because the potential is huge. There are many forecasts regarding the spread of electric cars. There is talk of up to 15 million vehicles that will be on the road in Germany by 2030. If you extrapolate that, they would have a capacity of 100 nuclear power plants. That's gigantic. In this respect, everything indicates that we are using this storage capacity.

How expensive would it currently be to buy a photovoltaic system, storage, a wall box for the garage and an electric car?

The electric car is definitely the most expensive. A photovoltaic system for a four-person household costs between 12,000 and 15,000 euros, depending on the electricity requirement. The more modules are installed for power production, the more expensive it becomes. When it comes to storage, you have to reckon with another 5000 euros plus x. Wall boxes, with which you can charge the car, are now very cheap, you can get them for well under 1000 euros. However, if the wall box is to be suitable for bidirectional charging, the situation is different due to the rather thin distribution. They currently cost around 10,000 euros.

So a higher five-digit, if not even six-digit sum. Is there high demand for solar systems from you and Otovo despite the costs?

Yes, extremely high. This has taken on a special dimension, especially as a result of the Ukraine crisis. However, the demand is very high due to the constellation of the past few years alone: ​​electricity prices have risen massively, while the costs for solar systems have fallen sharply at the same time.

And how long is the waiting time currently?

That depends a bit on which system you order. If you order today, expect it to take three months to actually install on your roof.

Because fitters are missing? You hear that more often.

The shortage of skilled workers basically plays a major role in our industry. There is an imbalance between demand and installation capacity. At Otovo, we focus on the private sector, which means homeowners. In Germany there are about 15 million houses that are suitable for a solar system. Of these, only just under 10 percent currently actually have a system on the roof, although demand is high. But with the existing capacities we can currently only install between 250,000 and 300,000 systems per year. There could be a lot more going on.

What do you have to pay attention to if you decide to buy a solar system?

Not so much if you have a competent partner who advises you. First of all, we carry out a needs analysis and take a close look at how high the electricity requirement will be in the next few years in order to optimally dimension the systems. Next we look at the conditions on the roof. A storage tank is of course one way to optimize self-consumption as much as possible. Then you need a local partner to install this system. These are specialist companies. In consultation with us, they also take care of registering the system with the grid operator. Of course, an electrician must also check whether the power lines in the house are up to date so that I can connect the system.

We don't want to burn down the building.

Exactly! That's a lot of things, of course, but nothing that I as a customer have to actively deal with. There is also a register where all solar systems are registered and registered. But that's not rocket science either. Basically, you only have to enter the system with the performance values. That's it.

Juliane Kipper and Christian Herrmann spoke to Christian Rahn. The conversation has been shortened and smoothed for better understanding. 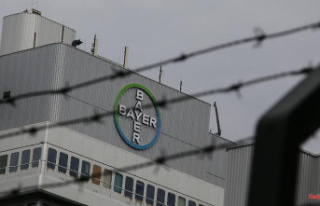 Consequences of the Monsanto takeover: pharmaceutical...