E10 around 30 cents cheaper: ADAC: "There is still a lot of room to go down when it comes to fuel prices" 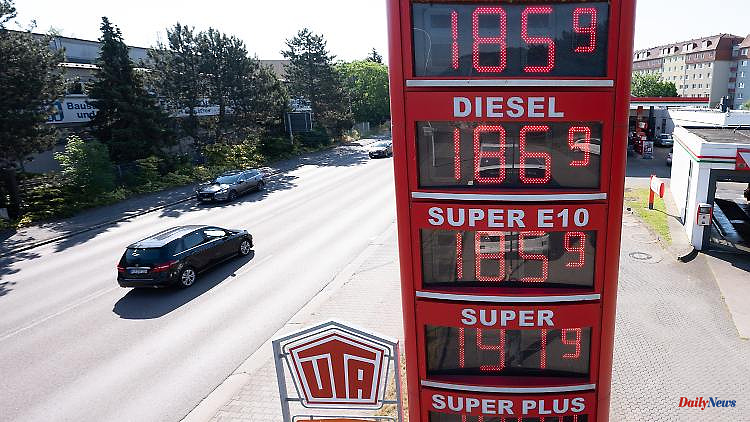 Energy tax cut takes effect, fuel prices fall nationwide. In some cases, the relief per liter is more than 30 cents. Even experts are surprised by the rapid development, but believe that the prices are still too high.

The energy tax cut already had a major impact on fuel prices on Wednesday morning. At 9.50 a.m., E10 was around 30 cents per liter cheaper than 24 hours earlier, diesel around 14 cents cheaper, as the ADAC announced on request. "The reduction this morning went faster than expected. That's a good step in the right direction. But there's still a long way to go," said ADAC expert Christian Laberer. Including VAT, the relief for E10 is 35.2 cents per liter and 16.7 cents for diesel. On a nationwide average, E10 cost 1.881 euros per liter on Wednesday at 9.50 a.m., according to ADAC, diesel 1.941 euros.

Around this time, the fuel price on normal days is usually slightly higher than the later daily average. Overall, there is a lot of movement, said Laberer. A lightning analysis by the German Press Agency in the morning also pointed in the direction of significantly lower fuel prices. There was also a very large range between the prices of individual gas stations. Calculated from the daily average values ​​of Tuesday, a complete transfer of the tax reduction for E10 would result in prices of around 1.80 euros per liter, according to Laberer, and around 1.87 to 1.88 euros for diesel. That will probably not be reached on Wednesday as a daily average, he said. But even if he did, it would still be far too high in his opinion. "There's still a lot of room to go down in prices," emphasized Laberer. Roughly estimated, they are around 20 cents per liter too high, said the ADAC expert.

Before the tax cut, many experts had expected that fuel prices would not fall abruptly on Wednesday. The reason for this is that the reduced tax does not apply to sales at the pump, but from the tank farm or refinery. This means that all gas station supplies delivered before midnight are still subject to the normal higher tax rate.

The fact that the majority of petrol stations lowered their prices sharply in the morning could be a result of the high level of public attention and the associated competitive pressure. The lower prices caused strong demand at the petrol stations on Wednesday. The Federal Association of Independent Gas Stations (bft) reported that diesel was temporarily sold out at individual pumps. The reluctance to buy is gone: "The drivers fill up their tanks for the Pentecost festival," it said.

According to the Fuels and Energy Industry Association (en2x), however, there was initially no rush to the gas stations. The central association of the petrol station trade (ZTG) also spoke of a more relaxed situation than feared. Prices have fallen, "but consumers have by no means stormed the gas stations." Before the fuel price reduction, there had also been speculation about possible supply bottlenecks on Wednesday.

The background here is also the tax system, which has only enabled gas stations to make purchases at the lower tax rate since Wednesday. Full tanks with the old tax burden are not manageable from a commercial point of view, explained the bft. The filling level of the tanks at the gas stations was initially only 20 to 30 percent. The ZTG, on the other hand, said that vacancies were not to be feared. "So far it seems that consumers have understood that the tax cut does not only apply on June 1st." 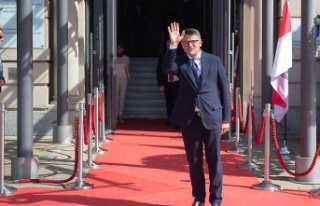 Hesse: Prime Minister: "We are there with bang...