After the end of the billion-dollar bond purchases, the European Central Bank now wants to raise interest rates again for the first time in eleven years. 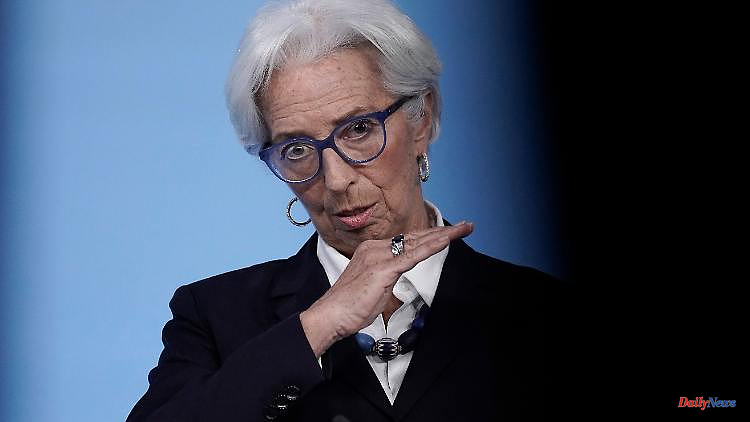 After the end of the billion-dollar bond purchases, the European Central Bank now wants to raise interest rates again for the first time in eleven years. At its meeting, the Governing Council of the ECB intends to raise the key interest rates in the common currency area by 0.25 percentage points. In view of the record inflation, however, a larger rate hike of 0.50 percentage points is not ruled out. It could be the beginning of a series of rate hikes. The decisions of the Governing Council will be announced in the afternoon.

In view of rising inflation rates, people in Germany and the euro area can increasingly afford less for one euro. However, they should not initially hope for a rapid relaxation of prices, even after an interest rate hike. The fuel discount and 9-euro ticket dampened the upward trend, at least in Germany, in June.

At the latest after the end of the measures limited to three months, inflation should jump up again, Commerzbank chief economist Jörg Krämer expects: "This is all the more true as German companies are still a long way from passing on the massive increase in material costs to consumers. " Jörg Zeuner, chief economist at fund provider Union Investment, also expects price increases in the energy and food sectors to be increasingly passed on to other goods and services.

Soaring energy prices have been driving inflation for months. This trend was exacerbated by the Russian attack on Ukraine. In addition, since the corona pandemic, the industry has been struggling with the fact that supply chains are not working smoothly, also because there are repeated lockdowns in China. In June, inflation in the euro area reached 8.6 percent, the highest level since the single currency was introduced as book money in 1999.

What does a rate hike do?

Europe's currency watchdogs are largely powerless against rising energy prices. However, the central bank can help ensure that the inflation rate does not remain at a high level in the long term. "The more hesitant monetary policy is now, the more it runs the risk of getting into a situation in which it would later have to tighten all the more abruptly and more severely in order to ensure price stability," Bundesbank President Joachim Nagel recently warned.

The central bankers are concerned about possible second-round effects such as a wage-price spiral. If wages rise too much in response to high inflation, this could push prices higher as companies use higher wages to justify further price hikes. Wages and prices then push each other up.

What do rate hikes mean for savers?

The first banks have already increased interest rates for overnight or fixed-term deposits. However, it will probably be a while before the majority of savers receive significant interest. After all, the first banks have abolished negative interest rates on call money or current accounts. "As soon as the central bank removes the penalty interest rate on bank deposits, the negative interest rates for savers will also disappear across the board," expects Oliver Maier, Managing Director of Verivox Finanzvergleich GmbH. Most recently, banks had to pay 0.5 percent interest if they parked money at the ECB. Many institutes pass this burden on to private customers from a certain sum on the account as a so-called custody fee.

What are the consequences of tighter monetary policy for borrowers?

It will be more expensive for them in the foreseeable future. Rising interest rates increase the cost of borrowing, thereby curbing demand. This helps keep inflation under control. In the experience of consumer advocates, banks and savings banks pass on rising interest rates to borrowers comparatively quickly, and this also applies to overdraft interest. The construction interest, which is based on the interest on federal bonds, has already risen significantly. "The average interest rate for ten-year construction financing has almost quadrupled from 0.8 percent at the start of the year and has climbed to over three percent," reports Ingo Foitzik, Managing Director of construction financing at the comparison portal Check24.

Higher interest rates hit those who need a new loan or follow-up financing for a home loan. An example: Anyone who took out a ten-year real estate loan of 400,000 euros with an interest rate of 0.8 percent and an initial repayment of 2 percent at the beginning of 2022 would have to pay 933 euros a month. If such a loan is taken out in June, it is 1667 euros per month. Nothing changes for current mortgage loans.

What are the opportunities for life insurance customers?

Interest rates on the capital market have already risen in anticipation of a tighter monetary policy. But it will probably be a while before life insurance customers benefit from this. Industry experts expect that life insurers will first reduce so-called hidden burdens in the balance sheet that arise from the turnaround in interest rates, instead of increasing the profit participation. The surplus participation, which insurance companies set every year depending on the economic situation and the success of their investment strategy, is an important part of the ongoing interest on the classic old-age provision. 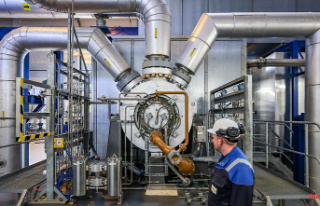 No all-clear for gas shortage: Müller: "We are...