No gas has flowed through Nord Stream 1 since September. 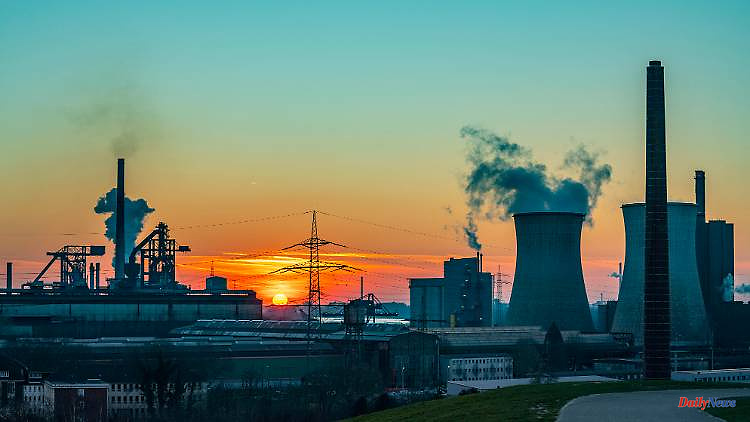 No gas has flowed through Nord Stream 1 since September. This means that the business model of Uniper, Germany's largest gas importer, has become obsolete and has gotten into trouble. The federal government is now nationalizing the company - rightly so, says Jens Südekum, economist and professor at the Düsseldorf Institute for Competition Economics, ntv.de. This will bring calm to the gas market for the time being. However, the government adviser is critical of the gas levy. Südekum also does not rule out the possibility that other gas suppliers could run into difficulties. He therefore lacks the imagination "how this acute economic crisis is to be overcome with the debt brake."

ntv.de: Citizens are now asked to pay twice: once as gas customers, once as taxpayers. How do you assess the decision to nationalize Uniper and sticking to the gas surcharge?

Jens Südekum: The state's 100% stake in Uniper has calmed the gas market for the time being. It is therefore right that the federal government is stabilizing Uniper. The gas levy is a different story. To be honest, I'm assuming the surcharge will go away.

From my point of view, the gas levy no longer makes sense. Uniper would receive two-thirds of the funds from the levy. In the remaining third, Gazprom Germania, today SEFE, is another company where the state already has the trustee management. And then there are the free riders who shouldn't get the money at all. If the surcharge is to last, it must be greatly reduced. It would be better to cover Uniper's losses from the federal budget.

What would make sense instead of the gas surcharge?

A price cap for basic consumption, financed through the federal budget, either through loans or tax increases, would be conceivable. These would be conceivable in the form of a solidarity contribution, a reformed inheritance tax or an excess profit tax for companies. In this way, all taxpayers would be held accountable and not just gas customers.

Why is Uniper in such a difficult position anyway? The government put together a rescue package for the company just two months ago.

The situation has changed dramatically since the first rescue package in July: Putin stopped deliveries through Nord Stream 1. The company is now completely on the brink. No more gas flows through Nord Stream 1. Uniper now has to buy all of the gas it needs on the expensive spot market, but cannot pass on the prices directly because it is contractually bound to cheap sales prices. It is therefore clear that the business model does not work.

Was there a realistic alternative to nationalization?

In principle, there would still have been the possibility that Uniper would pass on the higher prices to municipal utilities and private households. But that would have created great chaos on the gas market, because the consequences would have been sudden increases in prices and payment problems.

However, the problem of high gas prices on the spot market will not go away as a result of nationalization.

Fortum, the Finnish parent company of Uniper, puts the losses since the beginning of the war at 8.5 billion euros. What risks is the German government taking with nationalization?

The federal government has Uniper's risk entirely on its own books. The business model is in trouble. Things will ease up a bit over time because Uniper can adjust the contracts at some point. This increases income again. But it will still remain a loss-making business. Uniper has long been used to buying gas from Russia very cheaply and selling it cheaply. It will never work like this again in this form.

How is the state supposed to get out again if the business model no longer works without state participation?

Uniper has geared a large part of its business model towards importing gas from Russia. But there are other areas of business as well. They are involved in the new LNG terminals, they have hydroelectric power plants, they also have nuclear power plants now. So the question is whether Uniper can again develop an attractive business model in order to make profits again beyond Russian gas. That is the hope that the federal government has at the moment: to go in cheaply in this crisis situation in order to be able to sell the company again in the end. Then hopefully even with a profit.

... as was recently the case with Lufthansa. Are the two cases comparable?

Lufthansa was a company with a very well-functioning business model. Then came the pandemic, suddenly you weren't allowed to fly anymore. The business model collapsed immediately and the state stepped in. In the current situation of the pandemic, the business model has recovered and is working again. It's different at Uniper, because a previous core area of ​​importing gas from Russia will no longer exist. The question now is whether Uniper can restructure itself and survive on its own with other business areas such as LNG, hydropower, renewable energies or even nuclear power. That will determine whether and how quickly Uniper will emerge from the crisis. Whether the federal government will one day succeed in selling the holdings again at a profit is not at all foreseeable today.

Uniper isn't the only gas company in trouble. Now VNG is also reporting problems. Can the federal government afford to nationalize yet another corporation?

The question is how much she has to afford. Of course it costs something to act. But if you don't act and the gas market collapses, it would cost a lot more. The nationalization of Uniper initially calms the situation. But of course VNG also plays an important role. So I don't want to rule out the possibility that the state will also become more involved there.

In this case, is it realistic at all that the FDP would want to stick to the debt brake?

I don't know how this is supposed to work. We are on the cusp of a bad recession as people cut other consumption because of high gas and energy prices. The small and medium-sized companies also do not know how to pay their bills. Aid packages must also be put together here. The whole thing adds up to high double-digit billions, if not triple-digits - the package for Uniper is just one piece of the puzzle. So I lack the imagination as to how this acute economic crisis is to be overcome with the debt brake.

Will the energy crisis now become an economic crisis?

The recession is unstoppable, that's just the reality. I don't think everyone has realized this yet. The next six months are going to be really bad. You have to brace yourself vigorously against this recession now. That's why the nationalization of Uniper is a step in the right direction - and shows that the state is able and willing to act vigorously.

1 After corona infection: Young women suffer more often... 2 "The crew is fine": Russians and Americans... 3 Baden-Württemberg: Green-Black: Promoting green electricity... 4 Baden-Württemberg: The Greens and the CDU discuss... 5 Saxony-Anhalt: Halle closes emergency accommodation... 6 Saxony: Piwarz on the lack of teachers: exhaust all... 7 Mecklenburg-Western Pomerania: Large influx of protest... 8 Fake call from Navalny environment: Peskow Junior... 9 Several bridgeheads on the Oskil: Where the Ukraine... 10 Nothing comes from nothing: Partial mobilization could... 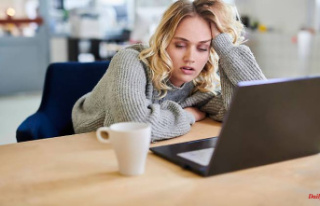