Edelstromer from Magna and Baic: Arcfox Alpha S - beware if the fox bites

In cooperation with the Chinese Baic Group, Magna wants to prove once again that the Austrian company is a full-fledged car manufacturer. 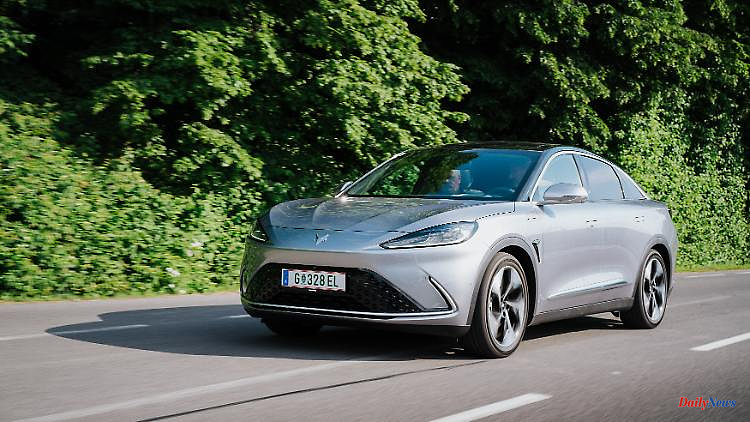 In cooperation with the Chinese Baic Group, Magna wants to prove once again that the Austrian company is a full-fledged car manufacturer. The Arcfox Alpha S therefore wants to be right at the top of the food chain.

The arctic fox is a pretty cuddly little animal: In its thick white fur, it usually trots through the icy desert, barely visible. Up close, it simply looks adorable - until it jumps and catches prey. The robber is also damn fast from 0 to 100 in the snow.

The automotive supplier Magna would like to do something similar. Together with the Chinese Baic Group, the Austrians have created a new car brand. Under the name Arcfox - i.e. arctic fox - the alliance has been attacking the established competition with electric cars for a few months. And the jump could be a precision landing, as evidenced by a first drive in the Alpha S model.

The 4.93 meter long Stromer is ready at the test site in Graz, Styria - and looks great even when it's stationary: an elegantly cut sedan with harmoniously short overhangs, a sleek sloping bonnet and a roof that flows into the trunk like a coupé. Significantly more successful than some clumsy competition in this segment. The Alpha S looks more crouched than its almost 1.60 meter height would suggest.

The fact that the Magna Group, with its 120 years of car manufacturing expertise, is responsible for the essential development work and the establishment of production in the joint venture can be felt on closer inspection: the Alpha S has a very high quality finish, leather, Alcantara, plastics and aluminum - everything on a level that the Austrians also show in the production for Jaguar, BMW or Mercedes.

And the qualities are also evident in motion: The Alpha S is already working rapidly in Eco mode, almost brutally in Sport mode - from a standing start in 3.5 seconds to 100 km/h, but with full contact with the road and a sense of security that the Arctic fox only pretending. In the all-wheel drive variant, two electric motors work with a system output of 643 hp and the largest battery with 93.6 kilowatt hours is installed, of course with fast charging capability. Ranges of more than 600 kilometers should be possible. With the smallest battery of 63.4 kWh and rear-wheel drive, it will be less than 500 kilometers.

But the Alpha is actually more about solid progress. He provides proof of this on the jogging track, which he masters in a tightly gliding manner. Inside, this also fits the very comfortable and, despite the battery pack, well-fitting seats underneath. With a wheelbase of 2.91 meters, the legs naturally have plenty of room in the second row as well. And behind it there is still space for 560 liters of luggage.

In the brain of the Arcfox, the smartphone giant Huawei is contributing its HarmonyOS operating system and exclusive self-driving systems up to a potential level 4. For legal reasons, however, only autonomous driving will initially be possible on special sections of the motorway. However, lidar, 12 ultrasonic radars, 13 panorama cameras and 5G cloud connection promise more. The Arcfox also invites you to relax and glide in this respect.

Of course, after the first sniffing between Arcfox and Europeans, little can be said about the long-term quality or robustness of the components. And whether the price level would be similar to the Chinese purchase price of less than 35,000 euros remains to be seen. Will the Arcfox even make it to Europe? This question also remains unanswered at the moment - possibly because system partner Magna would also poach in the home of its own good customers such as Mercedes or BMW. But the arctic fox is clever - and only shows itself when it bites. 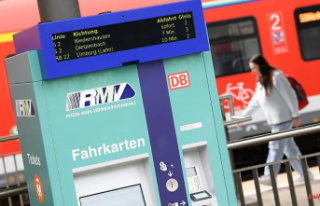 Hesse: RMV will introduce a new discount from January...