Electric car for every situation: GMC Hummer EV: The electric giant that shows off superlatives 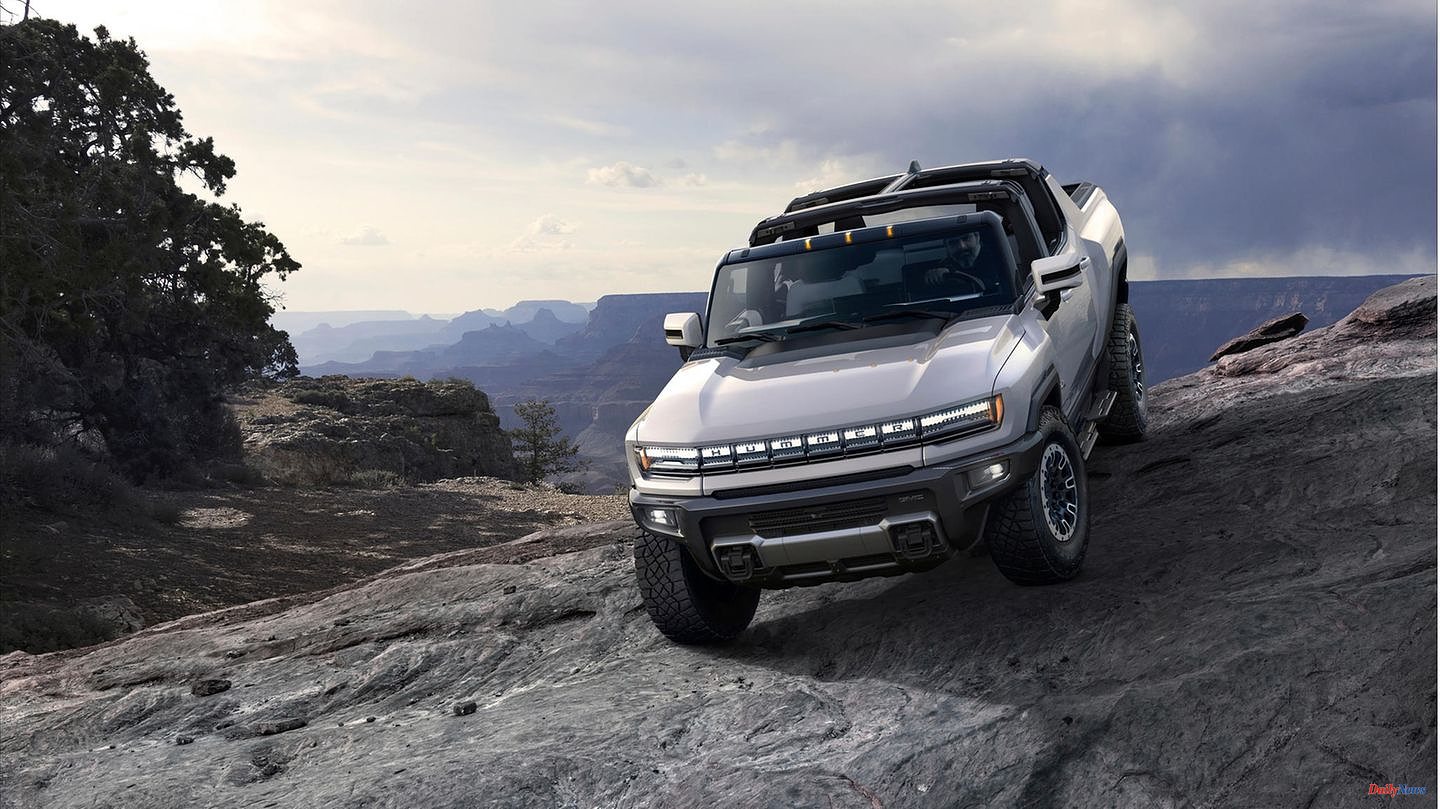 Powerful engine, off-road characteristics, swanky looks: the Hummer is characterized by striking characteristics. However, General Motors (GM) stopped producing the SUV with a combustion engine a few years ago. The car company is now releasing the car in a new generation as an electric car.

The GMC Hummer EV will initially appear as a pick-up, later also as an SUV model. Depending on the variant, a maximum of three electric motors drive the electric giant. The pick-up has up to 1000 hp and should be able to accelerate from 0 to 100 km/h in three seconds, the SUV with up to 830 hp should need half a second more for this. The maximum torque is a powerful 15,500 Newton meters.

The all-wheel drive GMC Hummer EV shows off superlatives: no other vehicle from the competition drives so far and achieves such a level of performance - even off-road. At the push of a button, the electric car engages the "crabwalk" and moves its 35-inch off-road wheels like a crab in a diagonal direction in order to free itself from stuck situations. The rear wheels, which can be turned by up to ten degrees, also steer. With the help of the "Crabwalk", the 4.5-ton pick-up also drove through the Rubicon Trail in California, the most difficult off-road course in the world.

Eight cameras enable up to 18 views on the pick-up (17 on the SUV), which are installed in the vehicle floor, among other things. The driver should always be able to keep an eye on what is happening underneath the vehicle. If there are larger stones, the GMC Hummer EV can be raised by 15 centimetres. Lowering by five centimeters is also possible. The underbody of the vehicle is specially protected - with the first pick-up version even with armouring as standard. Driver assistance systems should enable autonomous driving functions, such as hands-free driving and automatic lane changes.

"We wanted to show what's electric," says Tim Crewe, GM's director of e-strategy. "The experiences we made with the Hummer flow into other electric models." At GM, the pick-up Chevrolet Silverado, the two SUVs Chevrolet Blazer and Chevrolet Equinox, the Cadillac models Lyriq (crossover) and Celestiq (luxury sedan) are all waiting for their market launch. All are based on the newly developed Ultium architecture.

The GMC Hummer EV is also built on this basis - but gets the maximum out of it. The battery modules are arranged in two tiers, weigh 1.5 tons and have a capacity of more than 200 kWh. This should allow the pick-up to travel 560 kilometers – the equivalent of a consumption of a good 36 kWh per 100 kilometers. For comparison: The currently largest electric SUV on the German market, the BMW iX, has 19.8 kWh per 100 kilometers according to WLTP.

The car is available with an 800 volt fast charging system, which is said to put up to 350 kW of direct current into the battery. The SUV is up to 300 kW. The former should be able to charge electricity for a range of around 160 kilometers in ten minutes. The charging process of the battery is represented by elements that light up in the headlights.

Otherwise, the electric five-seater looks relatively similar to its predecessor models. In the interior, GM relies on a 12.3-inch driver's display behind the steering wheel and a 13.4-inch central display with touch function. A roof is available on the pick-up, which can be removed, turning the car into a kind of convertible.

The first version of the pickup was available for pre-order last fall for $112,000 - more expensive than any other pickup in the company - but has now reached its maximum reservations limit. The next version should be available next autumn, two more lower-performance and cheaper versions in spring 2023 and spring 2024. The last two versions are priced at $94,650 and $84,650 respectively.

The GMC Hummer EV as an SUV model with a comparatively shorter wheelbase, less battery capacity and less power is to be launched in the first version from spring 2023. It too has already reached the maximum number of reservations, the second and third versions are announced for spring 2023. In the spring of 2024, a fourth version will come onto the market. Whether the electric Hummer will actually come to Europe cannot yet be said with certainty.

1 He shot his girlfriend Reeva Steenkamp: Oscar Pistorius... 2 Model and actress: Your ex is begging for a second... 3 Unknown persons attack the house of a well-known judge 4 What contacts did the "star" have with the... 5 Norway regrets incident: Consul "hates Russians"... 6 Power grid at the limit: data centers choke off London... 7 "Outgrown German baseball": cult club makes... 8 Ladiges cooks: It doesn't always have to be salmon 9 Filmfest award: Matt Dillion feels too young for this... 10 Prices before quadrupling: For gas customers, it will... 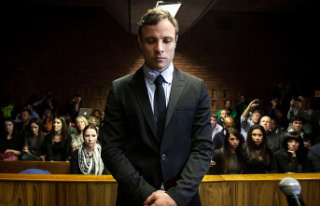