After the attack on Ukraine, Russia has to sell its oil and natural gas worldwide at bargain prices. 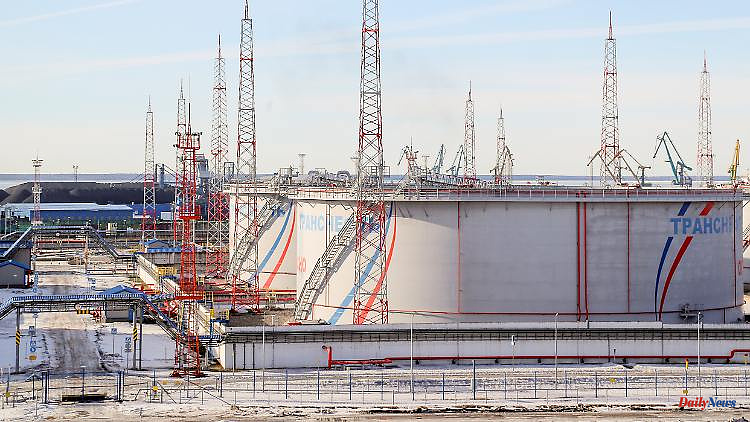 After the attack on Ukraine, Russia has to sell its oil and natural gas worldwide at bargain prices. Nevertheless, Moscow earns a lot - mainly thanks to China and the EU. Germany is the second largest buyer of Russian energy, and France is even increasing its imports.

According to one analysis, Russia made 93 billion euros in revenues from fossil fuel exports in the first 100 days of its war against Ukraine. This is according to a report by the Finland-based Center for Research on Energy and clean Air (CREA). Accordingly, the EU is still by far the largest buyer of Russian gas and oil.

The EU accounted for 61 percent of Russia's fossil exports between February 24 and June 3, according to CREA. This corresponds to 57 billion euros. Among the individual countries, China was the most important customer with 12.6 billion euros, followed by Germany with 12.1 billion and Italy with 7.8 billion euros.

Russia's revenues come primarily from the sale of crude oil at €46 billion, followed by gas in pipelines at €24 billion. The rest of the revenue comes from the sale of petroleum products, liquefied natural gas (LNG) and eventually coal.

The European Union recently decided on a gradual embargo - with some exceptions - on its oil imports from Russia. However, Russian gas, on which the economic bloc is heavily dependent, has not been affected so far. Although imports fell in May and Russia is forced to sell its mineral resources at bargain prices on international markets, the Kremlin is benefiting from the world's skyrocketing energy prices.

While some countries like Poland, Finland and the Baltic states have reduced imports since the war began, others like China, India and EU member France have increased purchases. "While the EU is considering tougher sanctions against Russia, France has increased its imports, becoming the world's largest buyer of Russian LNG," said CREA analyst Lauri Myllyvirta.

The expert emphasized that imports are spot deals and not long-term supply contracts. This means that despite the invasion of Ukraine, France made a conscious decision to use Russian energy. "France must balance its actions with its words," Myllyvirta urged. "If it really supports Ukraine, it must immediately implement an embargo on Russian fossil fuels and quickly develop clean energy and energy efficiency solutions."

1 The lessons of the Baku race: Verstappen mercilessly... 2 Hesse: Five injured after a rear-end collision on... 3 District elections in Saxony: AfD does not get its... 4 Bavaria: 23-year-old is in mortal danger after a swimming... 5 Union can assert itself: AfD successes in Saxony are... 6 During a film shoot in Italy: actor Volker Bruch initiates... 7 The night of the war at a glance: Selenskyj asks for... 8 Bavaria: Fire causes high damage in Upper Bavaria 9 Attack in Hamm University: Woman dies after a knife... 10 "We strengthen each other": Bavaria mourns... 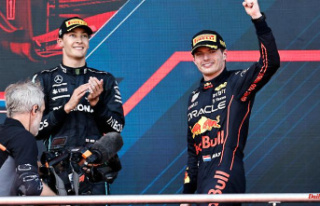 The lessons of the Baku race: Verstappen mercilessly...