"Energy prices remain high": How Germany is coping with the consequences of the war

100 days of war against the Ukraine did not go unnoticed in Germany either. 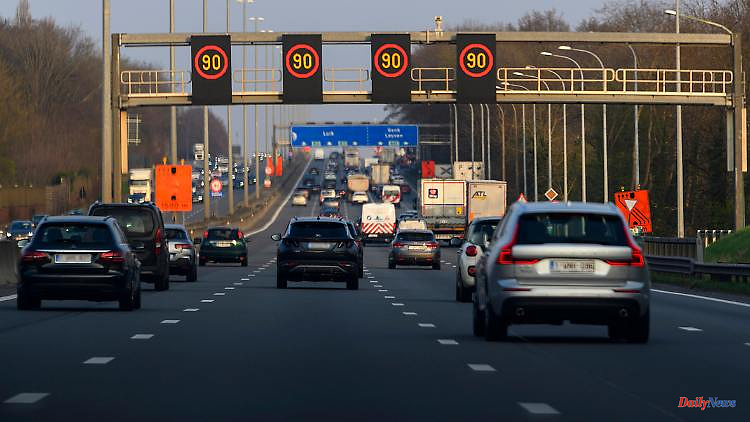 100 days of war against the Ukraine did not go unnoticed in Germany either. Economist Jan Schnellenbach predicts that consumers will have to adjust to persistently high energy prices. However, he does not see Germany's prosperity in danger. In an interview with ntv.de, the economist explains why he thinks the tank discount is problematic and why we should up the ante with the sanctions against Russia: a gas embargo. The professor teaches at the Brandenburg Technical University in Cottbus.

ntv.de: Many economists warned against energy embargoes because they believe they harm us more than Russia. You're right?

Jan Schnellenbach: In my opinion not. I think the calculations of the economists led by Rüdiger Bachmann are the most accurate. In the worst case, a gas embargo would mean a three percent loss in gross domestic product (GDP). I think the argument that an embargo would disrupt supply chains because certain factories in Germany would have to be shut down is wrong. Because even if individual production steps could no longer take place here, a lot could be compensated for through imports.

So you would be in favor of an embargo on Russian gas too?

I can understand the political concerns, but from an economic point of view I would be in favour. We would get a recession. This is serious, but can be avoided. On the other hand, I definitely see effects in Russia. The production of military goods there has already stalled because there is a lack of preliminary products. That would be even more difficult if there were no foreign exchange. In addition, about 40 percent of the Russian state budget is financed by taxes on energy exports. If these were to disappear, the Russian government would either have to raise taxes or accept relatively high inflation, which would mean a loss of confidence among the population. Well-known Russian economists like Sergei Gurijew, who teaches in Paris, predict that if there is a comprehensive energy embargo on oil and gas, Russia can probably only afford to wage war for a few more months.

What are the consequences of the EU's graduated oil embargo, which excludes pipeline oil, for the German economy and German consumers?

It won't affect us particularly, we want to become independent of Russian oil by the end of the year anyway and have already found alternative suppliers. The dependence on Russian oil from the refinery in Schwedt will also be resolved. However, we have to reckon with higher prices, since the bottom line is that the supply will fall again as a result of the embargo. That will hit us, but the experts on the commodity markets are not anticipating extreme swings.

However, energy prices are already so high that the federal government has put together a whole package of aid for consumers. What do you think of the relief measures?

I think the tank discount is very problematic, because we actually have to save as much as possible as quickly as possible in order to become independent of Russian oil. The discount, on the other hand, sends the wrong signal that saving energy is less urgent than it actually is. In addition, petrol prices will rise in the medium term anyway due to the need for further increases in the price of CO2. A tank discount is also counterproductive and creates false expectations among consumers. In addition, the mineral oil companies have already anticipated the discount and have increased the fuel prices independently of the price of crude oil. So they use their market power, even if perhaps not as a formal cartel, but through informal coordination to price the discount. The fuel discount and 9-euro ticket together cost around 5.5 billion euros. This could have been used to expand local public transport in rural areas, for example. Instead, the federal government burns the billions with no long-term effect.

Do we have to adjust to permanently high energy prices?

The prices will remain at a relatively high level for the foreseeable future, yes. There are no signs that other countries are massively expanding their production, especially of oil.

How can such prices for people with low incomes be cushioned in the long term?

One would have to increase the transfer payments as well as the basic security, here an adjustment to the high inflation is necessary anyway. You can also think about increasing the commuter allowance. The counter-argument that the money comes too late for those affected is not true: taxpayers can register higher allowances. At the same time, however, we all have to reduce our consumption, for example drive more slowly and less often.

What will we have to do without in the future? Is it now over with the prosperity of large parts of the population?

Despite high inflation, our prosperity is still great. The dip in purchasing power will be partially compensated for by the next wage rounds, there will be higher wage agreements. What is actually important anyway is long-term growth through progress and increases in productivity. This does not have to be choked off by the current short-term disturbances and also by rising energy prices. So we're going through a transition period with necessary, costly adjustments, but we don't have to fundamentally say goodbye to increasing prosperity.

Is the high inflation in this country really mainly due to the Ukraine war? Energy prices rose even before the war began.

Exactly, the inflation is certainly also a consequence of the expansive monetary policy of the ECB, which has greatly expanded the money supply. However, it is difficult to calculate which cause exactly accounts for what proportion of the current inflation rate. Prices were also strongly driven by supply chains that were interrupted during the corona pandemic, especially in China. Because there was a lack of preliminary products such as semiconductors for the automotive industry, prices rose.

Supply chains were also interrupted by the Ukraine war. How bad is the damage here?

That's difficult to quantify. But this shows again that the substitution works. The car industry, for example, found other suppliers for the wiring harnesses relatively quickly. The flexibility of companies is often underestimated. As a result, products will become somewhat scarcer and more expensive in the short term, but the adjustments will work without production collapsing completely.

In addition to Russian energy sources, we are also boycotting other Russian exports such as wood and cement. How are these sanctions felt in this country?

The prices of building materials are rising, building is becoming noticeably more expensive. However, we do not have particularly strong trade relations with Russia, but primarily source raw and basic materials from there. That's why these sanctions don't hit us so hard.

What other punitive measures against Russia do you propose?

I think punitive tariffs on energy imports are a good idea if we can't get through to a gas embargo at European level. Then gas would continue to flow, but a large part of the profits would be siphoned off. This could even be implemented nationally. However, our negotiating position with Russia is worse for gas than for oil, where we have many alternative suppliers.

Numerous foreign companies have already withdrawn from Russia - are these isolated cases that can cushion this well or are the consequences greater?

This is painful for individual companies, but for the most part they produced in Russia for Russia. If the business goes away, these profits will not appear on the balance sheet, but the damage in Germany is manageable. 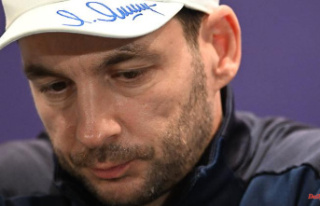